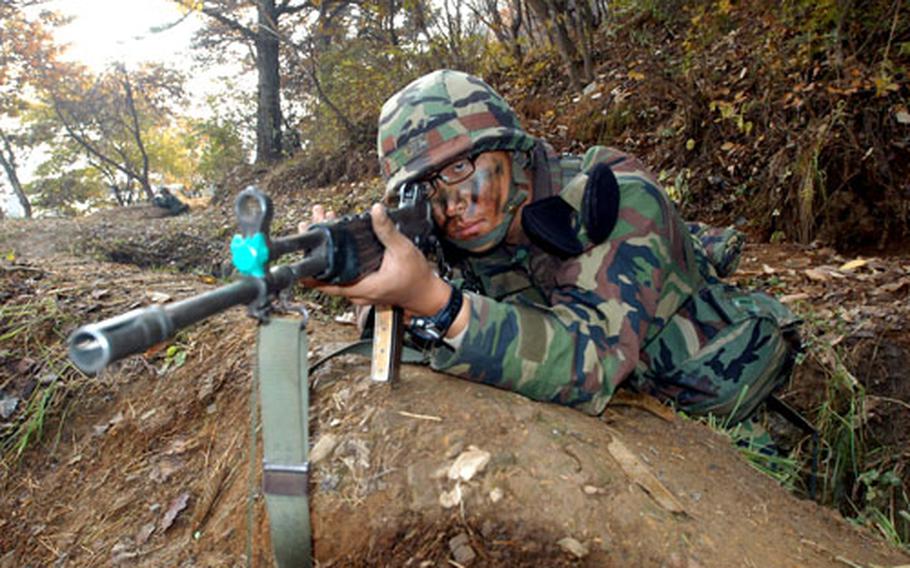 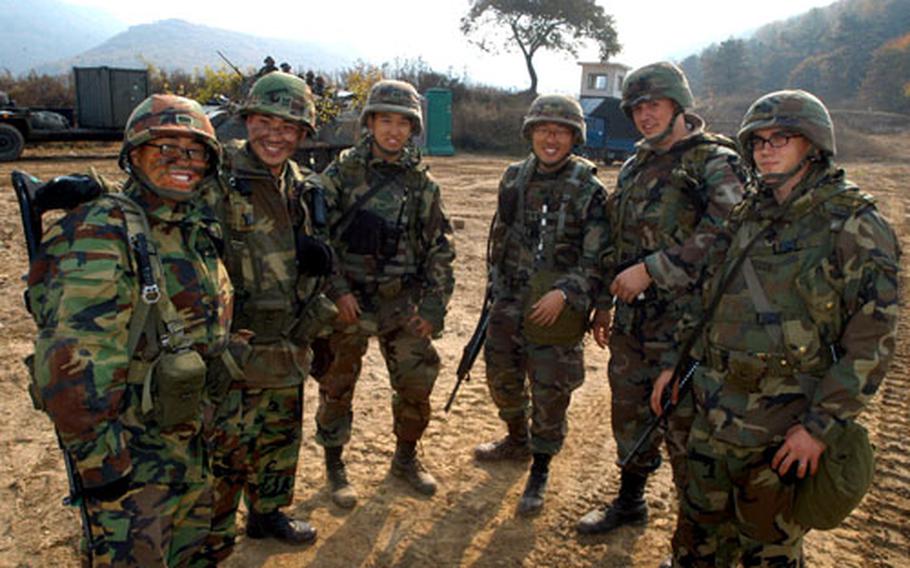 U.S. and Republic of Korea Army soldiers pause for a moment during training on Thursday. (Seth Robson / S&S) 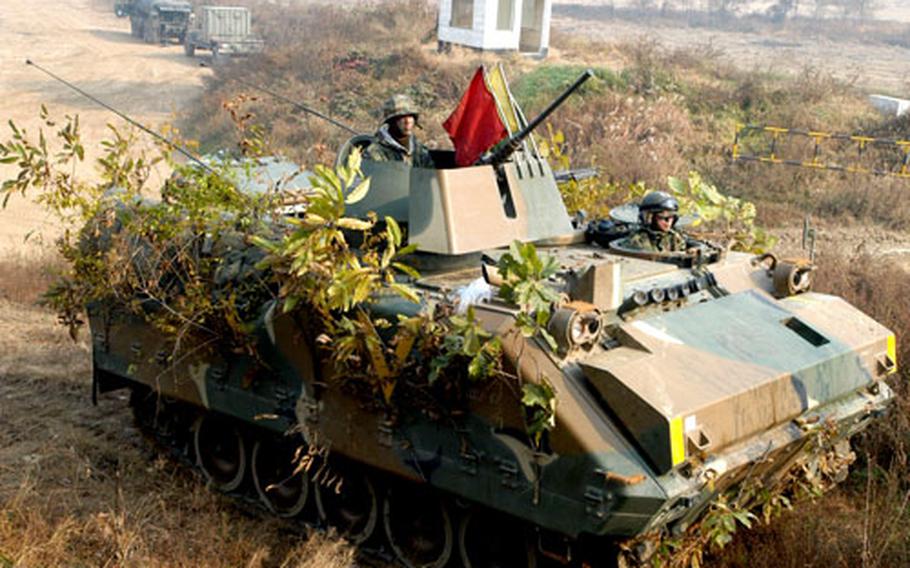 It was the first time Lyke had trained with South Koreans in his 16 months stationed on the peninsula.

&#8220;I know the battery and the battalion are trying to get more and more integrated into the ROK (Republic of Korea) exercises. When we know they are going to the field, we use our ROK liaison officers to see about coordinating training opportunities,&#8221; he said. &#8220;If we are going to have a true coalition, we want to make sure we are fostering that by working together and getting used to their tactics and procedures.&#8221;

Cpl. Jung Kyung-hoon, a 21- year-old KATUSA, said the South Korean soldiers were curious about his job and that he told them it was good.

South Korean soldiers &#8220;are very different than U.S. soldiers,&#8221; he said. &#8220;Their training schedule is really tight, and they don&#8217;t get enough rest. Sometimes the ROK Army just thinks the U.S. Army is not motivated and not good. The only time they hear about us is when there is an accident. But when they train with us, it makes them think about us for real. We have got to do more of it.&#8221;

One of the South Koreans training with Battery B, Jeong Jeong- jin, 23, said working with Americans is interesting. He said he was interested in their &#8220;valuable equipment&#8221; and the fact that only three U.S. soldiers ride in each rocket system, whereas seven or eight South Korean soldiers ride in a South Korean Armored Personnel Carrier.

Battery B platoon leader 2nd Lt. Kristofer Fosmoe, 23, of Las Vegas, was busy moving his three rocket system units about the range, ordering them to take cover while they waited for a mission.

&#8220;When they receive the mission they come to a firing point which is more open,&#8221; he said. Then, after they fire, &#8220;they move to a reload point and get more ammo,&#8221; he explained as a personnel carrier full of ROK soldiers ground its way up a muddy track behind him.

In seven months in South Korea, Fosmoe has seen a lot of ROK soldiers at training ranges.

&#8220;Sometimes they will be co-located with us. It always works out great,&#8221; he said. &#8220;There are more similarities than differences. They smoke cigarettes like our soldiers, and they want to make sure they get fed like our soldiers and want to know when they are going to sleep. Soldiers are kind of the same everywhere.&#8221;