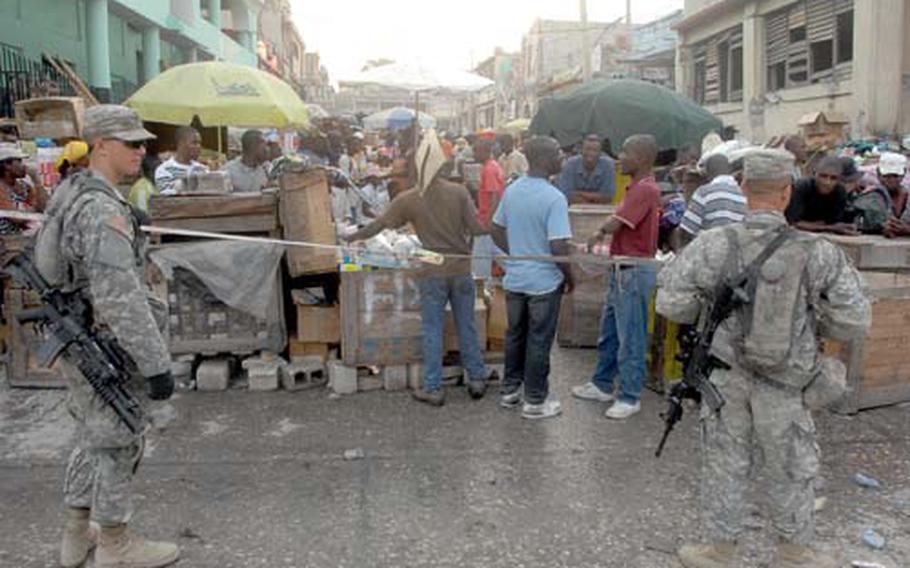 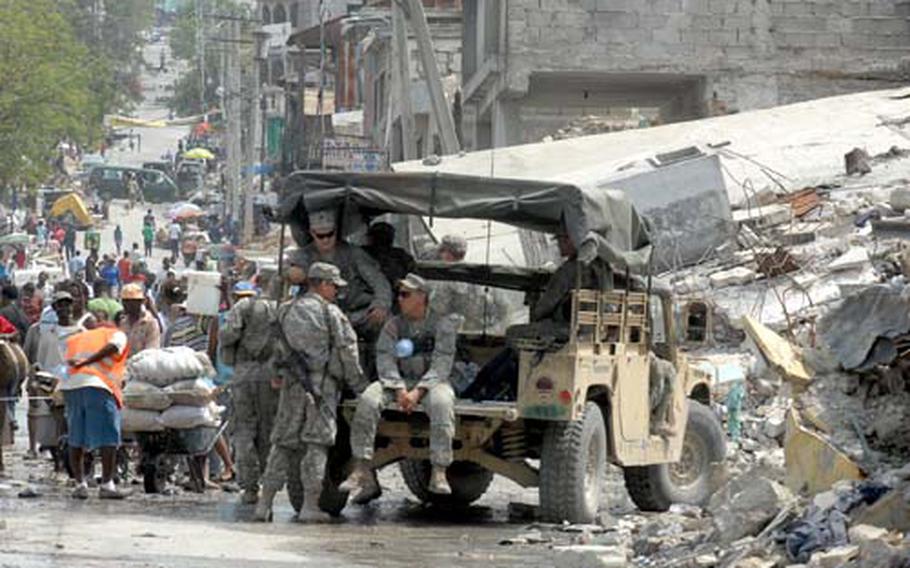 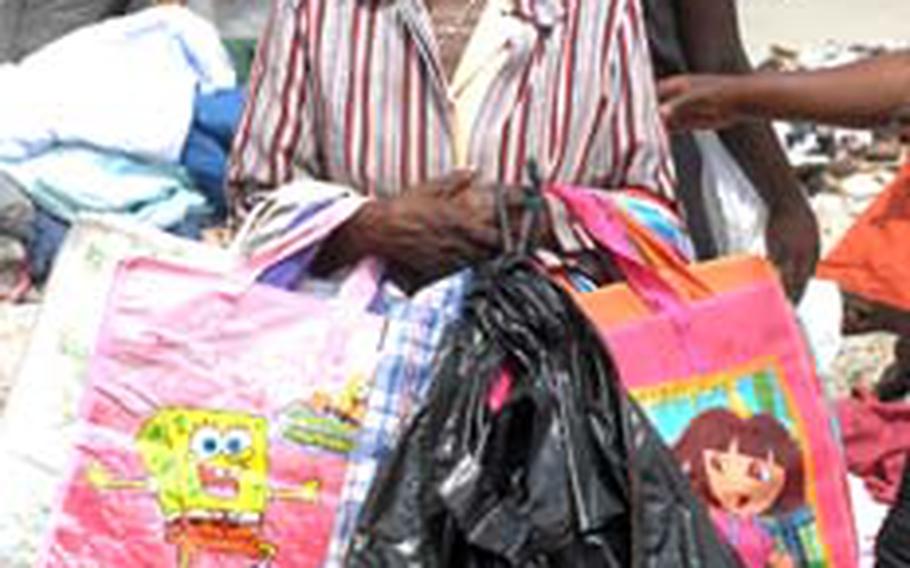 Markets in Port-au-Prince have bounced back to life quickly after the earthquake. (Seth Robson / S&S)

The shots were fired shortly before noon, according to soldiers from the 2nd Battalion, 325th Airborne Infantry Regiment, who occupy a base called LZ4 on the Port-au-Prince waterfront.

It was not clear if the shots were fired by the police or the looters.

Spc. Stevan Smith, 30, of Philadelphia, said he was playing cards with other soldiers when bullets struck their tent.

&#8220;We just heard a sound like firecrackers and then there were all these holes in the tent,&#8221; he said, pointing out the places where the shots had passed through at about head height.

Despite Haiti&#8217;s long history of bloodshed, in just over seven weeks since U.S. forces arrived, there appears to have been few instances of soldiers encountering violence. Troops don&#8217;t wear body armor or helmets on patrols but they carry loaded weapons and provide security and crowd control during reconstruction missions.

Things have been so quiet, in fact, that Joint Chiefs chairman Adm. Mike Mullen said during a visit last week that about 30 percent of personnel providing security were no longer required.

Spc. Josh Vininen, 24, of Milford, Mich., who is also based at LZ4, said his unit has reduced its missions.

&#8220;We are not out that often,&#8221; he said, adding that the soldiers are spending their down time doing weapons maintenance and training, or playing cards and exercising.

On a small base like LZ4, a converted helicopter landing area, exercise amounts to running around a track a few hundred yards long, doing pushups and sit-ups and completing five pull-ups before each meal.

However Staff Sgt. Nicholes Turner, 26, of Long Beach, Calif., also at LZ4, said his company is still giving out tents to Haitians.

As downtime increases, soldiers&#8217; thoughts have increasingly turned to home. The fact that they do not get some of the benefits that soldiers in Iraq and Afghanistan receive, such as combat pay and tax-free status, doesn&#8217;t help.

Last week, 2nd Battalion soldiers at LZ4 stood in formation hoping their commander, Lt. Col. David Doyle, 38, was about to announce a date when they could go home. But they were disappointed.