U.S. soldiers team up with Romanian troops for Afghan mission 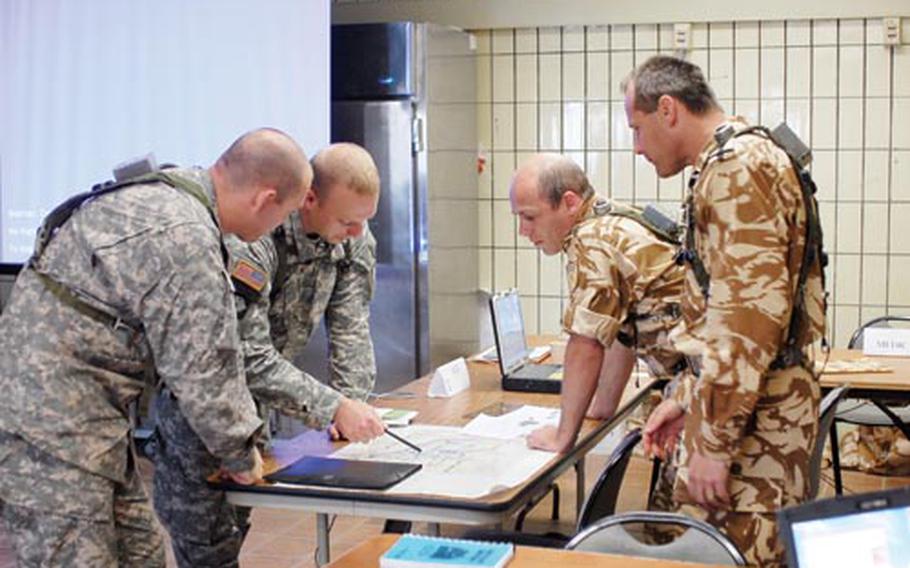 HOHENFELS, Germany &#8212; When it comes to getting ready for the fight in Afghanistan, the 1st Battalion, 4th Infantry Regiment does things a little bit differently than other U.S. Army units.

The unit is preparing to send a company in the late summer to Zabul province, but unlike other Army units, they won&#8217;t be part of a U.S. battalion. The 1-4 attaches to a Romanian army battalion when it deploys.

The unit also deploys for six to eight months, rather than the 12-month stints most units are accustomed to. But the 1-4 always has a unit rotated into Afghanistan, said Sgt. 1st Class Robert Hartfield.

"To me, working with a foreign unit, once you learn each other, it is a lot easier," Hartfield said.

"It does paint a good picture of what they are capable of," Capt. Kyle Wheeler, the commander of the 1-4&#8217;s Company A, said about the joint training.

When 1-4 soldiers aren&#8217;t in Afghanistan or training to go there, they are simulating the Taliban or other insurgents to train American and allied countries&#8217; forces.

To gear up for this coming deployment, the 1-4 has been training with their Romanian counterparts at the Joint Multinational Readiness Center in Hohenfels. And earlier this year soldiers from the unit went to train in Cincu, Romania.

The troops are now at Hohenfels for a mission rehearsal, Hohenfels spokesman Maj. Sean Fisher said.

"It&#8217;s about building a team early," Fisher said. The Romanians are proficient in English, he said.

The joint U.S.-Romanian force&#8217;s mission in Afghanistan will be to keep Highway 1, a vital roadway, secure to keep military supplies and units flowing to where they need to be, Fisher said.

The joint arrangement with the 1-4 helps to tip the fight in NATO forces&#8217; favor, said Romanian army Capt. Cimpeanu Rares. Rares is one of the officers who will be coordinating and planning missions with the 1-4 from the Tactical Operations Center in Afghanistan. He is part of the Romanian Army&#8217;s 280th Infantry Battalion based in Focsani, Romania.

"We got things to learn from them. They try to understand the way we work and our procedures," Rares said.

The upcoming deployment will be the second time that U.S. Army Staff Sgt. Joseph Rivera has worked with the Romanians. This time he will be working with them in the TOC.

He said the units won&#8217;t conduct joint patrols, but can work together in the field, for example, by having a Romanian mortar unit support U.S. forces if needed. Soldiers said that during training the Romanian unit proved to be highly skilled mortar men.

"The biggest thing for me was knowing that if I needed mortar support from the Romanian mortar team is it would be there and it would be accurate," Hartfield said.