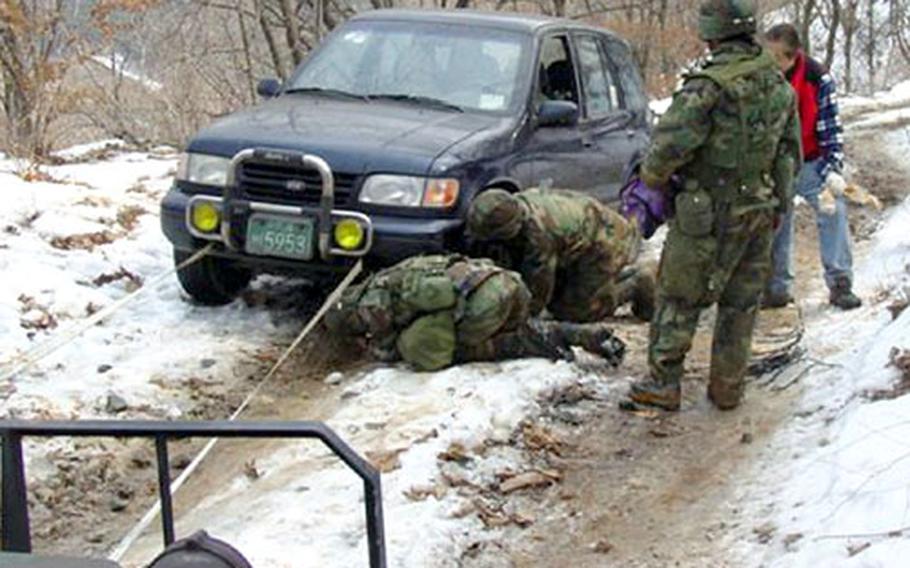 Soldiers from the 2nd Infantry Division attach a line to Kim Soung-ho’s vehicle to pull it from a snow bank on Mount Bojang in March. (Photo courtesy of U.S. Army)

Soldiers from the 2nd Infantry Division attach a line to Kim Soung-ho’s vehicle to pull it from a snow bank on Mount Bojang in March. (Photo courtesy of U.S. Army) 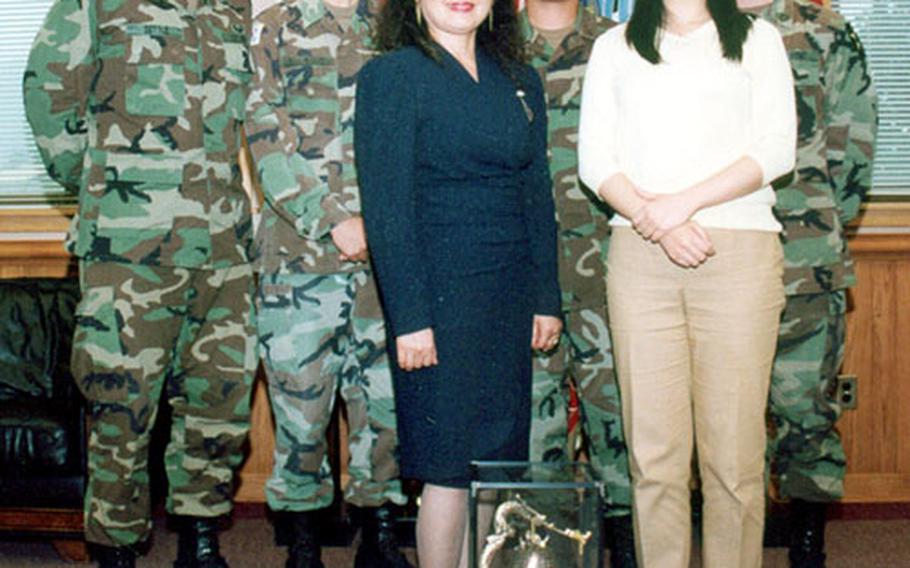 Last March, his passion for the subject took him exploring on Mount Bojang in the northern part of South Korea, where his beat-up sport utility vehicle became stuck in the snow, according to his daughter.

Attempts to call for help on his cell phone proved useless. He faced the prospect of spending the night in the car until four U.S. and two South Korean soldiers happened by. Using their hands as shovels, they dug out the SUV and hitched it to their Humvee, according to 8th U.S. Army public affairs officials.

This week, Kim&#8217;s family and Maj. Gen. George A. Higgins honored the soldiers&#8217; rescue efforts. Kim paid for plaques that were presented to the soldiers and even offered to take them to dinner if possible, according to his daughter, Kim Joo-hee.

Kim said he was most impressed with Sgt. Neil A. Settle, who used his bare hands to dig through the snow.

The soldiers pulled out the truck and then made sure Kim got down the mountain safely.