U.S. seeks cause of Afghan crash 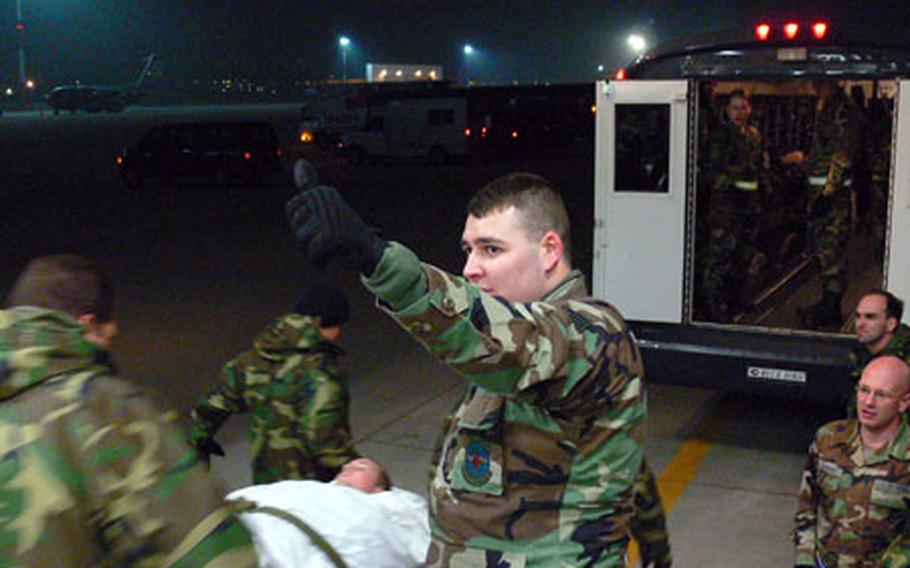 U.S. troops have finished inspecting the site of a helicopter crash in Afghanistan that killed eight servicemembers Sunday. And officials with Combined Joint Task Force-76 said Tuesday the Chinook helicopter, damaged beyond repair, was destroyed to prevent insurgents from recovering anything useful.

&#8220;An investigation based on photographs and other findings collected during cleanup and recovery operations over the last 24 hours will attempt to verify the cause of the crash,&#8221; a news release read.

Officials have said they do not believe enemy fire caused the crash, which occurred near Highway 1, the main road between Kabul and Kandahar.

Meanwhile, 11 of the 14 crash survivors are being treated at Landstuhl Regional Medical Center, according to the Air Force. They arrived early Monday morning at Ramstein Air Base in Germany in a C-17 Globemaster III modified to carry patients.

Members from the Ramstein-based Contingency Aeromedical Staging Facility transported the wounded soldiers and Marines south to Landstuhl by bus. Seven of the patients were considered &#8220;urgent&#8221; and four patients were listed as &#8220;priority,&#8221; according to an Air Force press release.

The patients suffered head and chest injuries in addition to multiple fractures, according to Lt. Col. Lenora Cook, who is quoted in the release. A pair of intensive care unit teams flew aboard the plane to help stabilize the patients on the nearly eight-hour flight.

Also, on Tuesday, U.S. and Afghan troops called in air support when Taliban militants attacked a unit trying to clear a roadside bomb in Uruzgun province. The Taliban fighters retreated to a cave, which was struck by a 2,000-pound bomb, sealing the entrance.