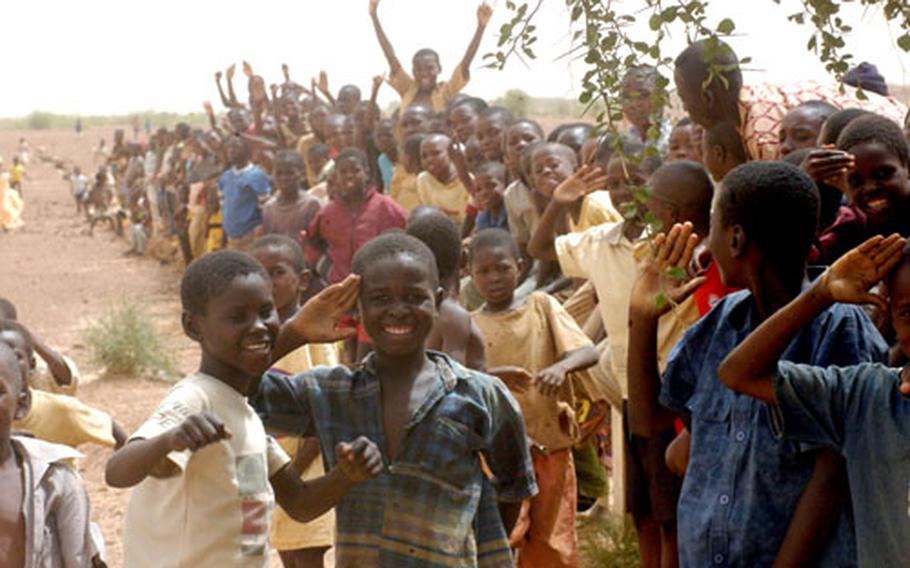 Children at an airstrip outside Tahoua, Niger, gather to watch a C-17 carrying U.S. soldiers take off. The Europe-based soldiers had just finished a training mission as part of Flintlock 05 in June. (Charlie Coon / S&S)

Children at an airstrip outside Tahoua, Niger, gather to watch a C-17 carrying U.S. soldiers take off. The Europe-based soldiers had just finished a training mission as part of Flintlock 05 in June. (Charlie Coon / S&S) 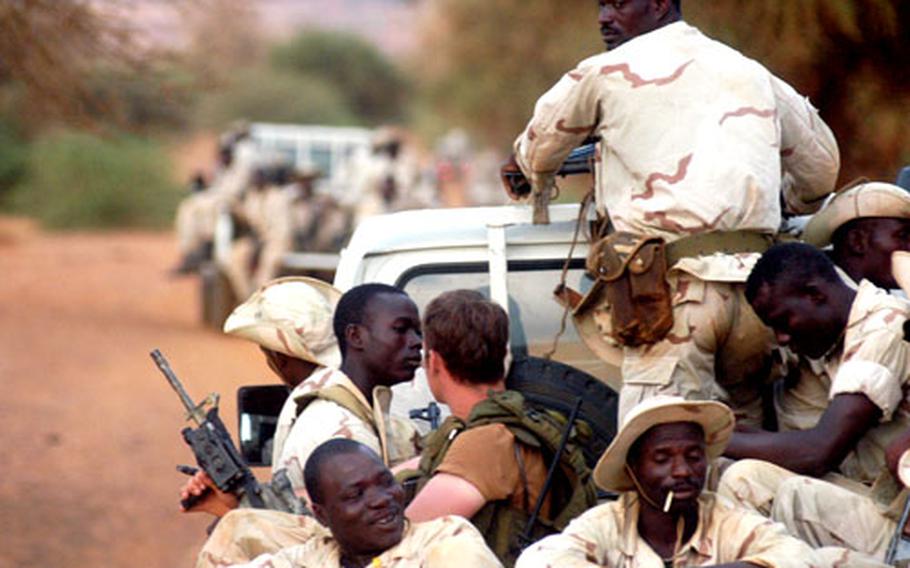 U.S. soldiers, such as this staff sergeant from 1st Battalion, 10th Special Forces Group, center with T-shirt, likely will be deployed to Africa for years to come if U.S. military planners have their way. (Charlie Coon / S&S) 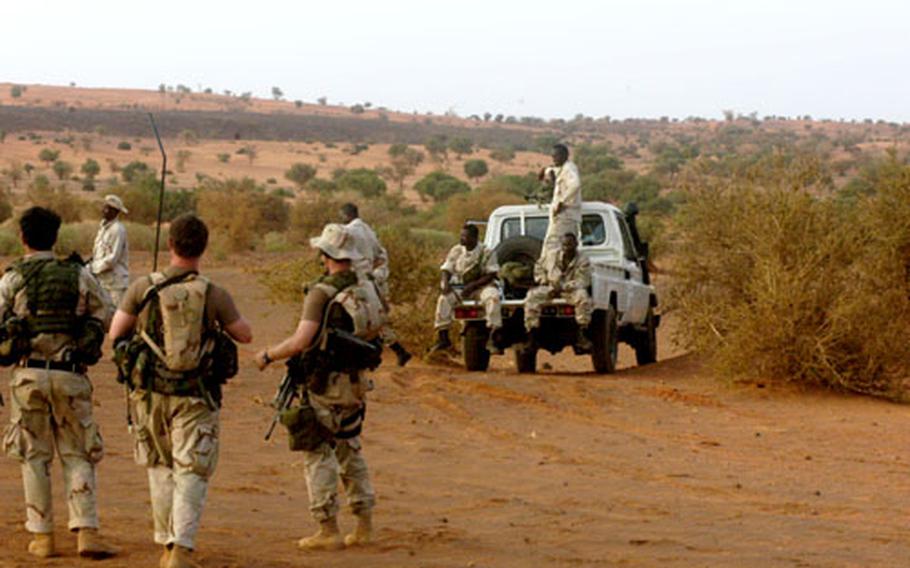 STUTTGART, Germany &#8212; If military planners have their way, U.S. troops are going to be deploying to Africa for years or maybe decades.

They hope, though, it&#8217;s just a small piece of a larger plan to win the heart of the giant and troubled continent.

State Department officials want African nations to become trading partners and not economic dependents. Aid workers warned that some nations are ripe for upheaval. Diplomats wished that aid programs to Africa, and those who administered them, would stick around for a few years and not fade away.

So they came to Stuttgart for the conference, met people they&#8217;d known only through e-mail, talked about problems and resources and common goals, and left on Friday believing they could work together.

Signs point to trouble in some African nations.

Economic decline, large numbers of weapons, a history of insurgency and very high ratio of unemployed and desperate young people make countries ripe for chaos, according to Sharon Morris, a senior adviser with the Office of Conflict Management and Mitigation, U.S. Agency for International Development, or USAID, a taxpayer-funded, independent aid agency.

In many northern African nations, birth control isn&#8217;t even a concept, let alone a reality. Morris said in most of those nations, at least half the residents are 15 years old or younger.

Morris, who has worked for USAID for almost five years, said she did not want her organization being associated with &#8220;anti-terrorism,&#8221; which has a militaristic ring. But she said people from poor nations are thankful for the basics, such as water, food and schools, and if the U.S. military can help deliver the goods, maybe they could help each other.

&#8220;But when we talk about coordination, we&#8217;re not talking about bundling stuff together, because people are suspicious of the U.S. military, especially in these areas.

EUCOM recently finished the Flintlock 05 mission, where U.S. troops went to five of the nations to train their militaries. Four other nations came aboard for a trans-borders communications exercise. They were the latest in a string of recent training and humanitarian missions by U.S. forces in the mostly Muslim nations.

Most who attended the Stuttgart conference said that continuity is the key for the United States to defeat its competition &#8212; violent Muslim extremists &#8212; in northern Africa.