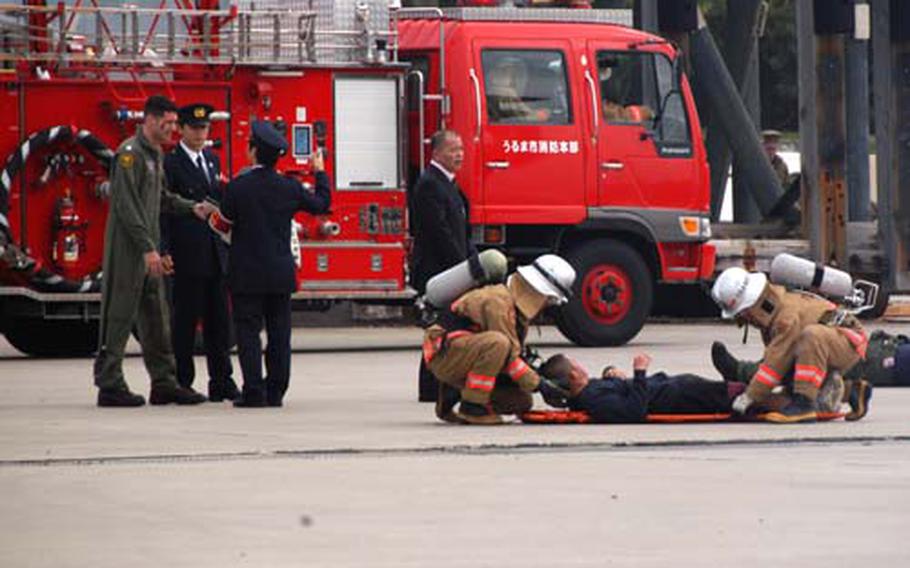 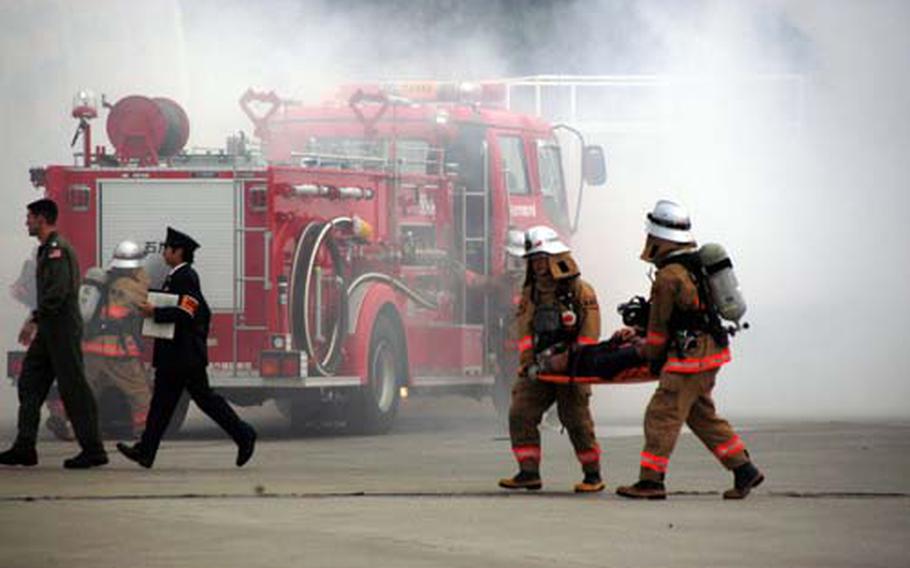 Uruma City firefighters carry a "wounded" sailor to a nearby ambulance Wednesday during an exercise with U.S. military and Japanese emergency responders. The scenario involved a U.S. Navy aircraft crash outside a military base. (Natasha Lee / S&S)

The rescue unfolded as swiftly as the smoke that bellowed from the burning U.S. Navy plane.

The drill, set on White Beach Naval Facility, centered on a Navy plane crash that occurred outside a military base &#8212; killing two crewmembers and injuring three others. Several nearby civilians were apparently struck by debris.

The exercise was the third to occur on Okinawa under a 2005 agreement between Japanese and U.S. military officials to improve coordinated response to accidents involving military aircraft outside bases. The drill, which involved more than 100 Okinawa and U.S. military emergency responders, was a first for the Navy.

Within 30 minutes, survivors had been whisked away in ambulances, and U.S. and Japanese officials were assessing the events.

Under the guidelines set by the U.S. military and Okinawa Crisis Management committee, Japanese officials are given increased control over the outer perimeter of a crash site to maintain order, and U.S. and Japanese agencies jointly control the inner site and access points.