U.S. sailors, Marines join Australian forces for exercise down under 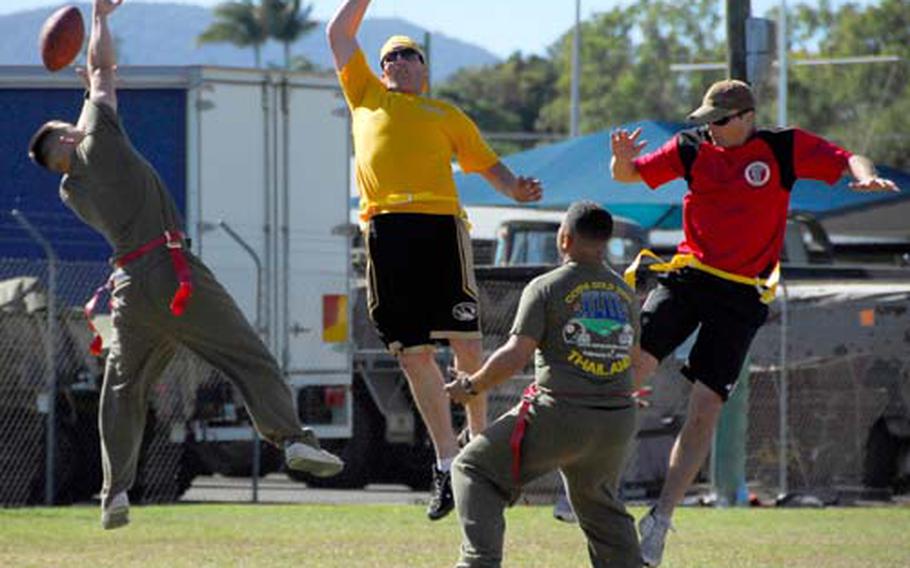 Servicemembers from Australia and the United States played football during the July 4th celebrations at Rockhampton during Exercise Talisman Saber 2009. (Neil Ruskin / Courtesy of the Australian Defense Force)

Servicemembers from Australia and the United States played football during the July 4th celebrations at Rockhampton during Exercise Talisman Saber 2009. (Neil Ruskin / Courtesy of the Australian Defense Force) 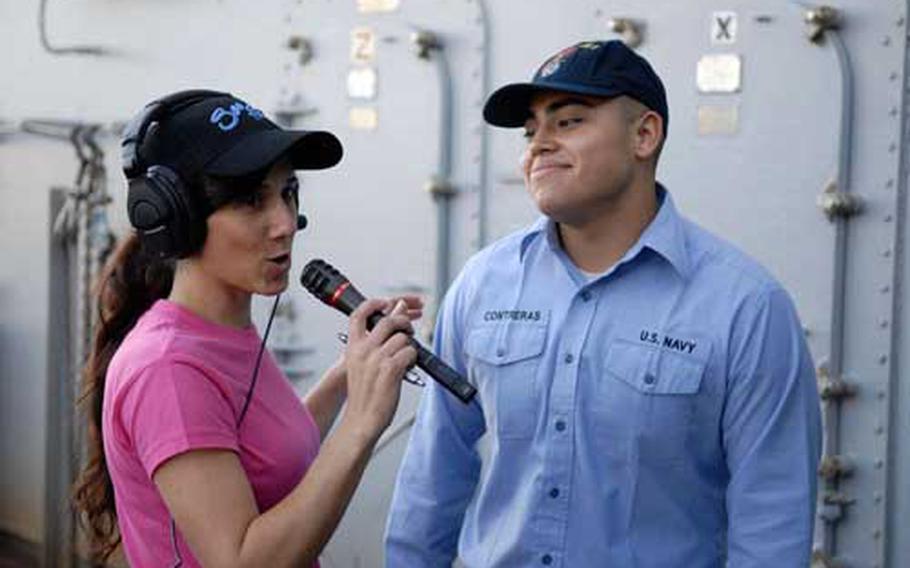 Navy Airman Wagner Contreras, of Pomona, Calif., gets an introduction last week from morning show DJ Nerissa Pace in Cairnes, Australia, as he prepares to sing during a live broadcast on the ship’s flight deck. Contreras’ ship, the USS Essex, visited the town as part of the Talisman Saber 2009 exercise. (Nardelito Gervacio / Courtesy of the U.S. Navy) 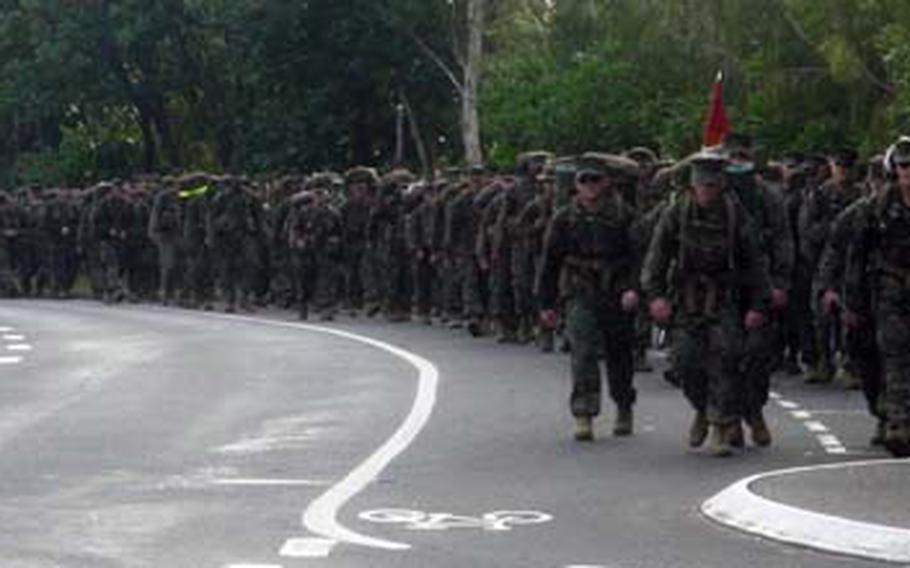 After gearing up for weeks, U.S. and Australian forces were moving into place along the Queensland coast this week for the start of Talisman Saber 2009.

The biennial exercise is to run until the last week of July in eastern Australia and will include thousands of U.S. sailors and Marines from Japan and Okinawa.

In all, about 30,000 military personnel from the two countries will take part in Talisman Saber this year, a figure that includes naval and aircraft personnel, the Australian Defense Force reported.

U.S. forces had been settling in and mixing with the Australians since arriving last month.

The USS Essex and Tortuga pulled out of the port town of Cairns on Monday after a weeklong visit that included liberty and a warm welcome from residents, local media reported. The Essex was originally scheduled to visit another port but changed course to Cairns, which braced for a surge in tourism.

The USS Denver also left nearby Townsville on Monday as the Navy warships positioned for the start of Talisman Saber, which is officially slated to begin Monday, according to Master Sgt. Lesli Coakley, spokeswoman for the combined force.

Meanwhile, Marines with the 31st Marine Expeditionary Unit, from Okinawa, set up camp to the south in Rockhampton and held July 4th celebrations over the weekend around Camp Rocky.

The joint military training will soon begin around Australia, primarily in Queensland, Northern Territory and the Coral Sea, according to the ADF.

The U.S. military trains regularly with countries throughout the Pacific region in a bid to maintain ties and prepare for future threats and disasters. But the exercise with longtime ally Australia is particularly large and elaborate.

This year, the U.S. will lead the training, which will include live-fire operations and will cover conventional conflict, peacekeeping and humanitarian aid scenarios.

The Queensland coast has a large amount of protected forests and nature areas and the Talisman Saber exercise has drawn criticism in the past from environmentalists who worry military operations will spoil local habitats.

The ADF said both militaries will uphold a "no footprint" policy that requires all debris, equipment and materials to be removed and all tracks and ditches to be smoothed over.