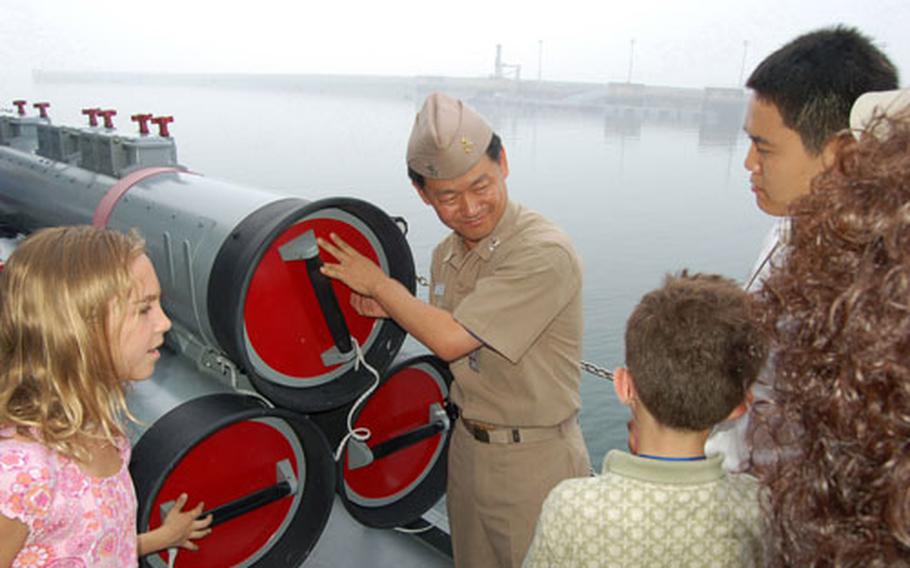 A group of U.S. sailors and their family members spent two days with their South Korean counterparts, enjoying recreational opportunities near the South Korean navy&#8217;s Second Fleet Naval Base in Pyeongtaek.

Sailors spent the first day of the event golfing, visiting a water park and spa or going to Independence Hall and Admiral Yi&#8217;s memorial hall.

Plans for the second day&#8217;s activities included a trip to Ijak Island for swimming and boat rides, but bad weather forced participants to go instead to the Korean navy&#8217;s Ulchimoonduk, the 2nd Fleet flagship, and the West Sea Engagement Monument.

&#8220;I think the weekend not only enhanced camaraderie, but it gave us the opportunity to see how similar our two navies are in our pursuits, ideals and goals. A true brotherhood was formed,&#8221; Lt. j.g. Jared Sweetser said.