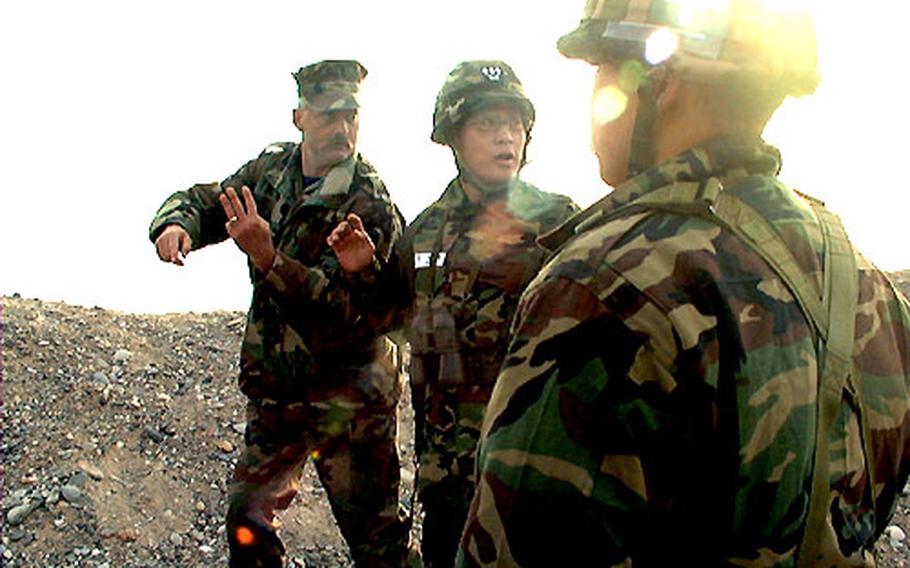 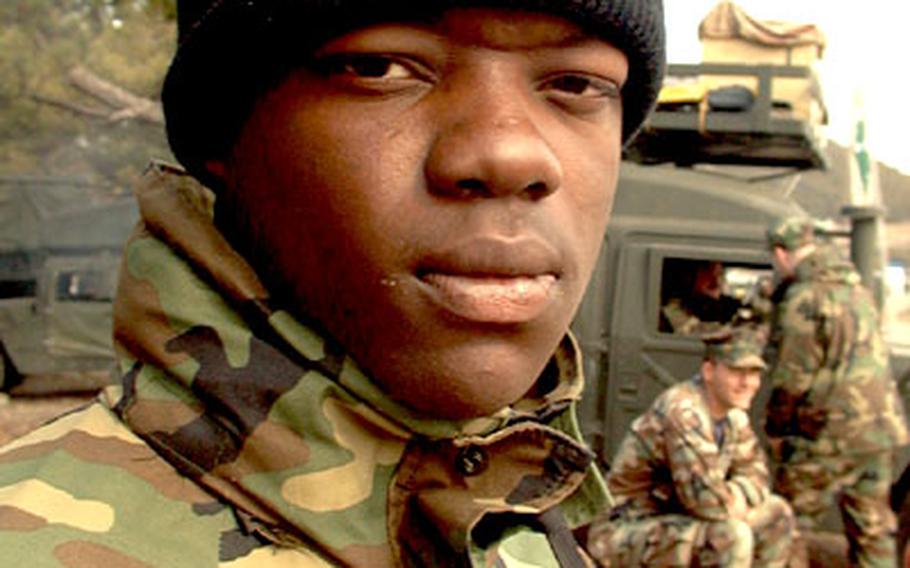 POHANG, South Korea &#8212; Navy Chief Warrant Officer John Bell took one look at the crowd of tracked vehicles, Marines and journalists at one end of the beach and knew he&#8217;d have to call the control ship for a change of plans.

A two-day beach assault exercise between U.S. and South Korean forces was under way at Toksok-ri Beach, about 18 miles north of Pohang, on the east coast. As a Navy beachmaster, Bell was in charge of getting successive waves of landing craft onto and off the beach.

&#8220;Our main job is to get people off of the craft and into the fight,&#8221; said Bell, officer-in-charge of Beachmaster Unit 1&#8217;s Detachment Western Pacific out of Sasebo, Japan. &#8220;Move troops and equipment from the landing craft across the beach, so they can go inland and do their thing.&#8221;

A section of the beach&#8217;s &#8220;right flank&#8221; was where they&#8217;d planned to bring in a craft called the LCAC, or Landing Craft, Air Cushioned. They&#8217;re huge hovercraft that ferry vehicles and troops to shore and can run right up onto dry land, using their air cushion to clear obstacles several feet high.

But in Bell&#8217;s seasoned judgment, that spot was simply too crowded with journalists watching the U.S. Marines fanning out on the beach.

It would mean a radio call to the control ship for the exercise, the USS Juneau. It was one of four major U.S. warships that, along with other U.S. and South Korean naval vessels, lay offshore on this sunny Friday morning to support the exercise.

Navy Beachmaster units are a low-profile but key part of the &#8220;Gator Navy,&#8221; the Navy&#8217;s amphibious arm whose ships specialize in getting the Marines and their equipment onto whatever beach they may be ordered to take.

Beachmasters normally come in early in an amphibious operation, often the third wave, just as soon as the first waves of Marines have secured the beach for the &#8220;main body&#8221; landing force to follow.

They set up radios, mark the beach so the arriving landing forces know which sector is which, use bulldozers if needed to clear the beach of obstructions and quickly decide how they&#8217;ll have to route Marines and their vehicles as the main body begins coming in.

They deal mainly with two types of craft, the LCAC and the LCU, or Landing Craft Utility, which also ferries troops, vehicles, and other cargo.

But when those craft leave the well decks of the amphibious ships and begin to make their transit to shore, Bell takes over, keeping radio contact with the &#8220;craftmaster&#8221; aboard each.

Once the craft is ashore, Beachmaster Unit personnel guide it into place with arm signals and wooden signal paddles, much like flight deck controllers guiding aircraft in aboard a carrier flight deck.

But if conditions develop that would make it unsafe to bring the craft in, it&#8217;s up to Bell to wave them off.