U.S., Romanian troops learn ‘soldiers are soldiers’ regardless of where they are from 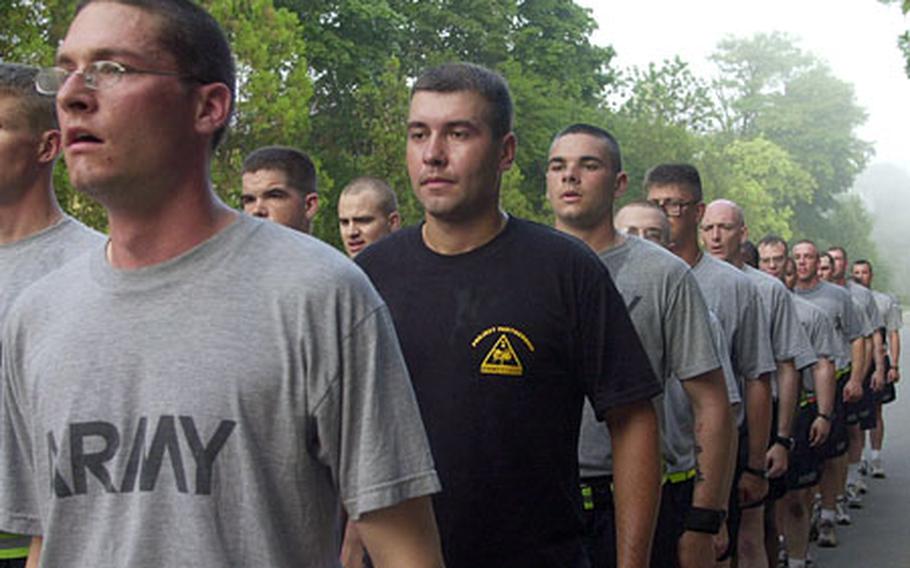 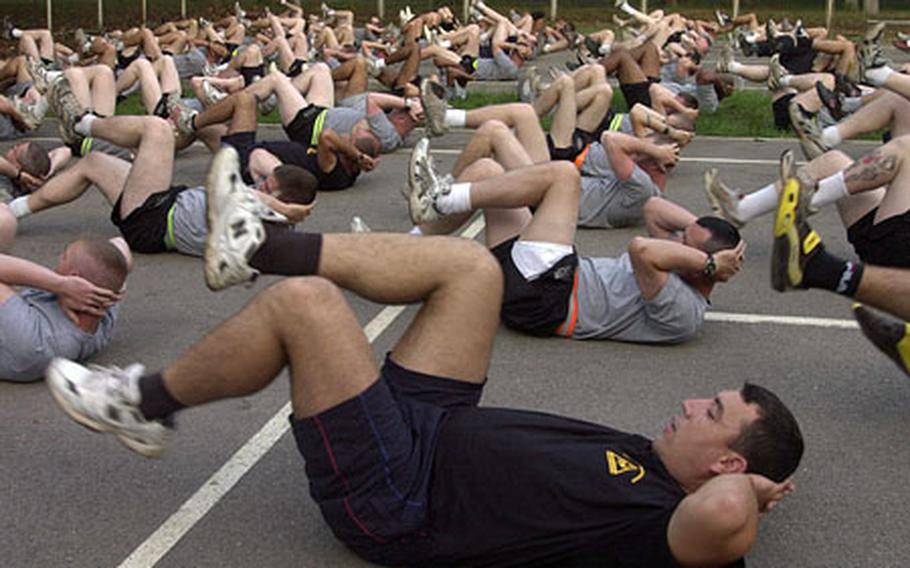 American and Romanian soldiers perform their physical fitness training together at Mihail Kogalniceanu Air Base in Romania on Wednesday. (Scott Schonauer / S&S) 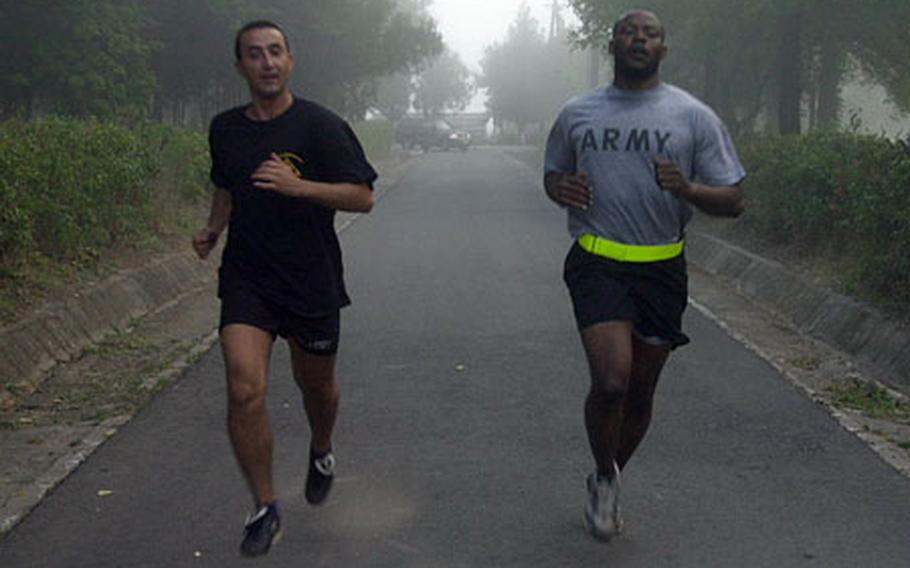 MIHAIL KOGALNICEANU AIR BASE, Romania &#8212; Army Sgt. 1st Class John Black admits he could not have found Romania on a map a few weeks ago.

But in the next two months, he will get a lesson on the former Soviet bloc nation that reaches beyond mere geography.

Black and other American soldiers are training with Romanian infantry soldiers as part of an exercise this summer that is serving as a prelude to rotating U.S. troops to eastern Europe. Both countries want to build their military ties, and that goal goes beyond the colonels and officers to the ground- pounding Army grunts not too far removed from boot camp.

During the Proof of Principle Exercise, Romanian and U.S. troops are integrated, not segregated as they often are during multinational training events. They are sleeping, eating and training together every day until the closing ceremony in late October.

The exercise involves becoming accustomed to cultural and organizational differences, but it is too early to gauge whether there will be any clashes between iPod-toting U.S. soldiers and infantrymen from one of Europe&#8217;s poorest nations.

So far, Black said, he thinks they are more alike than different.

He is similar to many of the youngest soldiers. Few know much about the past or present of Romania, a former communist country that joined NATO two years ago. While some Romanians had met Americans before and might know a little more about them now, their perceptions of Americans are created mostly by hip-hop music and Hollywood movies.

The bulk of the nearly 900 American troops taking part in the exercise come from the Idar-Oberstein, Germany-based 1st Battalion, 94th Field Artillery. The Romanian soldiers are from the 341st Infantry Battalion.

Together, they make up a combined task force called Deep Steel.

Romanian Lance Cpl. Maral Neagu has worked with Americans before. He provided security for U.S. servicemembers who passed through Romania during the early part of the Iraq war.

U.S. Army Lt. Col. Tom Matsel, the task force commander, said it is too early in the exercise to fall into any cultural gaps.

Troops spent much of this week trying to get to know each other, since training at the area ranges and in Bulgaria won&#8217;t begin until early next week. They played soccer and softball on Monday and conduct physical fitness training every morning.

But some cultural exchanges weren&#8217;t forced or scheduled.

This past weekend, a group of soldiers went to a local club, where a wedding reception was being held. They remained segregated for most of the evening but that changed.

Military commanders from both countries are hoping that something similar can happen on the training ranges and eventually shift to the battlefield in places such as Iraq and Afghanistan.