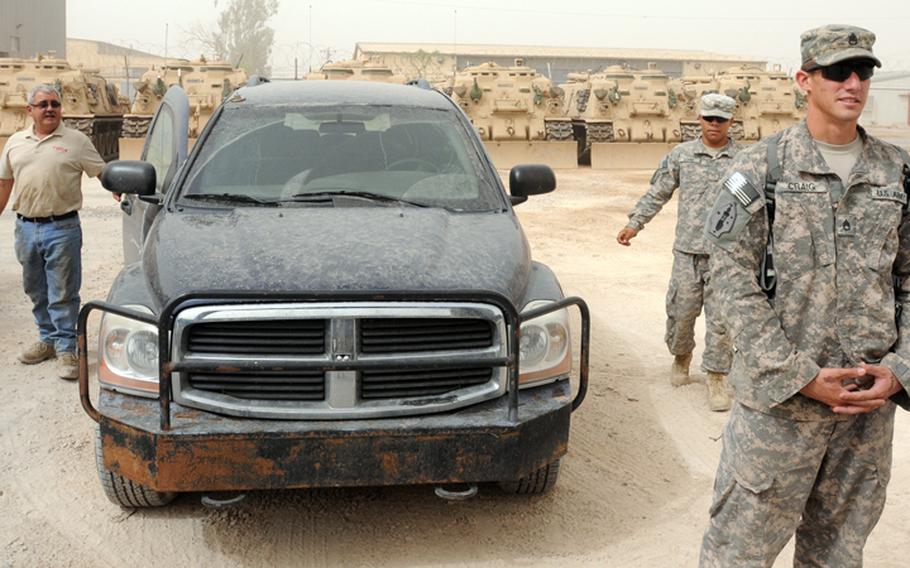 BAGHDAD &mdash; The United States is still pursuing an agreement with the government of Iraq that could provide defense contractors working for the U.S. State Department with some legal protections in 2012, U.S. embassy and military officials said last week.

While diplomats and servicemembers working for the State Department are shielded by diplomatic immunity from prosecution under Iraqi law, the thousands of private contractors who will be working for the agency in have no such protections.

Contractors have lacked immunity from Iraqi law since 2009, when a new status of forces agreement excluded them.

However, with the pullout of the remaining 50,000 troops from Iraq this year, contractors say they now feel more vulnerable to danger, both from potentially corrupt Iraqi police and from anti-American groups.

&ldquo;You have to cross a major Iraqi road and, should the [Iraqi police or Iraqi army] decide, they might begin detaining American personnel,&rdquo; said one contractor, who asked for anonymity because his company has not authorized him to speak publicly.

It remains unclear whether a new agreement could include immunity, an idea which is highly unpopular in Iraq. Talks over allowing thousands of U.S. troops to remain in Iraq in 2012 collapsed in October after it became clear that Prime Minister Nouri Al-Maliki wouldn&rsquo;t be able push immunity for troops through an Iraqi parliament vote.

Opposition to contractor immunity largely stemmed from a September 2007 incident, where 17 Iraqis died after a confrontation with Blackwater security contractors.

However, some legal protections for contractors could still be gained through a diplomatic chapeau agreement, State officials said.

Chapeau agreements vary in scope, but they are usually umbrella agreements that outline broad principles in a binding legal framework.

&ldquo;We are still pursuing that option,&rdquo; a U.S. Embassy official in Baghdad said last week on condition of anonymity.

James Jeffrey, U.S. Ambassador to Iraq, broached the idea of an agreement spelling out the terms of conditions for contractors during an interview with Stars and Stripes in August.

At the time, such an agreement wasn&rsquo;t ready for discussion because of ongoing negotiations for a broader security agreement involving a U.S. troop presence.

&ldquo;All of the contactors that are coming in support of weapons purchases are coming out under the terms of the [foreign military sales] case,&rdquo; Jeffrey said at the time. &ldquo;Were there not to be a security agreement, we would probably negotiate with the Minister of Defense a chapeau agreement laying out some of the technical issues related to that.&rdquo;

A major overseer of contractors is the Office of Security Cooperation-Iraq, which will manage up to 763 contractors and show Iraqis how to operate more than $11 billion in military weapons and equipment purchases.

The office confirmed that contractor rights continued to be a topic of conversation between the two governments.

&ldquo;Neither side has closed the door at this point,&rdquo; said OSC-I spokesman Lt. Col. Tom Hanson.

Contractors also expressed fears to Stars and Stripes last week that the lack of troops in 2012 will make them a target against numerically superior forces.

Because there will be fewer people for a cadre of private security contractors hired by the State Department, individuals will receive security escorts akin to what senior military leaders received during the war.

&ldquo;In some cases, it will be better than it was with 50,000 soldiers,&rdquo; Roberts said.