U.S. program aims to rid world of excess weapons, one barrel at a time 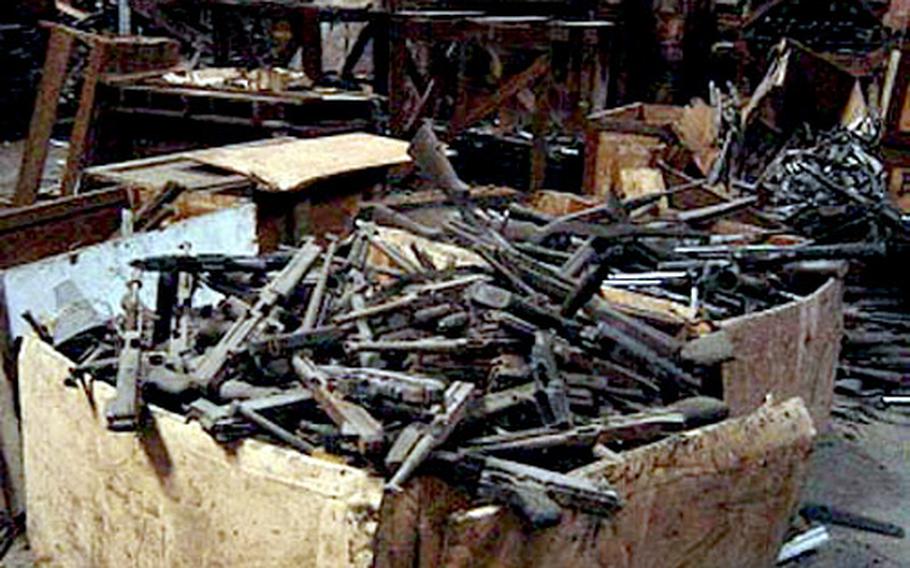 A hydraulic press makes for quick destruction as it crimps gun barrels so that it is impossible to use this rifle barrel again. () 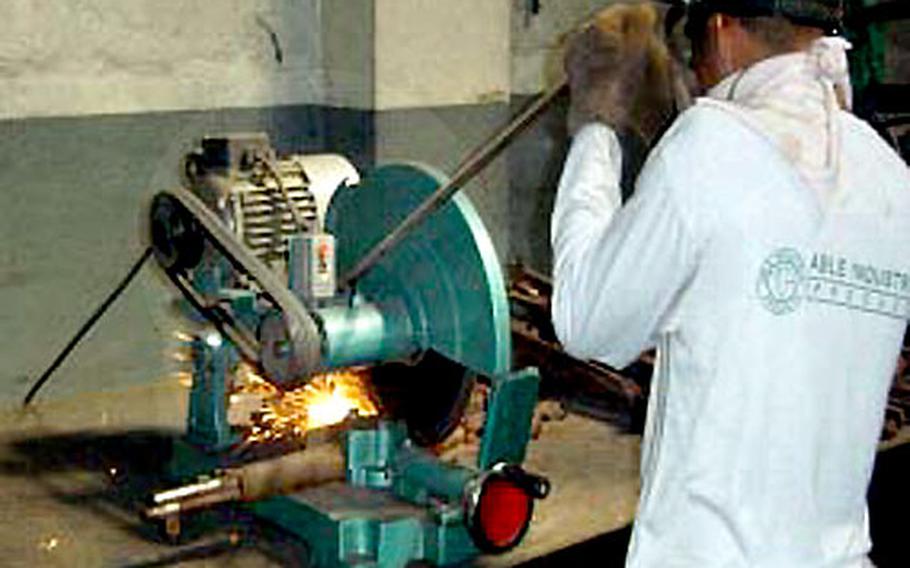 A worker at Camp Aguinaldo uses a cutting wheel to saw through a rifle barrel. ()

CAMP AGUINALDO, Philippines &#8212; Inside a giant warehouse on the headquarters base of the Armed Forces of the Philippines, hundreds of crates and racks filled with weapons slowly collect dust.

Old, rusty or new, under a new U.S. State Department program it all could be headed for the chopping blocks &#8212; lock, stock and barrel.

The program exists worldwide. It came to the Philippines last year.

Using a local contractor, 57,000 weapons were destroyed, according to U.S. Embassy officials.

This year, when the Philippine military was asked for more, leaders showed U.S. officials a warehouse of weapons that might fit the bill &#8212; about 258 tons worth, they estimated.

But when they made a closer inspection, one official said, &#8220;We very much underestimated what we had found.&#8221;

Buried deep within the warehouse was more likely 13,000 tons of weapons, spares, parts and pieces.

The State Department has a precise way to destroy weapons.

Butts are cut and barrels bent. Parts can be crimped, cut or mangled.

Each class of weapons has its own standards for destruction.

A long gun requires bending the barrel, cutting the butt and disabling the receiver.

The contractor&#8217;s work is certified by military officials at the Embassy and cleared by the state department.

Many of the weapons collected had come from the United States during the two nations&#8217; long shared history.

There are historic rifles that could make a gun collector drool, submachine guns, gun parts and more guns.

But in the wrong hands, any of it could wreak havoc.

So while the State Department decides how and when to destroy the bumper crop of weapons, as the mass of metal and wood is sorted and tallied, the warehouse remains heavily guarded.

That&#8217;s likely to be a long-term job. Officials estimate the project will take years to complete.