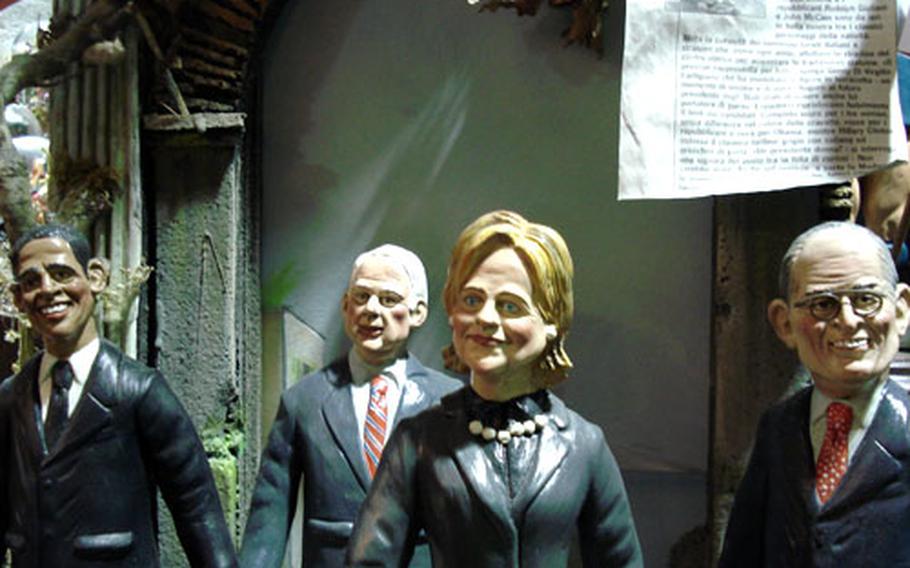 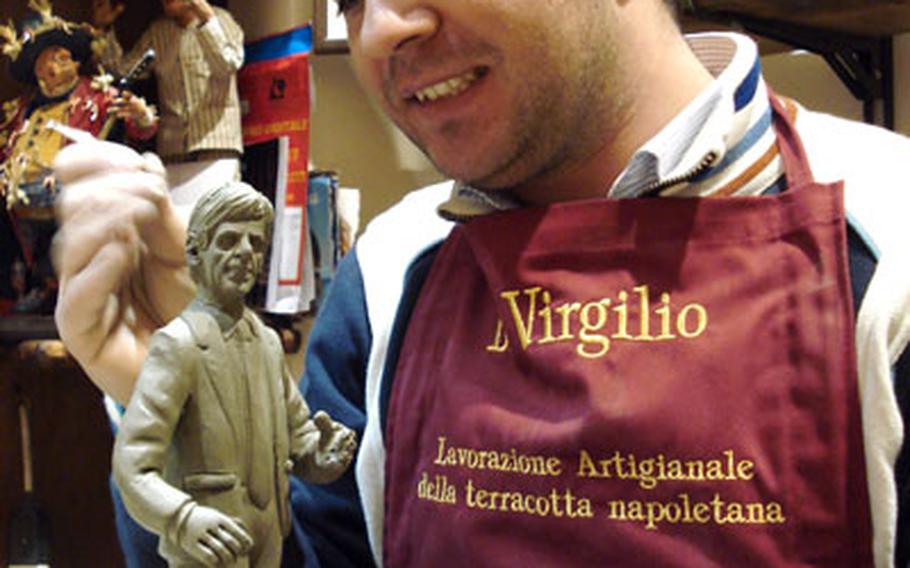 Gennaro di Virgilio does his best work late in the evening.

When the bustle of holiday shoppers dies down, a hush envelops the cramped shop cluttered with thousands of figurines of shepherds and angels, of the Virgin Mary and Joseph, and of baby Jesus.

It&#8217;s then that di Virgilio painstakingly sculpts the intricate facial features of the figurines that make up the ever-popular Christmas nativity scenes Neapolitans use to decorate their homes.

But Neapolitans have a quirky sense of humor, he said grinning. And he&#8217;s all Neapolitan.

Look closely at the shop&#8217;s entrance: This year among the angels and the magi you&#8217;ll also find the mugs of Hillary Clinton, Barack Obama, John McCain and Rudolph Giuliani.

&#8220;American politics is very popular for us, and yes, we follow them, too,&#8221; said the 25-year-old artist, who has been crafting Christmas nativity figurines since he was 9.

Di Virgilio spends 10 months out of the year, the &#8220;dead months&#8221; as he calls them, producing the serious and sacred figurines for an Italian tradition of building the nativity, or presepe, a practice that dates to the 11th century.

&#8220;I didn&#8217;t make them for the money, but to bring attention to Via San Gregorio Armeno, to bring people here. I thought people would see them and tell others, that they would come by word of mouth. I never expected this,&#8221; he said of the media attention his handiwork has drawn.

But he&#8217;s not really all that surprised by the public notice.

And when Pope Benedict XVI visited Naples this October, he shaped a figurine in the pontiff&#8217;s likeness and presented his handiwork to the pope in person.

The younger di Virgilio has a favored among the four candidates vying for U.S. political office.