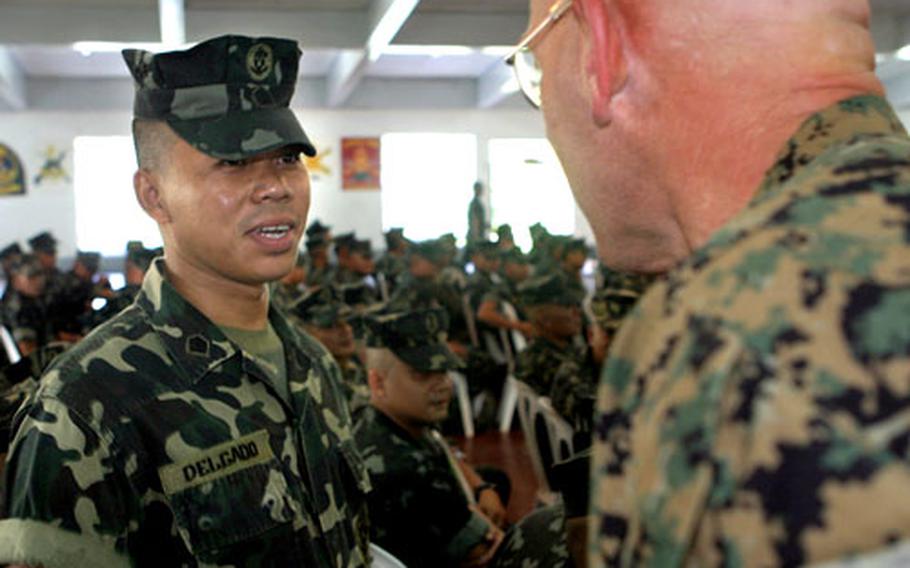 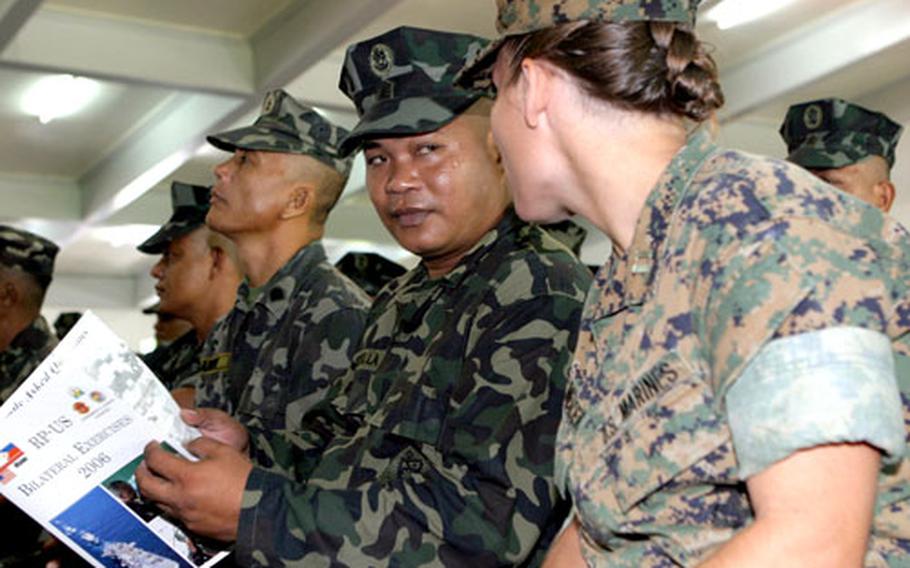 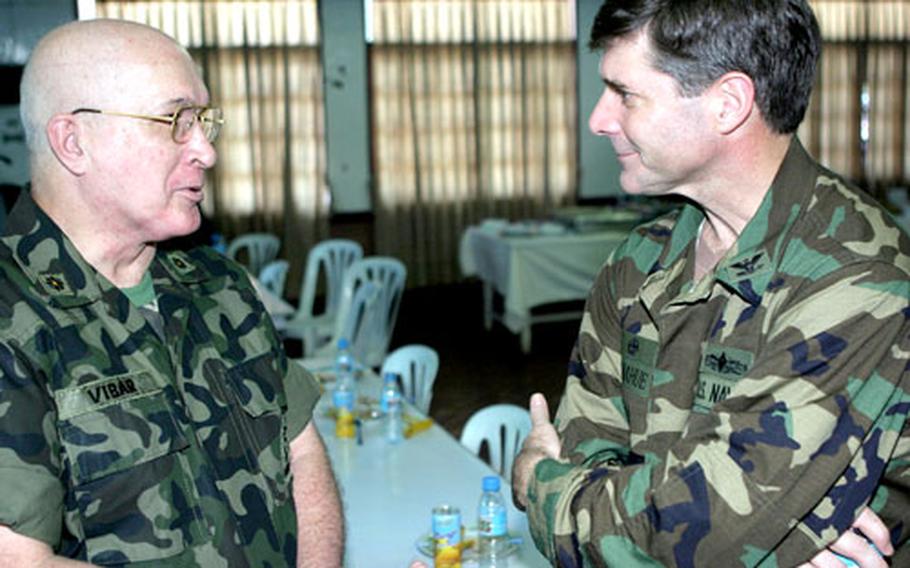 CAMP FOSTER, Okinawa &#8212; U.S. and Republic of the Philippines military commanders held an opening ceremony in Manila on Friday, kicking off back-to-back weeklong joint training exercises in the Philippines.

Officials from the 31st Marine Expeditionary Unit, based out of Okinawa; Amphibious Squadron-11, out of Sasebo Naval Base, Japan; and the Armed Forces of the Philippines opened the bilateral training exercises Talon Vision and Amphibious Landing Exercise (PHIBLEX) 2006, according to Capt. Burrell Parmer, 31st MEU spokesman.

About 5,000 Marines and sailors with the 31st MEU and the Amphibious Ready Group are scheduled to train with the Philippine air force and marine corps. The training will take place in several locations throughout the Philippines, including former U.S. installation Clark Air Base.

The purpose of the joint exercises is to improve interoperability, increase readiness and continue established professional relationships between the two countries&#8217; militaries, Parmer said.

&#8220;Both our forces have numerous training objectives to accomplish and we&#8217;ll accomplish them together,&#8221; stated Col. Walter L. Miller Jr., the 31st MEU&#8217;s commander, in a release. &#8220;Not only are we conducting events such as live fire training and amphibious landings, we will also conduct medical and engineering civic action projects near our training areas.&#8221;

While the planned training evolutions aren&#8217;t focused on current counterterrorism training in the Philippines, Parmer said the activities build the U.S. and Philippine alliance in the global war on terrorism.

In addition, Miller said in a news release that bilateral exercises with the Philippine and other foreign militaries ensure that disaster-relief efforts &#8212; such as the tsunami relief in South Asia earlier this year and the recent Pakistan earthquake &#8212; are more responsive, efficient and effective.

This is the first PHIBLEX exercise since 2004, Parmer said, as last year&#8217;s training was canceled due to the 31st MEU being deployed to Iraq for seven months. While Exercise Talon Vision did happen last year in mid-November, the exercise was cut short to two days because of approaching Tropical Storm Mufia.