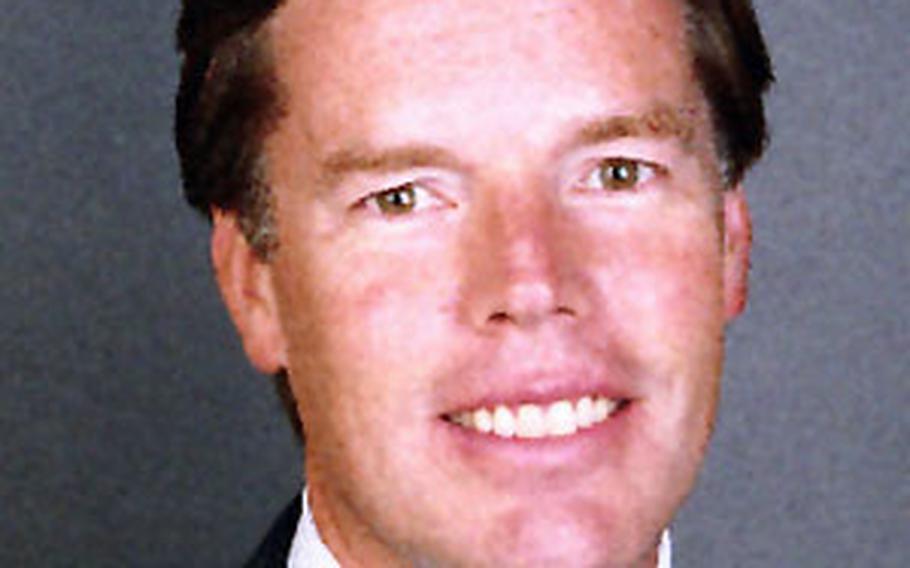 R. Nicholas Burns, undersecretary for political affairs, was in Tokyo earlier this week to discuss regional security with Japan and Australia. ()

TOKYO &#8212; The State Department&#8217;s third-ranking official spoke to Japanese and Australian counterparts Sunday and Monday about regional security, the future of operations in Iraq and Afghanistan and issues such as admitting Japan to the United Nations security council.

He didn&#8217;t talk much about transformation of the U.S. military in Japan.

R. Nicholas Burns, undersecretary for political affairs, said during a news conference Monday night that transformation talks are ongoing between Japan and the United States and &#8220;we&#8217;re hopeful&#8221; they will be completed this week, he said.

&#8220;There are a number of issues that have to be decided first,&#8221; Burns said, adding that the decision rests with Japan&#8217;s leaders. He said he is confident those decisions will be finalized soon.

Those issues include replacing the conventionally powered USS Kitty Hawk with a nuclear carrier; moving Marines on Okinawa to Guam; and moving a U.S. Army headquarters to Camp Zama near Tokyo. Speculation has intensified in the past year, fueling unconfirmed reports in local newspapers and protests among Japanese residents and leaders.

According to the report, which did not cite any sources, the ship is to be replaced in 2009 by the nuclear-powered USS George Bush.

Burns said he wouldn&#8217;t risk jeopardizing transformation talks by commenting on them, but he said the United States and Japan both hope for success.

The undersecretary praised the relationship between Japan and the United States and said that alliance, and the U.S. role in the area, would not be diminished over the next several decades.

&#8220;The U.S. intends to retain its military presence in the region,&#8221; he said, specifically referring to naval, air and ground forces.

Burns said he also spoke to Japanese officials about eliminating Japan&#8217;s nearly two-year ban on importing American beef due to fears about mad cow disease, adding that U.S leaders are &#8220;frustrated that this problem has not been resolved.&#8221;

In talks with both Japan and Australia, Burns said the three parties discussed security in the region, including abating terrorism. Burns also asked the two allies to continue supporting operations in Iraq and Afghanistan with troops and thanked them for their support so far.