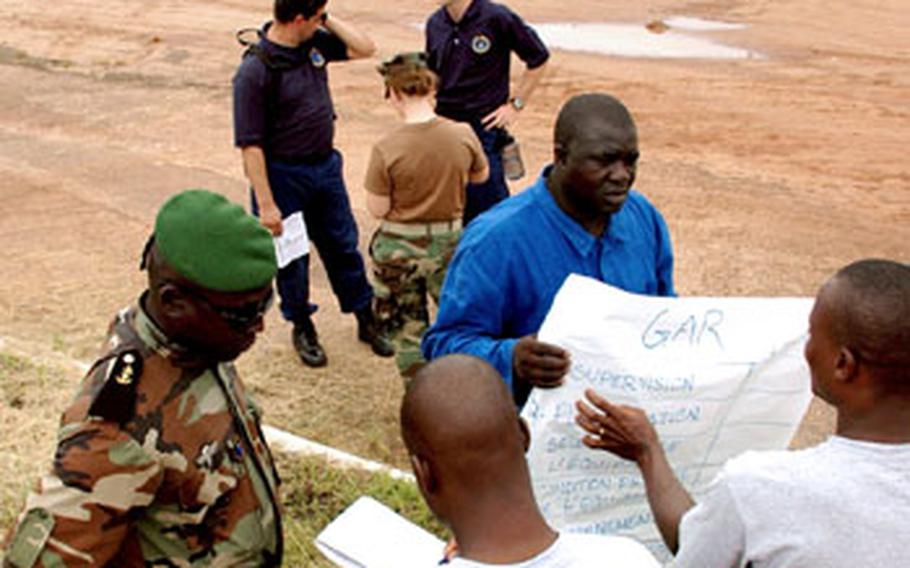 The Navy is taking a closer look at ports in Africa, prompted by the need to refuel and reload ships as well as initiate more contact with African countries.

The Navy had focused attention on North Africa, studying weather, topography and other conditions that could affect ship visits and operations in ports. But with the formation of U.S. Africa Command late last year, the Navy is expanding its survey of ports on the rest of the continent, according to Navy Lt. Cmdr. Christopher Gabriel, meteorology and oceanography officer for AFRICOM.

Examining additional African ports now makes sense with the United States expanding its presence in areas around Senegal, Liberia, Cameroon and elsewhere, Gabriel said. "The simple reason is as we build our relationships with African nations, part of that cooperation and engagement is sending a ship in to visit."

Knowing the ins-and-outs of African ports is also important because the Navy typically doesn&#8217;t have replenishment ships in areas like the Gulf of Guinea off of central western Africa and the waters off of southeastern Africa, so the ships need somewhere to stock up on supplies and fuel, Gabriel added.

Thunderstorms are the biggest concern in the Gulf of Guinea. Places like Mozambique and other parts of southeastern Africa are ravaged by cyclones from November to June.

The benefits of making the information available in the guide "greatly outweighs the potential for terrorists to exploit the Severe Weather Port Guide in order to attack a U.S. Navy ship," Gabriel added in an e-mail.

The African port being examined now is Lome in Togo because the mooring lines on a Navy ship docked there were cut recently by a large swell, Gabriel said. Other African ports the Navy wants to examine include Port Gentil in Gabon; Mombasa, Kenya, because of its size and the United States&#8217; relationship with Kenya; and Lagos, Nigeria.

Examining a port usually takes about four to six months but can take more than a year, Gabriel said. The Marine Meteorology Division of the Naval Research Laboratory in Monterey, Calif., evaluates the weather conditions of the ports around the world.

The process of studying port conditions includes sending in a team of two people to meet with the U.S. defense attache in that country and port officials. The team talks to whoever they can about tides, obstructions such as bridges, marked and unmarked wrecks and other potential hazards.

Usually the Navy likes to do one of these studies before a vessel pulls in, but not having the information wouldn&#8217;t prevent a ship&#8217;s captain from using the port, Gabriel said.

"I am not aware of any major ports in Africa that have been deemed too difficult or too unsafe to enter," Gabriel wrote in an e-mail.

The Navy has been studying international ports in earnest for nearly 40 years, Gabriel said.

"The thing that set (studying conditions at ports) off is in the early 1970s a typhoon came through Hong Kong and put a replenishment ship on some rocks and they had to decommission her," Gabriel said. "It all started in the Western Pacific."

That ship, the USS Regulus, was blown onto the rocks during Typhoon Rose in 1971.