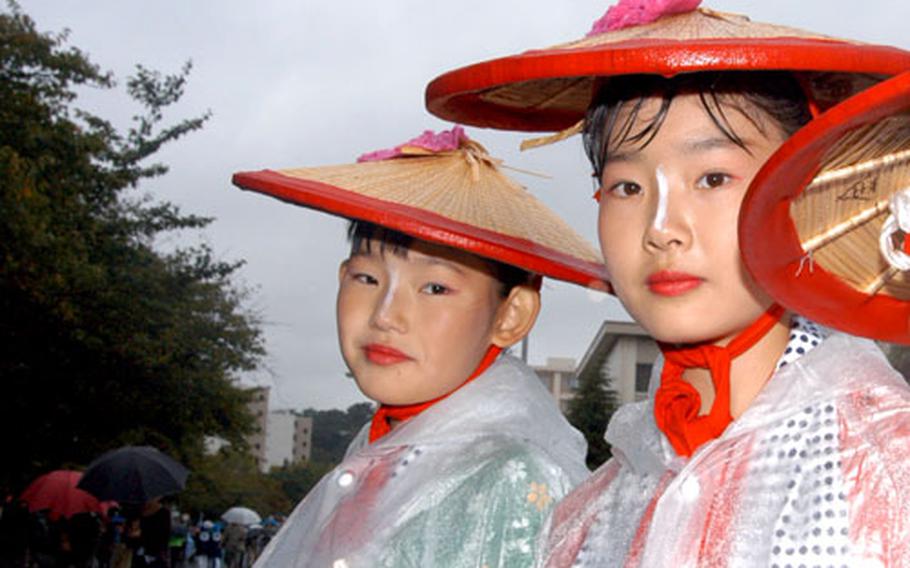 More than 160 Americans from Yokosuka Naval Base volunteered to carry the “Gaijin” altar during Yokosuka’s Mikoshi Parade on Sunday. More than 70 heavy altars were shouldered and danced through the city to the base to bring good luck in the coming year. (Allison Batdorff / S&S) YOKOSUKA NAVAL BASE, Japan &#8212; Where is the best place to stand in the Mikoshi Parade? About 15 feet from the altar &#8212; that way, you don&#8217;t have to help the massive thing on its bulky dance through town, kid the volunteers.

Carrying mikoshi brings good luck and purifies the land, according to Japanese beliefs. It also brings neighborhoods together, and in Yokosuka, it combines cultures as the parade begins in town at the Yokosuka Chuo train station, runs through the Womble Gate and ends with a party on the base.

Seaman David Simmons helped carry an altar from Kurihama. He was one of the first Americans to have carried it, he said. It was his first time participating in the ritual, which originated in A.D. 749, as a way to transport a deity to a shrine.

The key to moving the altar is &#8220;synchronization,&#8221; said Yokosuka Morale, Welfare and Recreation worker Takeshi Koshio. About 40 people carry the altar at a time. They chant &#8220;Washoi! Washoi!&#8221; to stay in step, he said. After they got used to the movements, the Americans got creative and were able to jog the altar in a circle.

More than 70 altars participated in the event. Some groups beat drums to keep time. Intrepid children balanced on the beams as they swayed beneath them. And yes, at least one altar was dropped in the excitement of it all.