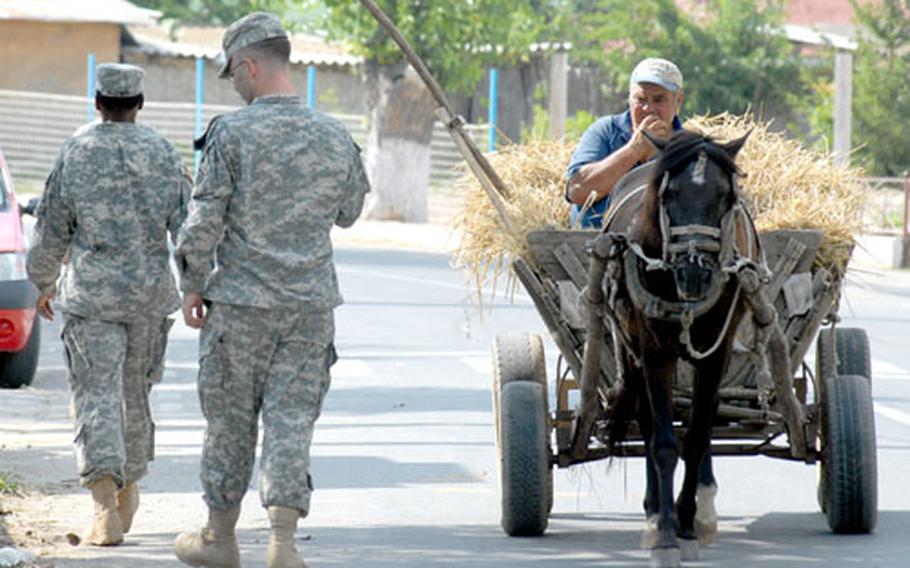 U.S. soldiers in Romania have to adjust to a culture that still relies on the horse and cart as a mode of transportation. About 900 U.S. soldiers are training in Romania and neighboring Bulgaria this summer. (Seth Robson / S&S)

U.S. soldiers in Romania have to adjust to a culture that still relies on the horse and cart as a mode of transportation. About 900 U.S. soldiers are training in Romania and neighboring Bulgaria this summer. (Seth Robson / S&S) 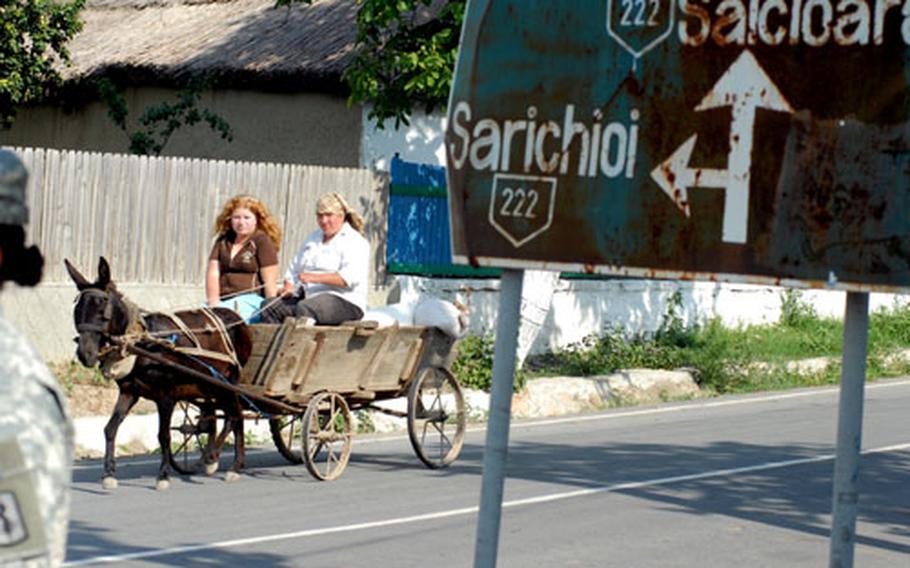 Some of the local transportation is rather slow-moving, but gas mileage isn&#39;t a problem. (Seth Robson / S&S) 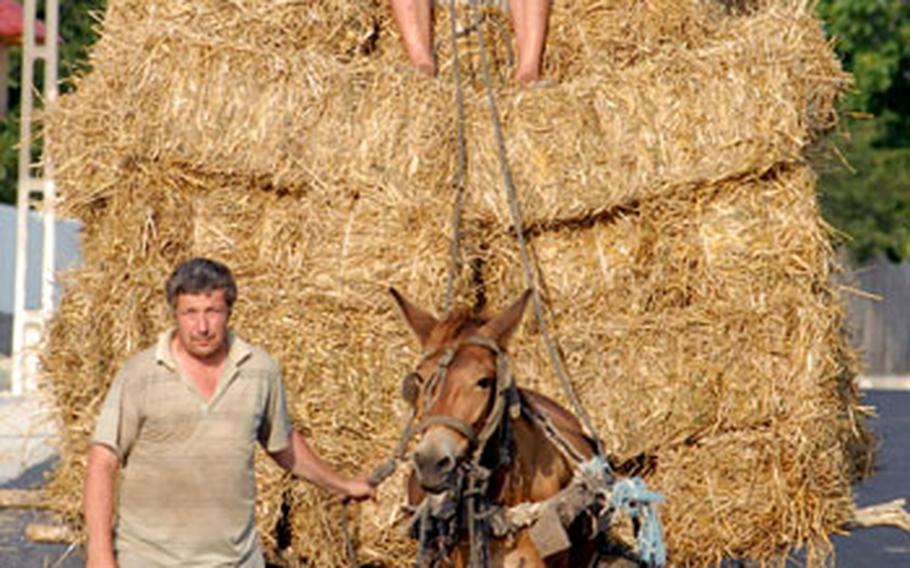 Locals move a haystack near Babadag Training Area, Romania, on Thursday. U.S. troops are working and living at the training area this summer. (Seth Robson / S&S)

MIKHAIL KOGELNICEANCE AIR BASE, Romania &#8212; Construction of a permanent U.S. base in Romania to house 1,700 personnel is well under way, with work on a similar facility for up to 2,500 personnel due to start in Bulgaria this winter, according to a U.S. official.

George Bostick , a civilian serving as the Joint Task Force-East deputy commander for support, said the Romanian base is slated for completion next year.

Bostick oversees the feeding and housing of 900 soldiers training in Romania and Bulgaria this summer.

The troops in Romania are living and working at two Romanian facilities &#8212; Mikhail Kogelniceance Air Base and Babadag Training Area.

At the more-isolated Babadag Training Area, which can be reached only by dirt farm tracks leading from small villages where people still use donkeys and carts for transportation, soldiers eat from a field kitchen and sleep in bunks inside a large metal shed.

Bostick said the permanent facility in Romania is being built near MK Air Base on a site that was formerly the Romanian Army&#8217;s 34th Mechanized Brigade Headquarters. The Soviet-era facility was demolished to make way for new buildings that will include a dining facility, administration buildings and a post exchange as well as barracks built to the Army&#8217;s 1+1 standard, in which a soldier has a private living space and shares a bathroom and small kitchenette with another soldier.

"It will have the basic things you find on any American installation minus things for dependents because this is an unaccompanied tour," Bostick said.

Maj. Dragos Axinia, a Romanian army spokesman, said people in his country are eager for more U.S. soldiers to move into Romania.

"We have been waiting 60 years for the Americans to come," he said, adding that locals do not have fond memories of the long Soviet occupation that followed World War II.

The Bulgarian facility, at Novo Selo Training Area, will be similar to the Romanian base but larger, Bostick said.

The Romanian soldiers involved in the training are from the 21st Mountain Battalion, which will deploy to Afghanistan later this year with soldiers from the U.S. Army&#8217;s Company B, 1st Battalion, 4th Infantry Regiment.

The Romanian portion of the exercise began last month and wraps up July 30. The Bulgarian training runs from Sept. 1 to Oct. 17.