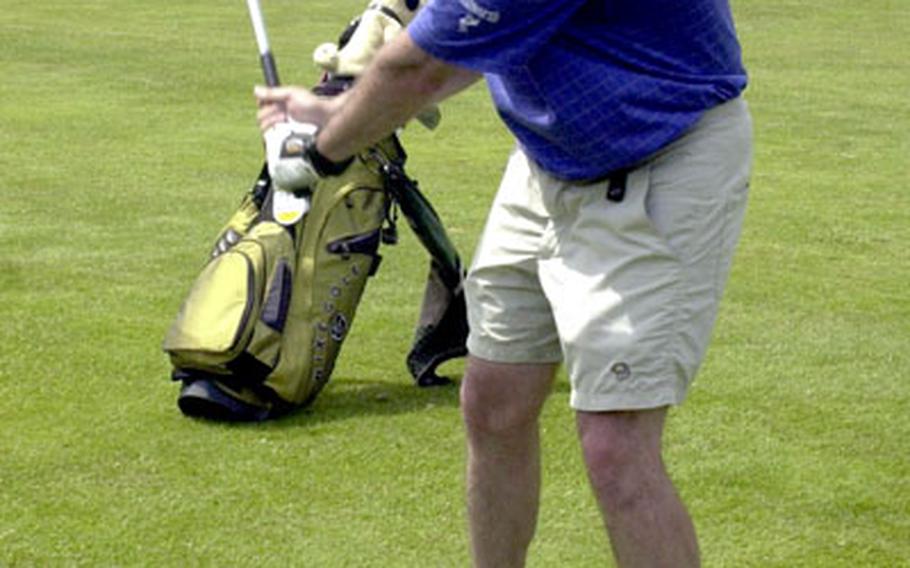 GRAFENW&#214;HR, Germany &#8212; &#8220;Give us on-post golf facilities&#8221; was the common plea of military golfers playing in a tournament Friday organized by U.S. Army Garrison Hohenfels.

More than 60 golfers, mostly military, participated in the tournament at Sinzing Golf Course on the banks of the Danube River near Regensburg. The tournament involved four-man teams playing best-ball over 18 holes.

All of the golfers interviewed at the tournament thought the Army should provide either a golf course or driving ranges on post at Grafenw&#246;hr, Vilseck and Hohenfels to replace the Grafenw&#246;hr Golf Course, which was recently torn up to make way for a shopping complex.

Hohenfels Air Field commandant Chief Warrant officer Burt Ver Haar, 57, of Steamboat Springs, Colo., said he was a member of the German Jura Golf Club in Velberg but that he would prefer to play on post.

&#8220;There are a lot of military and U.S. civilian members who play. I think it (an on-post course) would get very good utilization,&#8221; said the 21-handicap golfer who took up the game five years ago.

&#8220;Every military post should have a golf course,&#8221; added Jones, who is with the Hohenfels-based Joint Multinational Readiness Center.

Hohenfels sports programmer Bill Craven, who helped organize Friday&#8217;s tournament, said it was the only golf event Hohenfels would host this year. The prizes had to come from golf shops at other posts because there was no golf shop at Hohenfels, he said.

Craven also supported the idea of on-post golf facilities, but added that there was not much extra funding available for such projects.

The Hohenfels deputy garrison commander, Chris Saucedo, said a strategic plan for Hohenfels called for a driving range to be built on post but he did not give a date for when the project might start. Grafenw&#246;hr garrison officials had said that a driving range might also be built there but that no decision has been made.