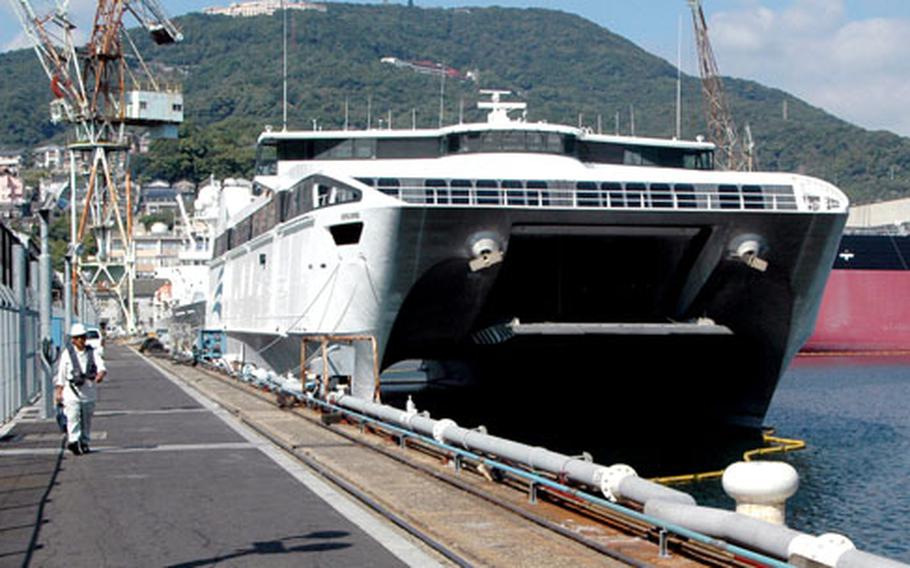 CAMP FOSTER, Okinawa &#8212; Marines on Okinawa are going to remain on the fast track when being transported by sea to locations throughout the Western Pacific region.

The Military Sealift Command recently signed a charter with Austal Ships Ltd. to continue using the Okinawa-based high-speed transport WestPac Express, for another 55 months, according to the Western Australia-based company.

The WestPac Express, a 331-foot long catamaran, arrived on Okinawa in July 2001 for a six-month trial period. The trial period was so successful, that the leases have been extended ever since and the III Marine Expeditionary Force has put in a request for at least two more.

For example, before the WestPac was chartered, the Marines relied on Air Force C-17s. According to an Austal press release, moving an entire battalion of some 800 Marines, 63 vehicles and 27 cargo containers would take at least 16 C-17 airlifts at a price tag of more than $500,000.

And because the airlifts sometimes could take two weeks, the Marines also save time. The WestPac Express can move the same load in 30 hours for a price of about $130,000, the company stated.

Another advantage: The Marines do not have to worry about the ship&#8217;s day-to-day upkeep.