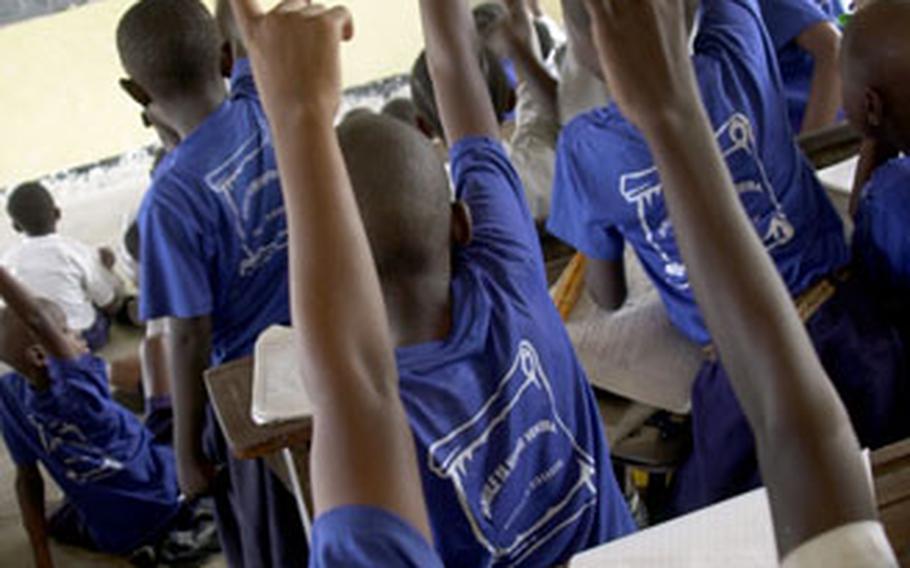 Nearly 100 students are packed into each classroom at the Tandale Primary School in a Dar es Salaam, Tanzania, slum. As the U.S. military expands its mission in the Horn of Africa region to include countries like Tanzania, it confronts a set of problems similar, yet different to issues in Ethiopia and Djibouti. (Joseph Giordono / S&S)

Nearly 100 students are packed into each classroom at the Tandale Primary School in a Dar es Salaam, Tanzania, slum. As the U.S. military expands its mission in the Horn of Africa region to include countries like Tanzania, it confronts a set of problems similar, yet different to issues in Ethiopia and Djibouti. (Joseph Giordono / S&S) 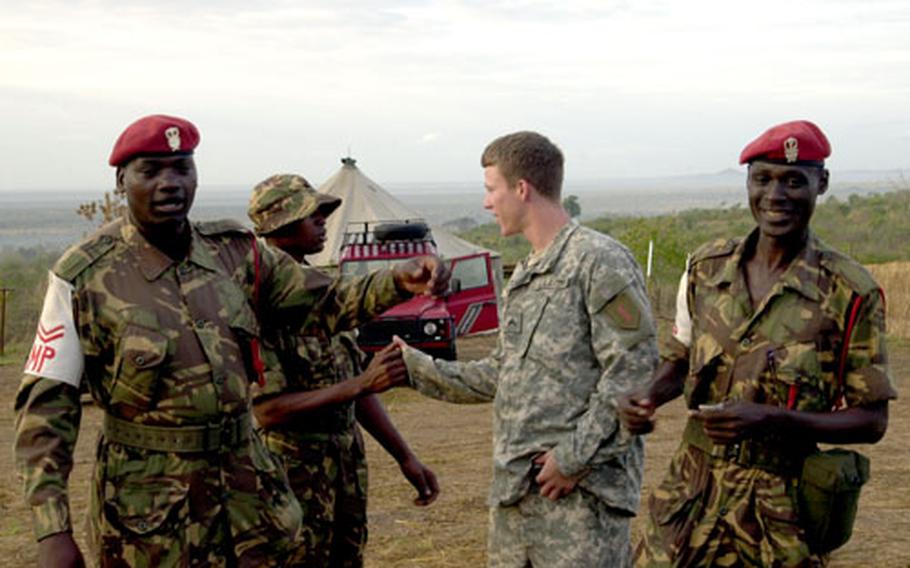 First in a two-part series examining the expansion of U.S. military missions in Africa.

DAR ES SALAAM, Tanzania &#8212; Until recently, Andwele Kangni says, he had only seen U.S. troops on news footage from the bloody wars in Iraq and Afghanistan.

But last month, when a group of American troops teamed with Tanzanian forces to build a health clinic in a village some 100 miles from Dar es Salaam, the news showed something different: unarmed troops without their heavy body armor and impersonal helmets and sunglasses.

For the U.S. military mission known as Combined Joint Task Force-Horn of Africa, the foray into Tanzania was an August exercise and humanitarian aid program called Exercise Natural Fire.

Though it is the site of the 1998 U.S. Embassy bombing, Tanzania at first glance doesn&#8217;t share some of the conditions in Horn of Africa nations that are the focus of the task force. But military leaders say it is a natural next step.

&#8220;Tanzania has all the right elements to make it a viable operating location for CJTF-HOA,&#8221; said Rear Adm. Richard Hunt, the task force commander.

&#8220;While the capital city of Dar Es Salaam is a busy international seaport with shipping lanes to Zanzibar, Madagascar and the rest of the Swahili Coast, it also has rural and tribal populations within its interior that potentially may be vulnerable to extremist ideologies.&#8221;

In the division of &#8220;responsibility&#8221; of the overseas U.S. military commands, Tanzania technically falls under the Germany-based European Command. But for Natural Fire, funds and planning by EUCOM gave way to on-the-ground operations by the Horn of Africa Task Force.

Days after the exercise, news broke that the Pentagon was considering creating a separate Africa command, much as it did with South America. To many analysts, the new command is long overdue.

&#8220;You cannot expect the same military officials who are working with Poland and Romania, for example, to understand the difference between Zanzibar, Kenya and Uganda,&#8221; said one U.S. Embassy official in Dar es Salaam.

Memories of the 1998 embassy bombing in Dar es Salaam are still fresh for many Tanzanians, particularly because the death toll was completely local &#8212; no American staffers were among the 11 people killed, and most of the 200 people wounded were Africans.

Looking back now, 32-year-old civil servant Jimmie Mkapa says, it was the beginning of a change in the Americans.

&#8220;Even though it was many Africans who were killed, the Americans shut the place off from everyone. Nobody could go near, and now the new embassy is a fortress,&#8221; he said last month while having a late lunch of fried fish and beer.

&#8220;To me, it continues to now &#8212; the Americans are so worried about terrorism that they separate themselves from the people. Here, Kenya, Iraq, wherever they are.&#8221;

The exercise in August, some officials said, was the first step in countering that view. More than a dozen local news crews covered a groundbreaking ceremony for a health clinic in Msata, though the U.S. troops were largely confined to their safari-style camp nearby.

&#8220;It is very difficult to quantify success in the near term. I can tell you that Exercise Natural Fire was a huge step forward in building relations between the U.S. military, the Tanzanian Peoples Defense Force and [east African nations],&#8221; said Hunt, the HOA commander.

&#8220;We feel that if we can help African nations improve their own capacity to provide the basic necessities of security, health care and education, extremist ideologies will not take root in vulnerable populations in this part of the world.&#8221;