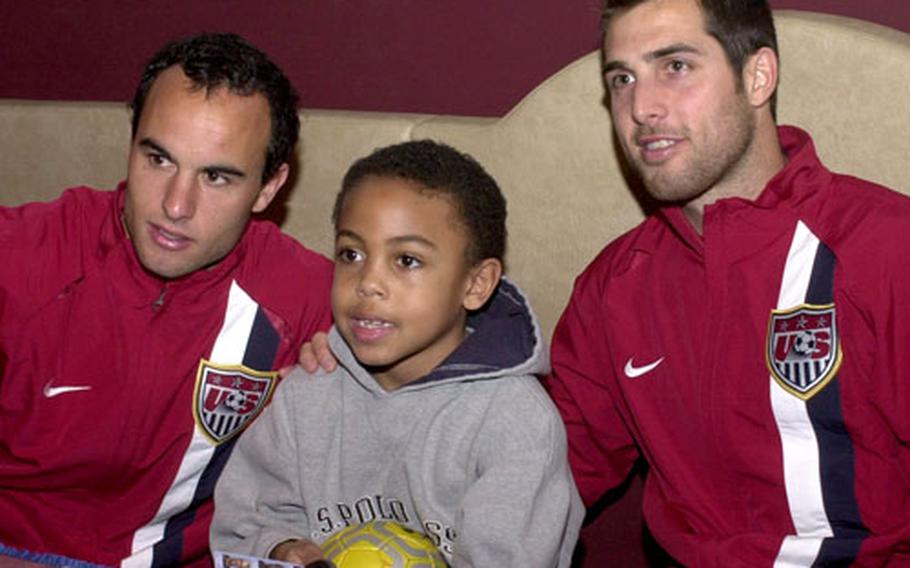 Landon Donovan, left, and Carlos Bocanegra, of the U.S. men’s soccer team, pose with Weston McKennie, 7, at Ramstein Air Base, Germany, on Monday. The U.S. plays Poland in a friendly match at Fritz-Walter Stadium in Kaiserslautern, Germany, on Wednesday. (Scott Schonauer / S&S)

Landon Donovan, left, and Carlos Bocanegra, of the U.S. men’s soccer team, pose with Weston McKennie, 7, at Ramstein Air Base, Germany, on Monday. The U.S. plays Poland in a friendly match at Fritz-Walter Stadium in Kaiserslautern, Germany, on Wednesday. (Scott Schonauer / S&S) 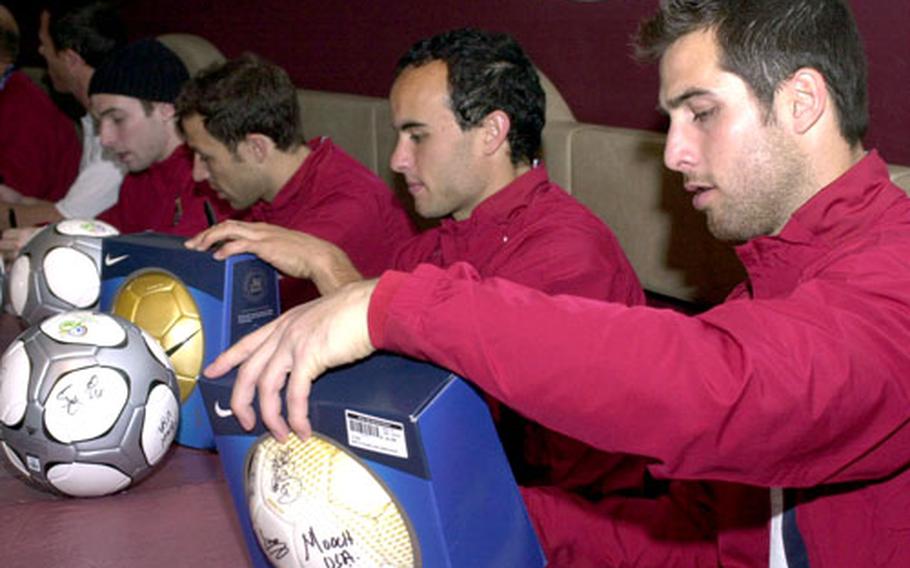 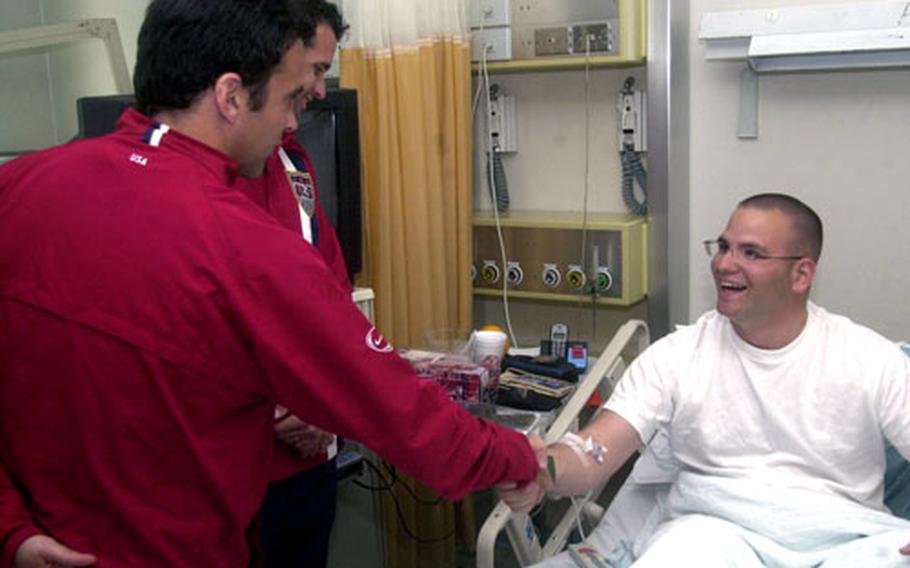 About half of the roughly 20-man team visited wounded troops at Landstuhl Regional Medical Center, while the rest of the squad signed autographs and posed for photos with dozens of fans at Ramstein Air Base&#8217;s enlisted club.

Carol Long and her daughter, Shannon, wore matching uniforms with midfielder Landon Donovan&#8217;s name and number. Shannon Long plays soccer for both Ramstein American High School and a German squad. The 15-year-old got out of school for part of the day to meet the players.

Players broke up into two rooms to meet fans. The team planned to stay only about an hour but ended up staying longer because of the number of people who showed up to get everything from soccer balls to T-shirts autographed.

Donovan, considered one of the team&#8217;s best players at 23 years old, was surprised by how many people said they would come out for the Poland match and the World Cup.

The team, which arrived Sunday, is staying at Ramstein Air Base this week. Donovan said he was surprised at how Americanized the base is.

Senior Airman Anthony DiFlorio, who was being treated at Landstuhl for heart disease, chatted with several of the soccer players.

Team member Chris Klein said the men and women of the military are heroes to the team.

&#8220;Every time we step on the field and listen to the national anthem, it gives us a feeling of pride,&#8221; Klein said. &#8220;The only reason that that is possible is because of the men and women here who put their lives on the line so we can look at the flag, have pride and understand what it represents.&#8221;

Tickets are still available for Wednesday night&#8217;s game. Prices range from 15 to 125 euros.