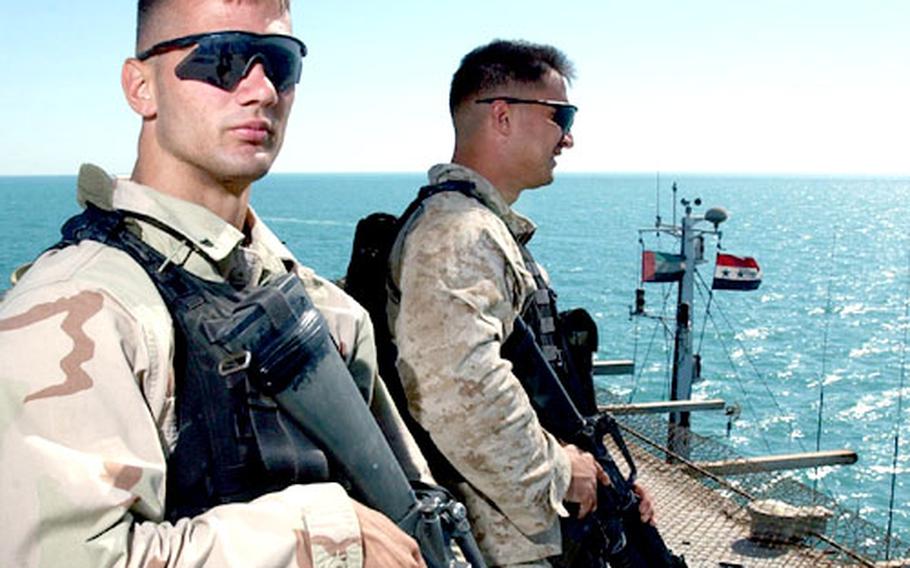 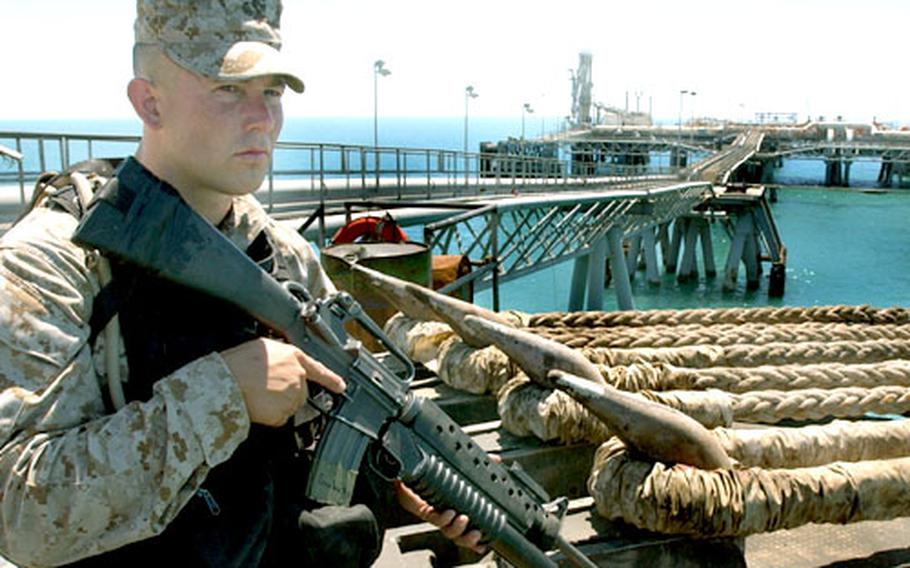 Marines are pulling security on the oil platforms, and the USS Whidbey Island is acting as a staging base for Marine boarding teams.

Members of the Norfolk, Va.-based reaction platoon stay on the terminals around the clock.

From the Whidbey Island, a dock landing ship from Little Creek, Va., about 30 Okinawa-based Marines are boarding suspicious vessels. Other coalition forces continue to patrol the area and board vessels.

The changes were prompted by April 24 suicide blasts, one of which killed two sailors and a Coast Guardsman attempting to board a suspicious dhow.

Each terminal, surrounded by an approximately 12,000-foot security zone before the incident, now has two zones offering a layered defense.

A 9,900-foot warning zone extending from each terminal is &#8220;an area in which we require fishing dhows and commercial boats to contact coalition forces and state what their transit intentions are,&#8221; Graybeal said. &#8220;Once they&#8217;ve made contact, they expeditiously move through the warning zone.&#8221;

A 6,600-foot exclusion zone is only for authorized vessels proceeding to the terminals.

&#8220;If the ships don&#8217;t make contact with us and leave that zone immediately, we do retain the right of warning fire and disabling fire,&#8221; Graybeal said.

Capt. Kurt Tidd, commander of coalition maritime security forces operating in the Gulf, said in a news release, &#8220;The zones around the terminals allow our coalition personnel to concentrate their efforts, but still give us enough time to communicate with, and if necessary, destroy hostile vessels before they can threaten the terminals.&#8221;

Mariners have been notified of the changes by navigation warnings and bridge-to-bridge radio.