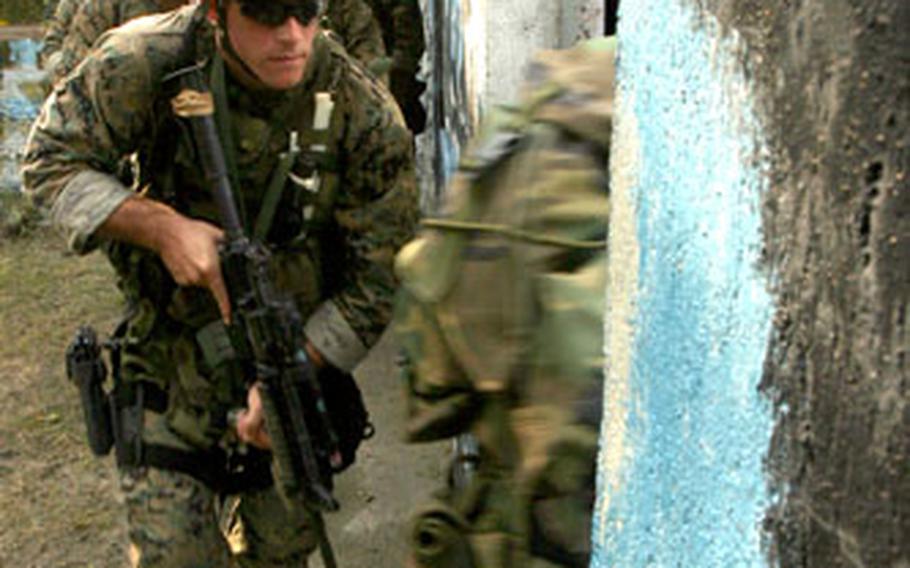 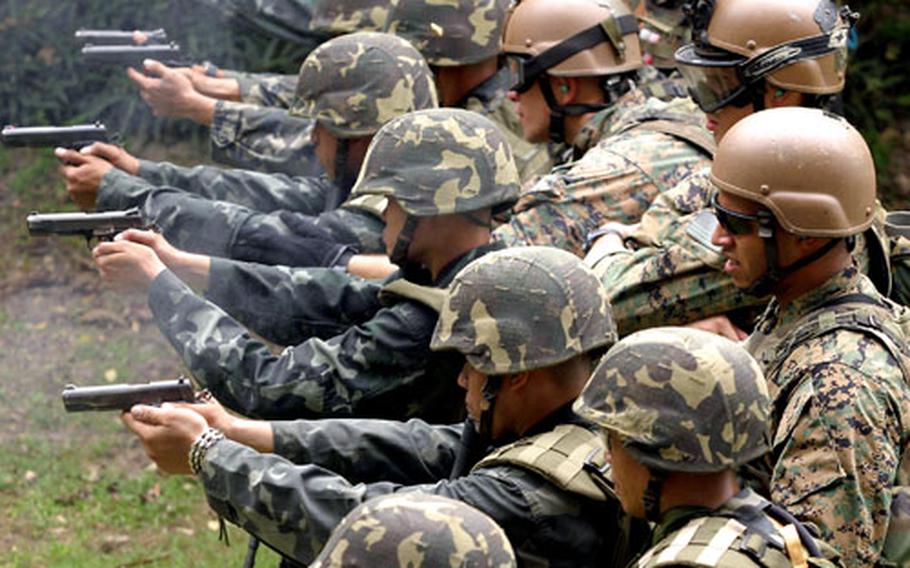 CAMP FOSTER, Okinawa &#8212; Many Philippine marines and airmen got their first taste of using pistols in live-fire, close-quarters battle training this week that was part of the annual Talon Vision bilateral exercises in the Philippines.

They were put through their paces by Deep Reconnaissance Platoon Marines with the 31st Marine Expeditionary Unit from Okinawa.

About 4,500 U.S. Marines and sailors with the 31st MEU are with Sasebo Naval Base&#8217;s Amphibious Squadron 11 for the Oct. 18-23 Talon Vision exercise and Amphibious Landing Exercise 2006, which started Friday and ends Nov. 1.

The Philippine marines said they enjoyed the chance to do some close-quarters training with their U.S. counterparts.

U.S. Marine Staff Sgt. Daniel Howe, 31, a platoon team leader from Cuyahoga Falls, Ohio, said in the release: &#8220;It gives everyone a chance to see each other&#8217;s capabilities and ensures we set a strong presence and example.&#8221;

Participants fired 200 to 300 rounds on a short-distance firing range starting at 30 yards away and progressively moving as close as 3 yards, using both pistols and rifles.

The U.S. Marines said they were impressed by what they saw.

Following the live-fire drills, Parmer said, the Marines practiced their urban warfare skills in a &#8220;kill house&#8221; facility &#8212; a building in which close-quarter battle is simulated.