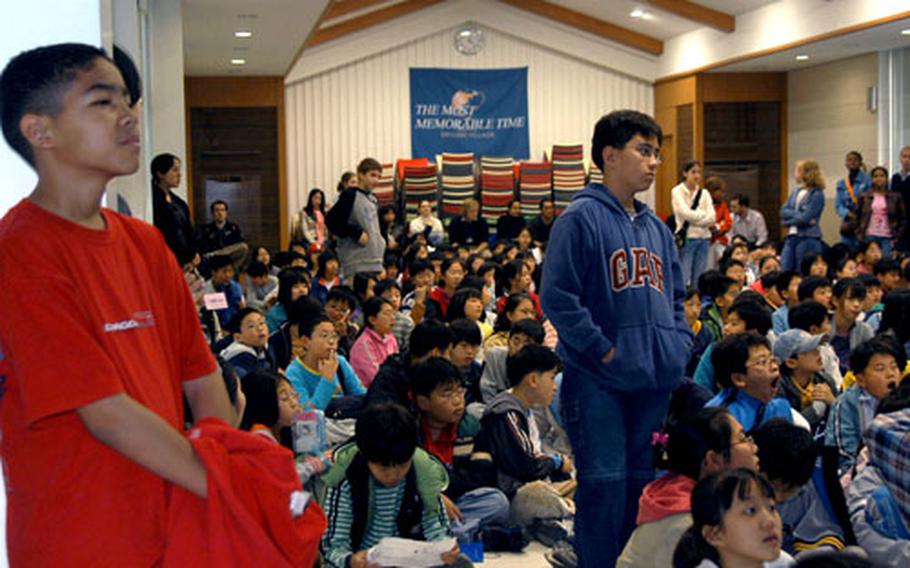 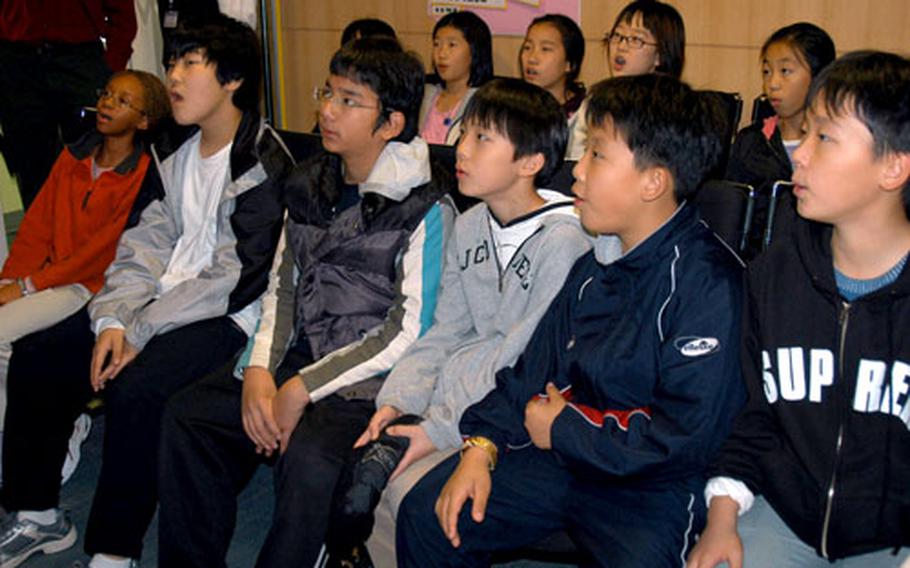 SEOUL &#8212; Try explaining Pop-Tarts to a foreigner. Or bagels, for that matter.

&#8220;Bread in the shape of a circle with a hole in the middle,&#8221; according to Patrick Folena, a sixth-grader from Seoul American Middle School who gave a presentation Thursday about his life as an American to nearly 300 South Korean students.

Each week, more than 300 South Korean students, ages 11 to 13, check in to the school and spend several days speaking only English. They learn to order food, shop, check into a hotel, cook Western dishes and even do some banking.

Last week, the American middle school students joined them to help with their language, make friends and get some experience in Seoul outside of a military base, said Samia Mounts, an assistant principal at the middle school.

The Seoul American students wrote essays to qualify and agreed to spend five nights away from home. The trip cost 120,000 won, about $120, including lodging and meals, according to Mounts.

On Thursday, Folena and two other students &#8212; seventh-graders Alex Cheyne and Aubrianna Stafford, both 12 &#8212; shared their daily routines with the South Korean students. They talked about breakfast foods, doing homework, having sleepovers and watching television.

Sixth-grader Michael Hickman, 11, said he thought the week was going all right. He learned a few things about taking a city bus and made a few new friends.