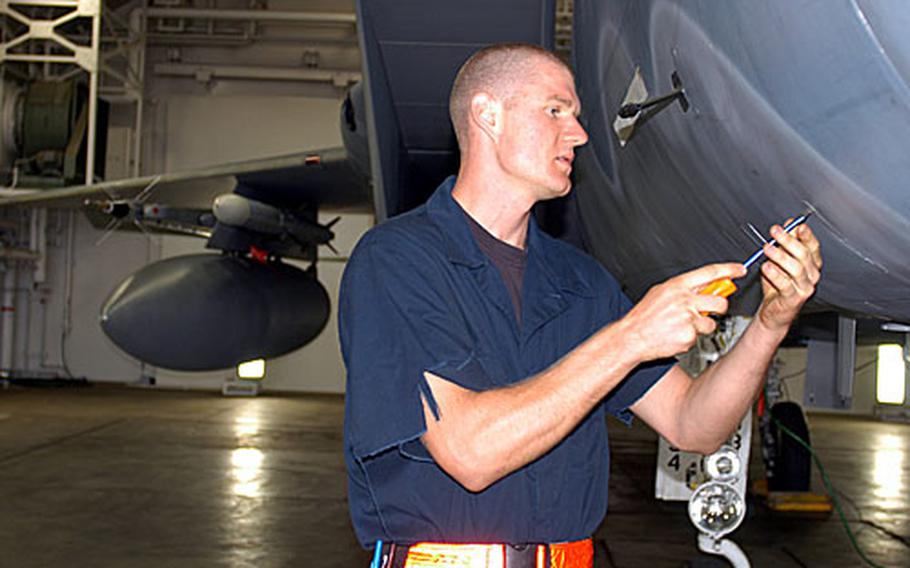 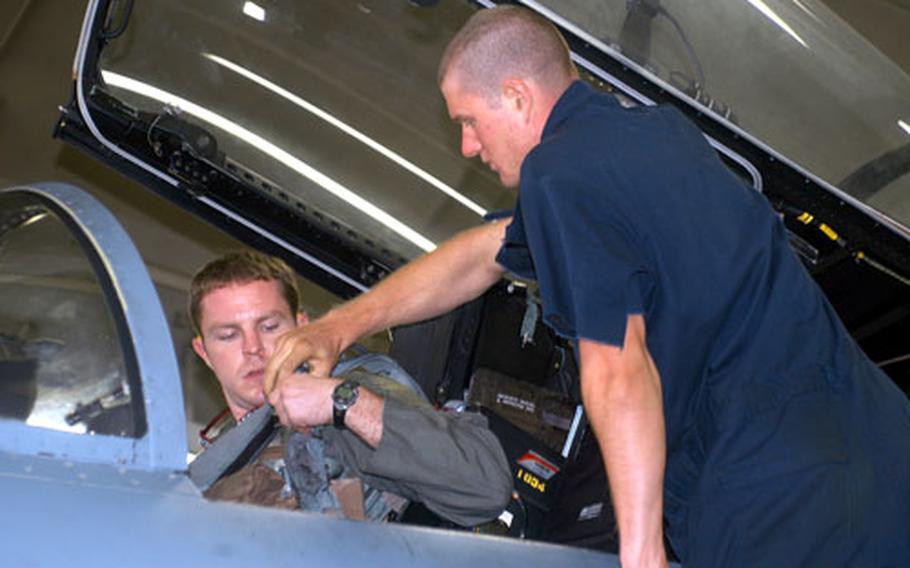 Capt. Jonathan Hough, an F-15C Eagle pilot from the 67th Fighter Squadron at Kadena Air Base, Okinawa, prepares to head out on a training sortie. (Jennifer H. Svan / S&S) 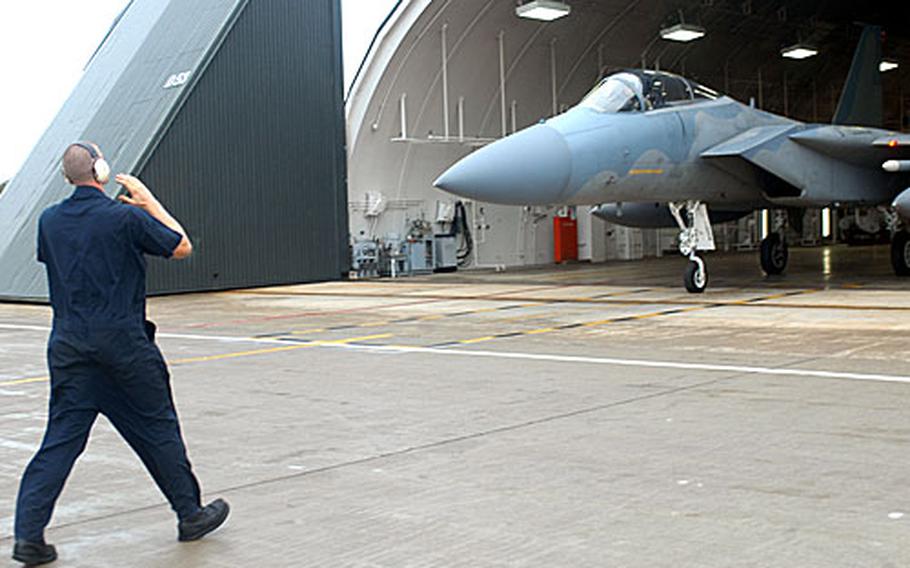 Ceccardi said one of the biggest challenges working at Misawa was trying to squeeze the wider F-15 into F-16 aircraft shelters. (Jennifer H. Svan / S&S)

MISAWA AIR BASE, Japan &#8212; The effects of last year&#8217;s realignment agreement between the United States and Japan rumbled through the skies above Misawa last week.

The exercise kicked off Tuesday and wrapped up Friday, with Kadena sending its war planes home Saturday.

The training up north marked the second time this year Kadena aircraft moved shop to train with the Japan Air Self Defense Force. The aviation training relocation, as it&#8217;s called, is part of the realignment agreement finalized last year to improve operational abilities between the two forces and enhance readiness, according to military officials.

&#8220;The government of Japan and the U.S. government agreed to do a series of continuing bilateral events where units from Kadena, Misawa and Iwakuni go to JASDF bases to conduct training,&#8221; said Col. Doug Carney, Kadena&#8217;s 18th Operations Group deputy commander and an F-15 pilot.

Kadena&#8217;s fighters showed up to participate in the Seikan War exercise alongside F-16CJs from the 35th Fighter Wing at Misawa and Japanese F-15Js from Chitose Air Base near Sapporo. F-2s and F-4s from JASDF&#8217;s 3rd Air Wing at Misawa also took part.

The 12 pilots and scores of maintainers worked out of the 13th Fighter Squadron spaces, which have been empty since the squadron deployed to Iraq in late May.

Despite sharing the same airspace, U.S. and JASDF pilots didn&#8217;t train together often in the past &#8212; even at Misawa, which hosts both a U.S. and JASDF fighter wing.

So far, the training has been valuable, both in the air and on the ground &#8212; where logistics can be a challenge in an unfamiliar environment, Carney said.

For Capt Scott Hardman, an F-15 pilot from Kadena, the exercise was his first look at a Japanese F-2.

Petty said one of the biggest surprises was &#8220;how similar our tactics are and how easy it is to meld our missions and our roles.