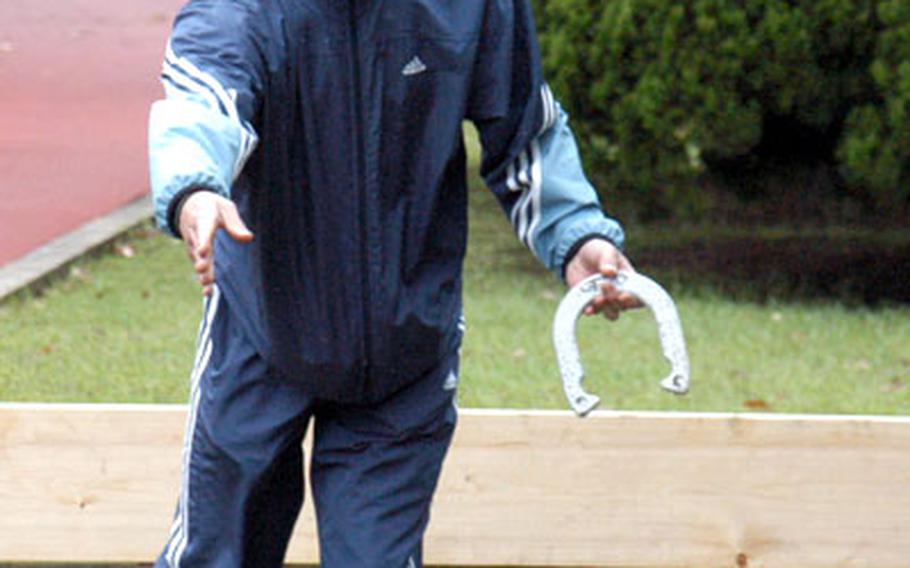 For the past 11 years, the event has brought together American and Japanese servicemembers for sports, food and a large-scale community cleanup campaign. But a soggy field curtailed some of the sports this year.

Senior Chief Petty Officer David Sobieck, with Commander Task Force 76, saw a new horseshoe pit and decided to bring along his horseshoes, much to the apparent delight of several Japanese guests.

Sobieck, who&#8217;s been at Sasebo for 13 years, said the event gets bigger each year.

With all of Sasebo&#8217;s U.S. ships at sea, there were fewer Americans than in previous years, he said. Organizers estimated about 50 Americans and about 200 Japanese attended.

Each year the day kicks off with a community cleanup. This year more than 200 people picked up trash in and around the park.

Then it was time for sports, including soccer and beach volleyball and the increasingly popular horseshoes. It wrapped up with a feast: Japanese yakisoba (fried Japanese noodles), thanks to the JMSDF, and from the Americans plenty of burgers and hot dogs as well as a pig roast.

Master Chief Petty Officer Shinichi Suzuki, president of the Sasebo JMSDF Chief Petty Officers Association, said the day helps raise understanding between U.S. and Japanese troops, particularly young ones who may not have met servicemembers from another country before.