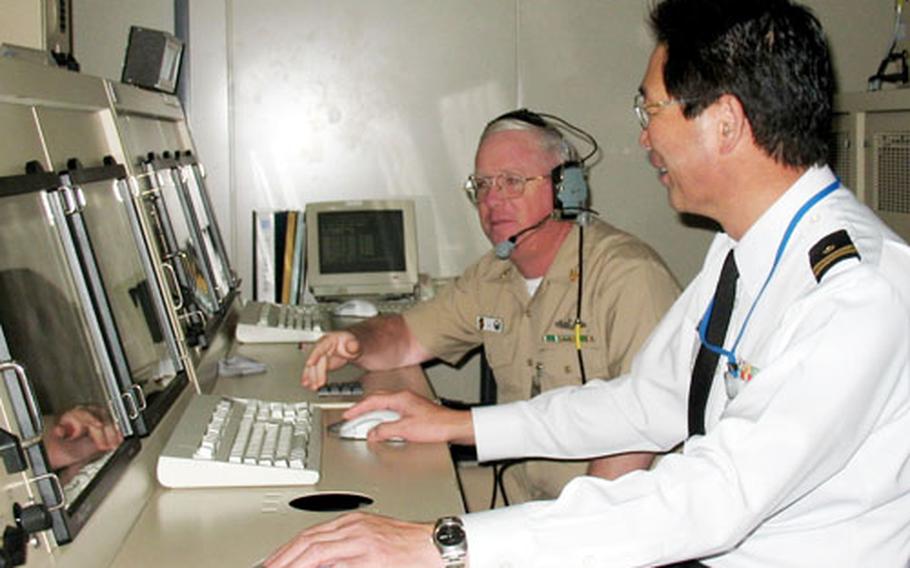 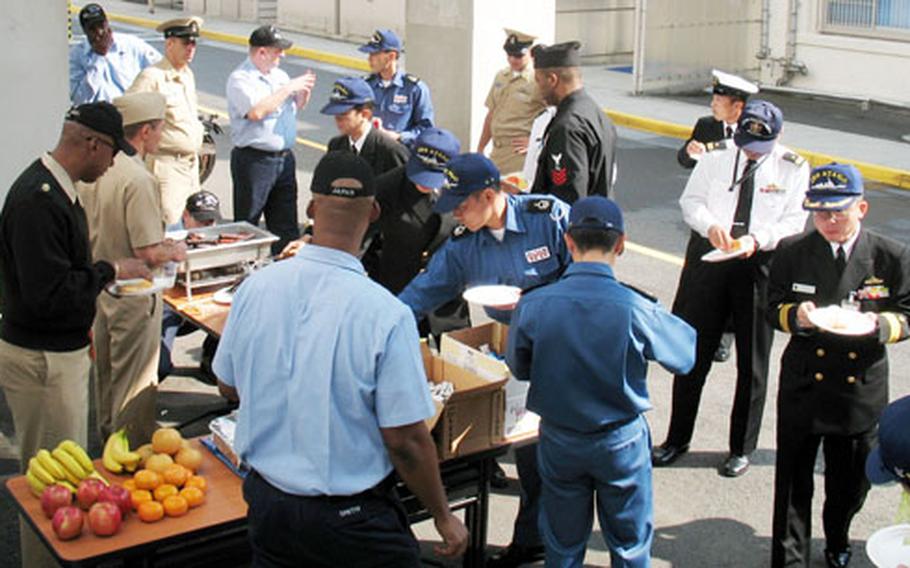 YOKOSUKA NAVAL BASE, Japan &#8212; The U.S. and Japanese navies are taking to the sea as well as classrooms in a recent surge of anti-submarine warfare training.

Making what has been called a &#8220;historic&#8221; first, sailors from Yokosuka Naval Base&#8217;s Center for Surface Combat Systems detachment trained members of the Japan Maritime Self-Defense Force on sub-fighting tactics this month.

The navies also worked together this week in a 100-ship exercise in which four Japanese diesel-powered submarines tried to &#8220;attack&#8221; the USS Kitty Hawk aircraft carrier while in the protection of a combined U.S.-Japanese surface group. The training is the focus of the current ANNUALEX, a yearly exercise designed to improve the navies&#8217; capacity to defend Japan.

&#8220;The benefit is a closer cooperation with an important ally,&#8221; said Capt. Roger Easton Jr., commanding officer of the Virginia-based Center for Surface Combat Systems, who recently visited Yokosuka. &#8220;There are certainly more subs being delivered and produced and the operational challenges are increasing. We&#8217;re training sailors to respond to these threats.&#8221;

Submarines are becoming &#8220;increasingly quiet and sophisticated,&#8221; and there are about 250 of them from many nations near critical choke points and navigational sea lanes in the Pacific, according to the U.S. 7th Fleet.

So far, the Yokosuka sailors have trained one crew of 35 JMSDF sailors, but they &#8220;anticipate a number of others,&#8221; said Lt. Daryl Adamson, the detachment&#8217;s officer in charge.

The detachment also conducts weekly basic acoustic analysis workshops where Japanese and U.S. Navy technicians hone their skills side by side in a simulated sonar lab, said CSCS spokesman Petty Officer 1st Class Chuck Collins. Acoustic analysis is used to determine what kind of ships or subs are in a submarine&#8217;s vicinity.

The Japanese, in turn, allow U.S. sailors to use their &#8220;trainer&#8221; &#8212; a multi-room replica of a ship with a bridge, combat information center and sonar rooms where forces can simulate hostile encounters.

The two commands signed an agreement in October 2005 to allow U.S. forces to train on the Japanese equipment, Adamson said.

Improved anti-submarine capabilities is the &#8220;top maritime war-fighting priority,&#8221; according to Pacific Fleet commander Adm. Gary Roughead, who is in China this week.

His visit falls in the wake of news reports saying a Chinese diesel-powered attack submarine had been tracking the Kitty Hawk and surfaced within five miles of the aircraft carrier Oct. 26.