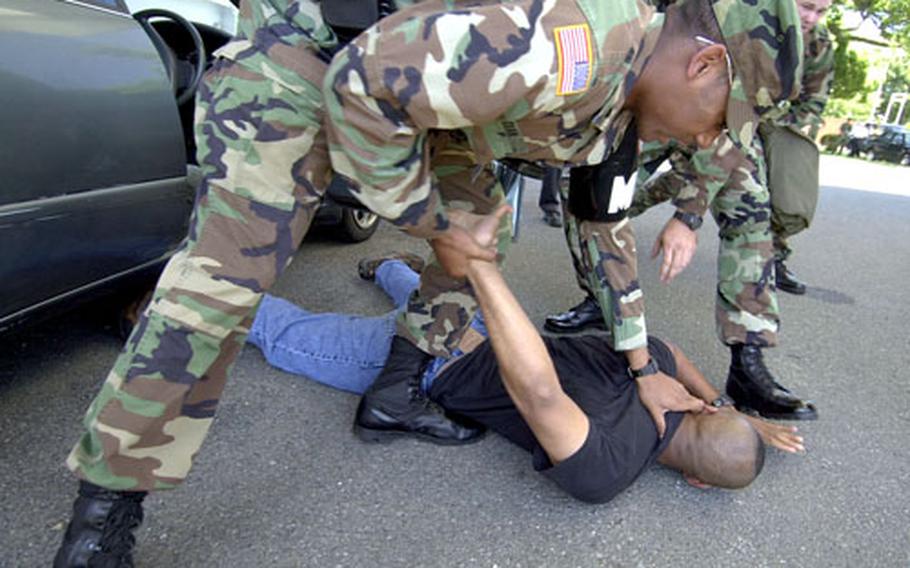 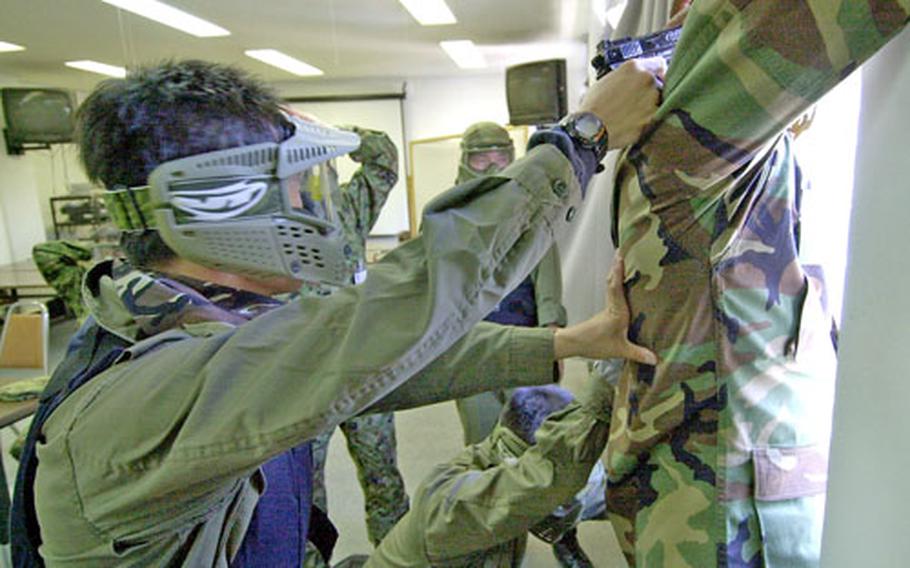 Terrorist role players force their hostages to shout demands out a window during a anti-terrorism exercise at Camp Zama. (Jim Schulz / S&S) 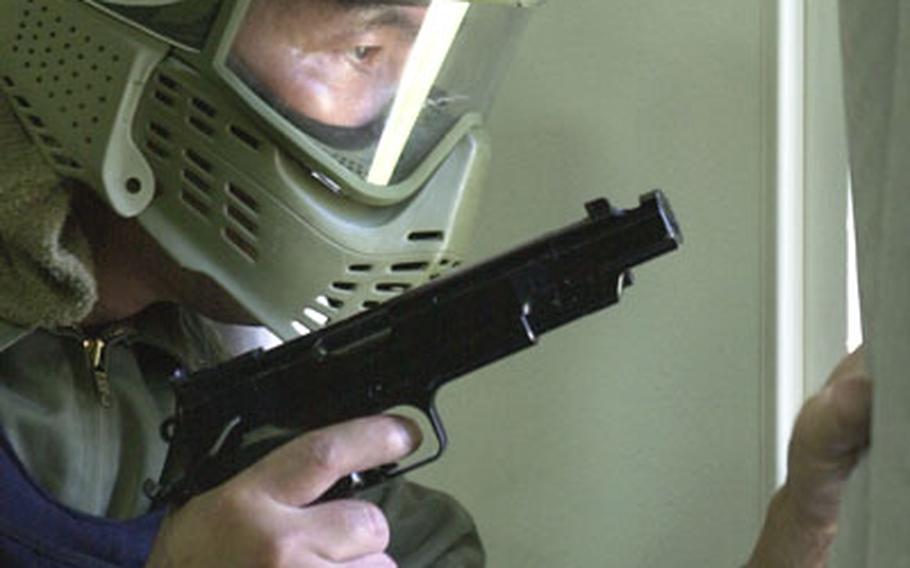 A terrorist role player looks out the window during an anti-terrorism exercise at Camp Zama. (Jim Schulz / S&S)

CAMP ZAMA, Japan &#8212; Mock terrorists broke through a gate Tuesday, then led security on a chase before barricading themselves in a room with two hostages.

After negotiations broke down, a special reactionary force stormed in, took out the terrorists and freed a hostage (one escaped).

All in a day&#8217;s work for a training exercise, but, this time, the participants included U.S. and Japanese forces.

Since the signing of an agreement last month, U.S. soldiers and Japan Ground Self-Defense Force members now can train together to defend the installation against terrorism.

Over two days, both sides practiced a series of drills, including the hostage crisis, a break-in on post, a bombing and chemical attack.

&#8220;The biggest thing we&#8217;re trying to do is get the communication and the cooperation bilateral,&#8221; said Col. Garland H. Williams, commander of U.S. Army Garrison-Japan.

After Sept. 11, 2001, Japanese forces joined in the security of bases around Japan. But the two sides never had trained together to prepare. U.S. and Japanese military leaders eventually came up with a &#8220;Guard and Protect&#8221; agreement to allow this kind of training.

The two sides rely on translators to communicate, he said, but training together helps prepare both. The exercise also tests the ability of command centers from both countries to coordinate and communicate.

&#8220;The communication gets the right people to the right places,&#8221; Hulsebosch said.

For the exercise&#8217;s main piece, mock terrorists simulated driving through a gate and part of the way across post. Japan Self-Defense Force members chased them into a building, where the terrorists took hostages.

Emergency reactionary forces responded and surrounded the building, while a special reaction team prepared to break in and stop them.

The exercise began Monday and included a bomb scenario, suspicious individuals and a possible chemical/biological attack.

The exercise showed both sides areas in which they need to improve.

The most important thing, he said, is preparing both sides for any contingency.