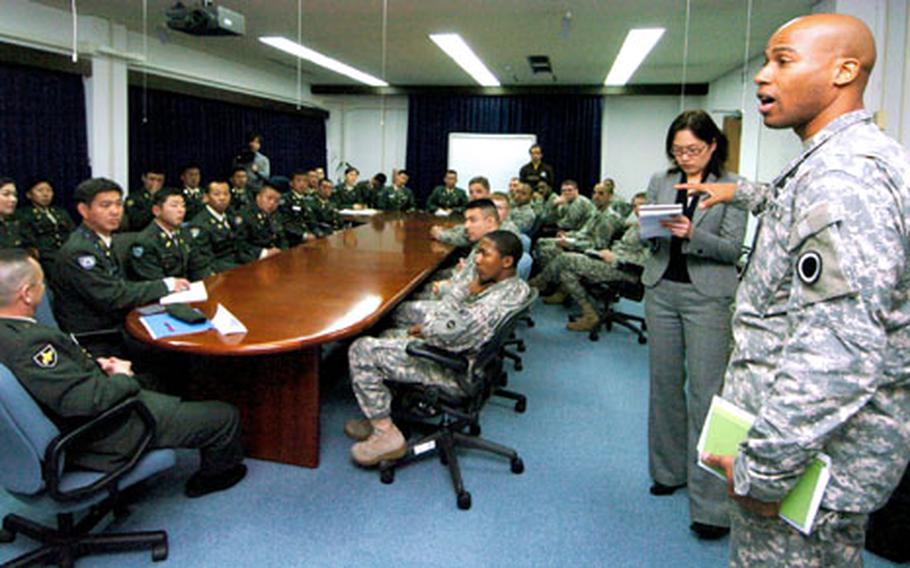 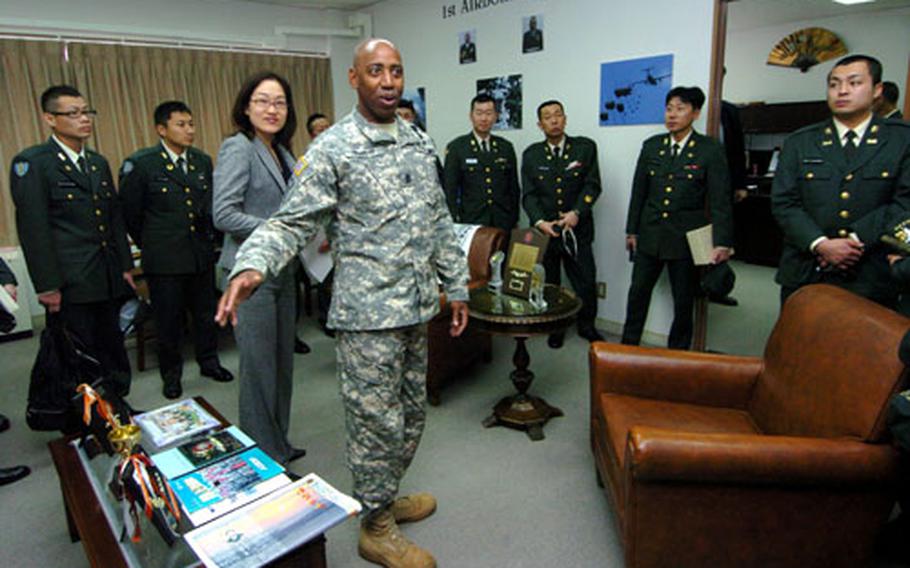 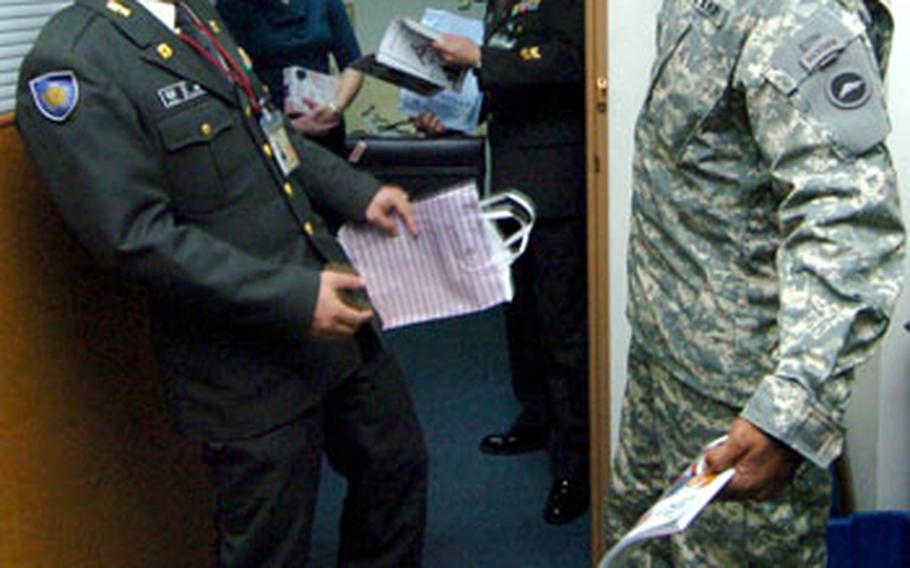 Leadership comes with the territory for U.S. Army NCOs, and their Japanese counterparts are looking to move in that direction within the Japan Ground Self-Defense Force.

With that in mind, NCOs of the JGSDF Noncommissioned Officer Association traveled to Camp Zama last week and exchanged leadership ideas with some of their U.S. Army counterparts.

All five regional JGSDF armies were represented by the 15 troops, ranging in rank from E-5 to E-8. Their association focuses on strengthening ties between its members and the local community, and improving the role and overall status of NCOs in the JGSDF.

"The bottom line is to create future NCO leaders," Miura said through an interpreter. "The young, training NCOs have a shortage of experience. They can know and can study at Camp Zama. For them to spread that knowledge is my goal."

The greater emphasis on leadership coincides with the JGSDF&#8217;s 2008 decision to implement the rank of command sergeant major. Currently, warrant officers are filling the roles with the possibility of NCOs filling them in the future, officials said.

The Japanese NCOs visited with Franklin, toured the base and participated in an round-table discussion with Zama NCOs. The two groups discussed experiences and compared views on such topics as physical fitness standards, military culture and rank advancement.

Sgt. 1st Class Christian Estrada said it was easy to see the benefit of such an interaction.

"It helps them by us giving them feedback &#8212; like what are the big hurdles that we had to come through," Estrada said. "Basically it shows them that [the U.S. Army enlisted system] works."