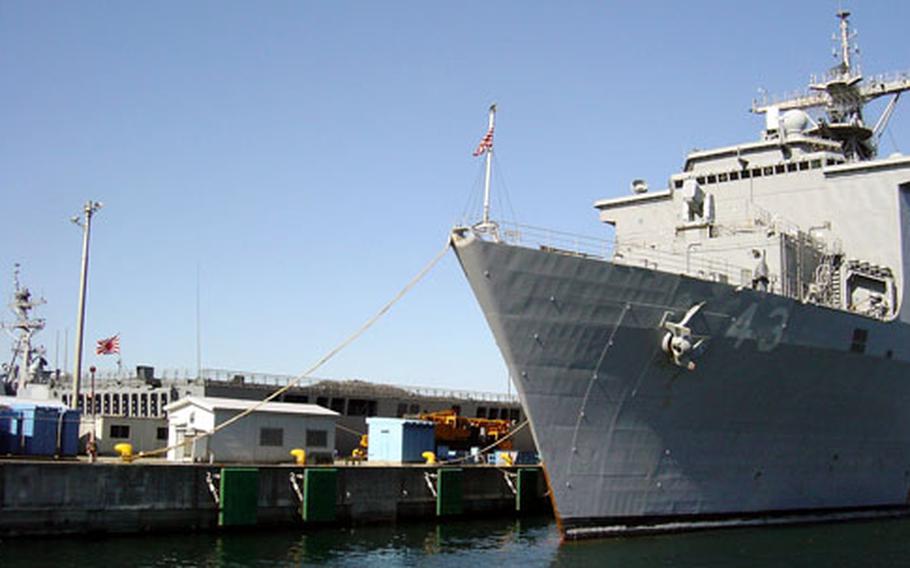 The amphibious transport exercise is designed to &#8220;familiarize each of us on wet-well operations and landing procedures through cross-training and landing craft recoveries in each other&#8217;s ships,&#8221; said Cmdr. Michael T. Talaga, Fort McHenry&#8217;s commander.

The exercise has the &#8220;potential to pay huge dividends in the event that we are required to respond unilaterally to any contingency,&#8221; Talaga added.

Capt. Yoshinari Ishikado, the Ohsumi commander, echoed Talaga and added that such training provides &#8220;experience working together as a team in responding to natural disasters such as earthquakes, tsunami and typhoons. This training will save many lives.&#8221;