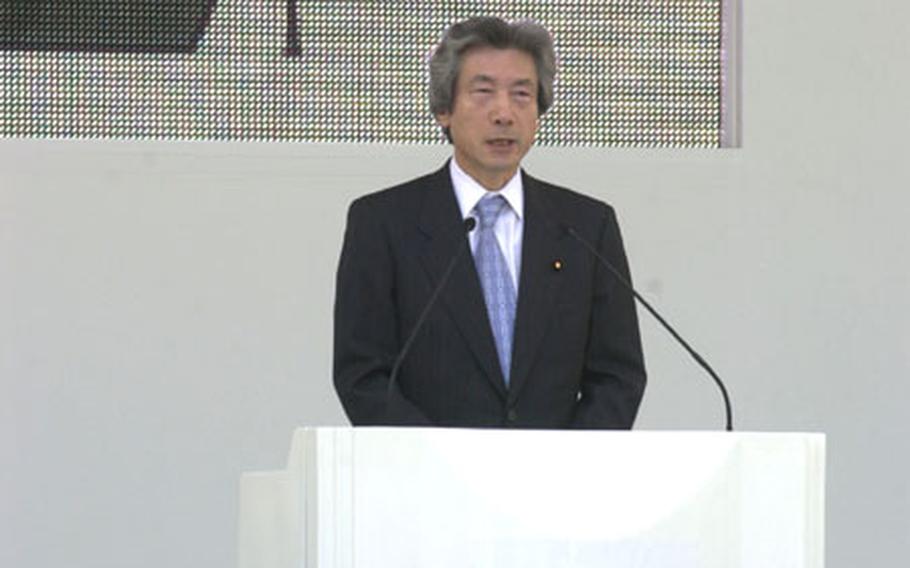 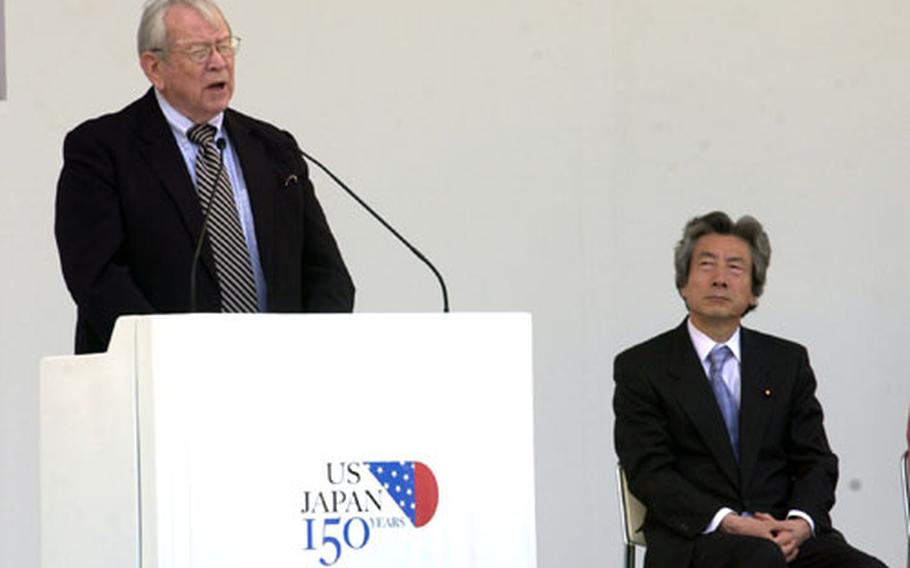 YOKOHAMA, Japan &#8212; American and Japanese leaders celebrated 150 years of U.S.-Japanese relations in Yokohama on Saturday, emphasizing the importance of the two countries&#8217; friendship for global stability.

&#8220;Today, America has no closer ally than Japan,&#8221; President Bush said in a video message played on a wall-sized monitor during the ceremony.

Japanese Prime Minister Junichiro Koizumi, U.S. Ambassador to Japan Howard Baker and approximately 800 people attended the ceremony, which was held at the very spot where the two nations signed the Treaty of Peace and Amity on March 31, 1854.

A performance by the U.S. Navy&#8217;s 7th Fleet Band and the Yokohama City Fire Bureau Band kicked off the festivities.

&#8220;Our governments work together to stop the proliferation of weapons of mass destruction, to bring peace to strife-torn lands, and to defeat the terrorists that threaten our common values,&#8221; Bush said. &#8220;Our men and women in uniform serve alongside each other to maintain peace and stability in Asia. At this hour, Japanese and American forces are helping the Iraqi people build a better future.&#8221;

Guests including Koizumi and Baker planted a dogwood tree, which along with the cherry tree is a symbol of U.S.-Japanese friendship.

&#8220;In my view, we are a prime example to the world that people of different races and beliefs can share the same values and be true friends,&#8221; Koizumi said in his speech. &#8220;Our alliance, in addition to ensuring Japan&#8217;s security, is the basis for regional stability and prosperity in Asia and the Pacific.&#8221;

The 7th Fleet Band played five songs, including Japan&#8217;s national anthem. &#8220;It is a great opportunity to perform to support the ambassador and the president,&#8221; said Lt. Michael Grant, the band&#8217;s director.

The band also played at the grand-opening ceremony of the U.S.-Japan 150th Anniversary Program in Shimoda City on Wednesday.