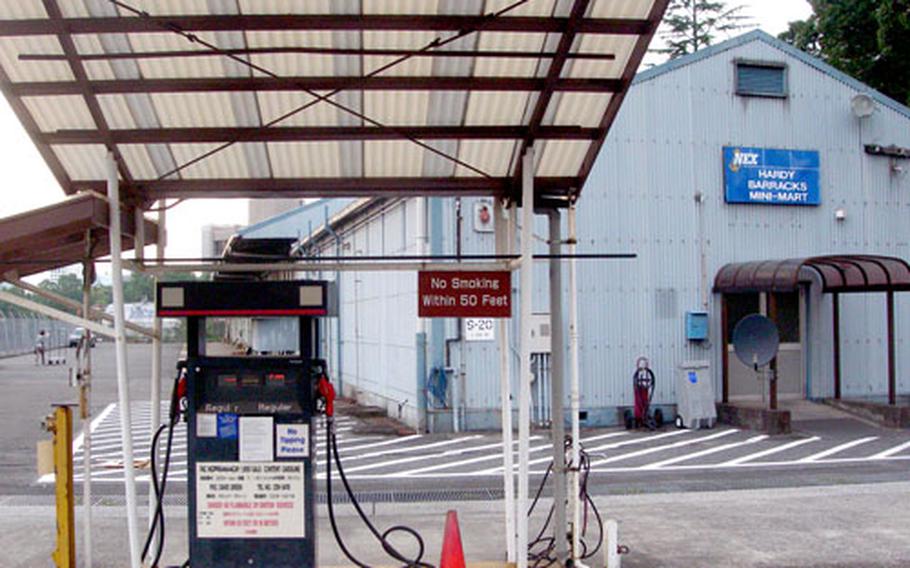 The Navy Exchange at Hardy Barracks will be relocated, not closed. (Christopher B. Stoltz / S&S)

TOKYO &#8212; The U.S. and Japanese governments have agreed to relocate the Navy Exchange store at the Akasaka Press Center and Hardy Barracks complex, according to an unclassified U.S. Army Japan draft report obtained by Stars and Stripes.

The store is currently housed in an old steel building due to be demolished to remove what Japanese cultural ministry officials call an eyesore beside a new museum, the National Art Center, Tokyo.

In earlier talks, officials discussed removing the store from the compound. However, according to the draft report, U.S. military leaders decided the store &#8212; which serves U.S. Embassy personnel, military and civilian employees at the complex and guests at Hardy Barracks lodge &#8212; should be retained.

Officials at U.S. Army Japan declined to comment on the report or the NEX store.

U.S. and Japanese officials studied the complex and, with both sides agreeing to the move, the store will relocate to a temporary building in the parking lot at Hardy Barracks on Dec. 1, according to the draft report.

The gas station will continue to operate at its current location near the store until the land exchange takes place. Pumps then will be relocated to another area on the compound, according to the report.

Meanwhile, according to the report, the Army post office will be moved across the lobby of the main complex building and later the NEX store will occupy the post office&#8217;s space. Those changes are expected to begin in the spring of 2007.

The current NEX store building will be demolished between Dec. 1 and Jan. 19, according to the draft report.

The Japanese government has agreed to pay for the move and all renovations, the report said.

Eventually, Army officials have said in the past, the land the current store sits upon will be returned to the Japanese government.