U.S. is out, but World Cup is 'still the greatest party' 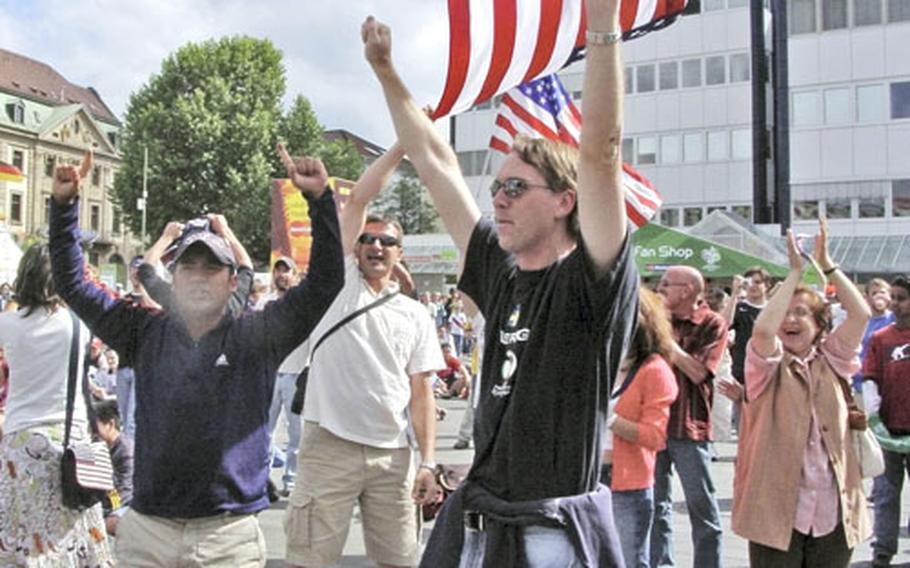 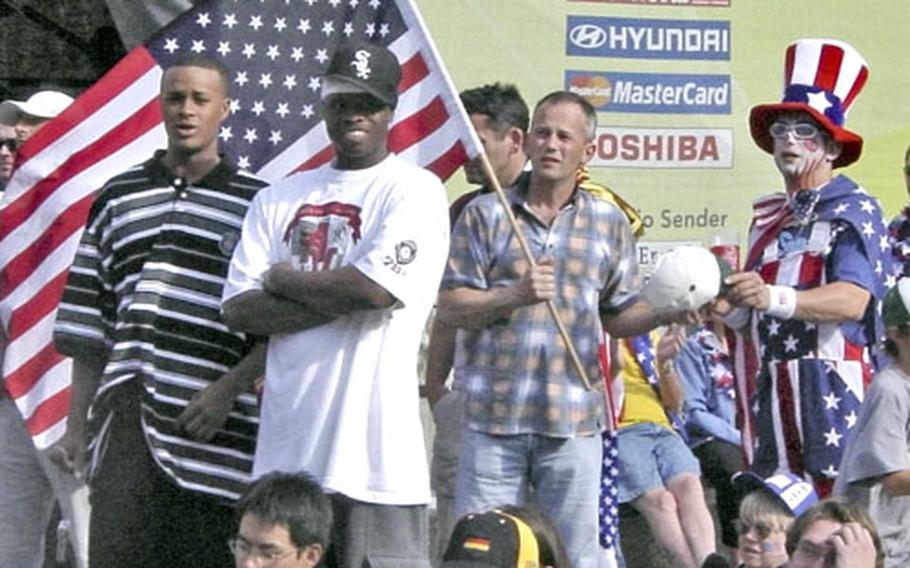 U.S. soccer fans watch the second half of the U.S.-Ghana World Cup match on an outdoor jumbo TV on Thursday in downtown Kaiserslautern. (Steve Mraz / S&S) 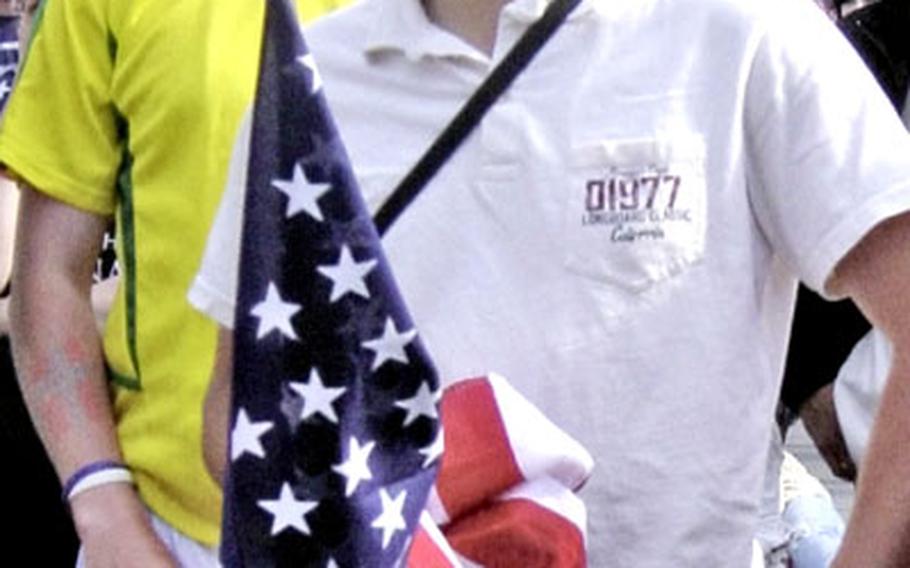 Air Force Capt. Metodi Roulev, right, who is assigned to the 16th Air Force at Ramstein Air Base, watches in downtown Kaiserslautern, Germany, on Thursday as the U.S.-Ghana World Cup match comes to a disappointing close. (Scott Schonauer / S&S)

KAISERSLAUTERN, Germany &#8212; Watching the United States get booted from the World Cup on Thursday broke the hearts of hopeful fans.

But it wasn&#8217;t enough to cure World Cup fever for many Americans stationed in Europe or just visiting.

Airman 1st Class Roger Davis is disappointed the U.S. team lost to Ghana 2-1 and won&#8217;t advance to the next round, but it will not get in the way of enjoying an epic party.

&#8220;The World Cup is the best show on earth,&#8221; said Davis, who is stationed at Ramstein Air Base and attached to the 86th Aircraft Maintenance Squadron. &#8220;Where else can you get every country in the world together, chilling and having fun? That only happens during the World Cup, and I&#8217;m down with it.&#8221;

Hundreds of Americans gathered at downtown Kaiserslautern&#8217;s Stiftplatz to watch the afternoon game on an outdoor jumbo TV screen. Some arrived with U.S. flags draped over their shoulders or dressed in replica jerseys of their favorite U.S. players.

Air Force Capt. Ray Handrich made the hour-plus drive from Spangdahlem Air Base to watch the game in downtown Kaiserslautern.

Just being able to watch the games in Germany alongside dozens of Americans was a treat for West Point Cadets Jorge Cruz and Josh Dabashinsky, who are in Germany for the summer. The two watched the game at one of the downtown public viewing areas.

Cruz, Dabashinsky and Army 1st Lt. Shilo Velasquez raised their arms and American flags after the U.S. scored a goal. However, they would find little else to cheer.

When Ghana went up 2-1 on a controversial penalty kick, enthusiastic flag-wavers suddenly stood quietly, and boisterous fans with faces painted red, white and blue stared into their beers.

But the gloom quickly lifted.

Air Force Tech. Sgt. Shawn Brock stood with other airmen in the plaza and lamented how Coach Bruce Arena should have put Eddie Johnson in the game sooner. But he was glad to be in Kaiserslautern on temporary duty from Kirtland Air Force Base in New Mexico at the same time as the World Cup.

He doesn&#8217;t follow soccer closely, but he now better understands why the rest of the world is so passionate about the sport.

Air Force Capt. Matt Anderson, a C-17 pilot stationed at McChord Air Force Base in Washington, took two weeks of leave so he could fly from Seattle with his family to Germany and watch the tournament. He attributed the first-round flop by the U.S. to a lack of &#8220;creativity&#8221; on offense. Although he was disappointed by Thursday&#8217;s game, he doesn&#8217;t regret traveling thousands of miles to be a part of it.

While the U.S. is out, some Americans said they will still have a team to cheer for the rest of the way. Most Americans have roots in other countries, giving them a license to root for the country of their ancestors. Such countries as Mexico, England, France, Germany and Italy are still in the tournament and will probably gain some new fans.

Davis, a native of Trinidad-Tobago, which also was eliminated, intends to have a blast and meet new people from places he couldn&#8217;t point to on a map.