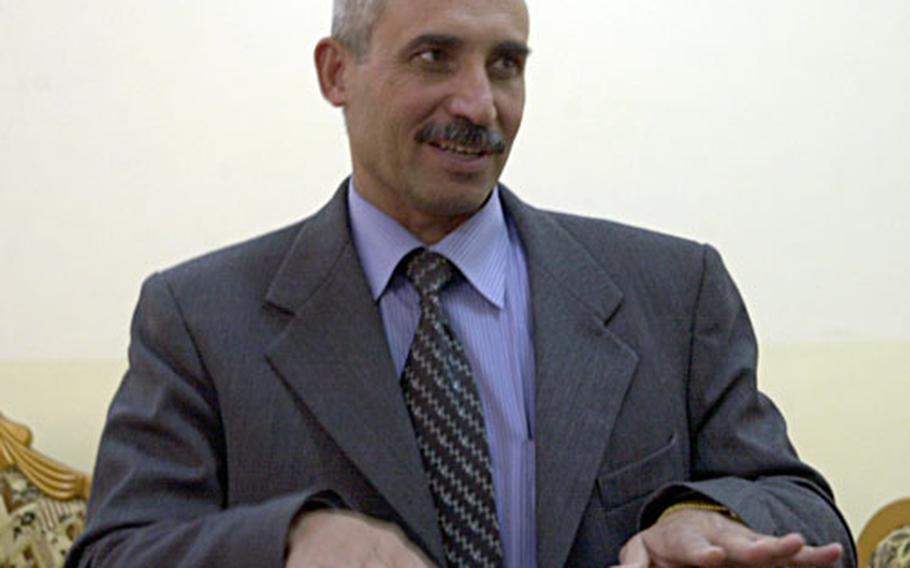 TIKRIT, Iraq &#8212; For four days in March 2003, Abdulla Jabbar, a decorated Iraqi army general, fought against invading American forces pressing into Baghdad. On the fifth day, disguised as a farmer, he escaped the city and returned to his home in Tikrit.

He slipped through checkpoints, watching Iraqi units dissolve and towns fall into chaos.

Once he reached his home, he found dozens of other men just like him: proud Iraqi soldiers from shattered units, wondering what to do.

Many of the men followed him. Others, jobless, later took up arms.

His hair is a close-cropped gray stubble, testament to his recent completion of the hajj, the holy Islamic pilgrimage to Mecca.

He also is a perfect example of a man who could be the American military&#8217;s best friend or worst enemy in Iraq: military-trained, well-connected and with influence over a vast family and tribal network.

Right now, he is one of the officials the U.S. military is hoping can help bring peace and stability to the province.

Jabbar says the insurgency comprises three groups: jihadists bent on driving Americans from Muslim lands; jobless former soldiers and regime officials who fight the Americans to earn money; and &#8220;thieves, looters and hijackers&#8221; who use the lack of security to rob and kill.

In this province, he said, ordinary people are frightened of the first group, sympathize with the second and have turned against the third.

He also stoutly agrees with the notion &#8212; proferred by several powerful provincial figures &#8212; that American troops should pull back and let the Iraqis take control. The Iraqi forces must get better for that to happen, he acknowledges, but the time is coming soon.

Privately, some American military officers question whether Jabbar is playing both sides.

By his own admission, he was detained and released once by U.S. forces.

Nevertheless, getting the second group in the insurgency to buy into the new government, find jobs and lay down their weapons will help the country turn a corner. But, he said, he understands why many former regime officials believe that path is closed.

&#8220;If I reach such a conclusion, I will not feel any shame to carry a weapon and fight. But we believe we still have time to negotiate and reach our goals,&#8221; he said.

Asked by a journalist whether he believes the Sunni population &#8212; dominant for so long under Saddam&#8217;s regime &#8212; can accept a majority Shiite rule, he expresses some optimism, tempered by what he sees around him.