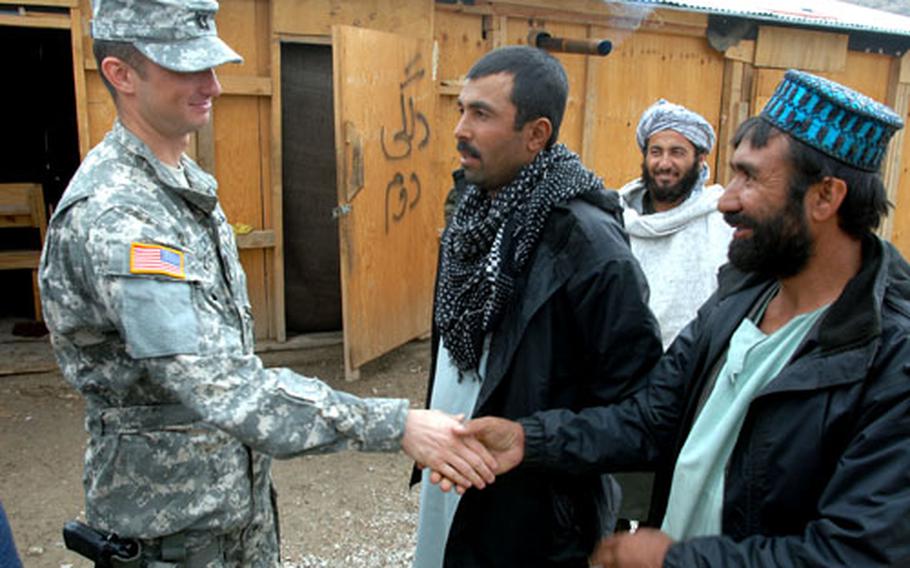 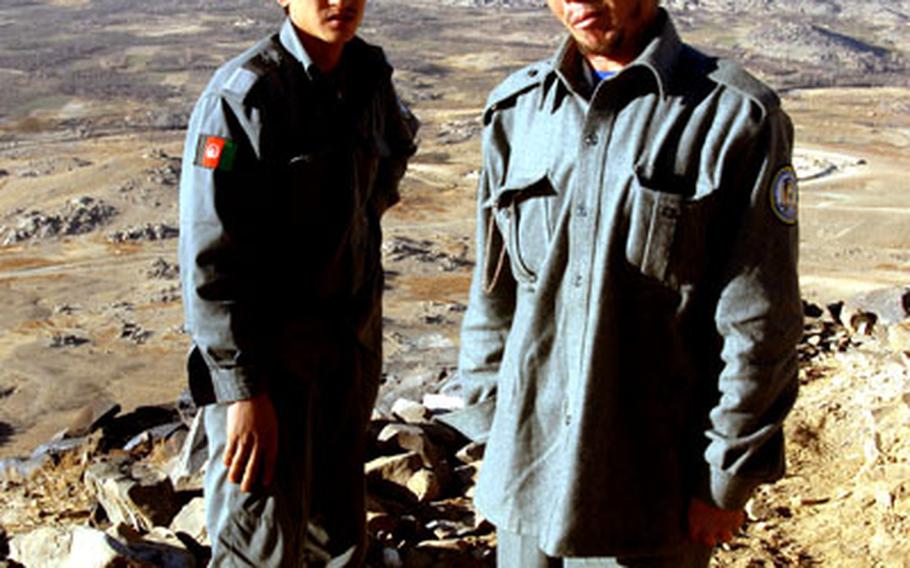 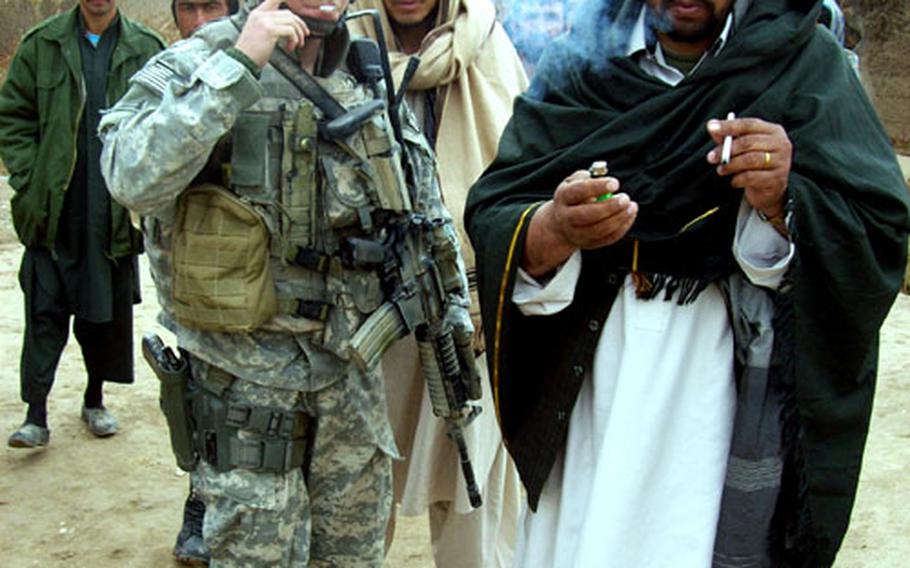 ZABUL PROVINCE, Afghanistan &#8212; Racial tensions can be a problem within this country&#8217;s security forces, as American soldiers are finding.

The Afghan government is making efforts to integrate the forces to include a mixture of the country&#8217;s ethnic groups &#8212; including Pashtuns, Tajiks, Uzbeks, Hazars and Turkmen &#8212; but the process is not without its hiccups.

At a meeting with the warring parties, 1st Platoon leader 1st Lt. Joshua Sims, 25, of Talladega, Ala., heard the Uzbeks complain that Pashtun police laugh at them, force them to do demeaning work and won&#8217;t let them visit Uzbek soldiers at the nearby Afghan National Army compound.

The Uzbeks threatened to go back to Qalat, the district capital.

But after some encouraging words from Sims and Capt. Jason Cowden, 28, of Cincinnati, an embedded tactical trainer working with the ANA in Mizan, the Uzbeks changed their tune.

&#8220;I will run into gunfire for you. I will cut off my own head for you,&#8221; said Haiatallah, an Uzbek policeman, after hearing that the Americans would talk to Ahmady, who is in charge of the police, about his concerns.

When Sims sat down with Ahmady he told him to assign unpleasant jobs evenly between Pashtuns and Uzbeks.

He agreed that the Uzbeks should tell Ahmady if they were going to visit their friends in the ANA.

Sims said these types of problems happen in army units all over the world.

&#8220;It is a problem with the new guy who is not from around here. The cultural and language differences cause problems. It is just a leadership challenge. It would be if you had two different nationalities in a unit. It is like cliques and he (Ahmady) is having a problem bridging that gap,&#8221; he said.

There are plans to integrate various ethnic groups in the ANP but it likely will take years in isolated places such as Zabul province, ANP officers said.

The problems in Mizan were echoed recently at FOB Baylough in the nearby Dey Chopan district where the local police chief threatened to leave along with his men, fellow Hazars, who patrol an area overwhelmingly populated by Pashtuns.

The Hazar police complained that they do not trust nine Pashtun policemen who recently joined their unit.

First Lt. Alex Sanchez, 24, of La Mirada, Calif., who leads Team Apache&#8217;s 2nd Platoon, at FOB Baylough, said three Pashtun policemen who were at Baylough before slept in a separate room from the Hazars and two later defected to the Taliban with their weapons.

Sanchez told the Hazars that he would talk to the district chief, a Pashtun, about the problem.