U.S. hands off authority for Herat base to Italians 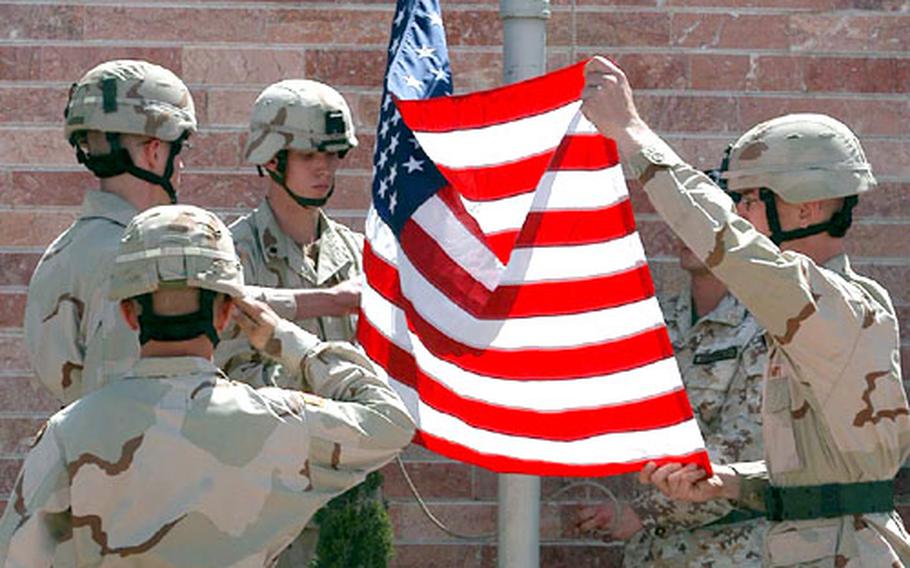 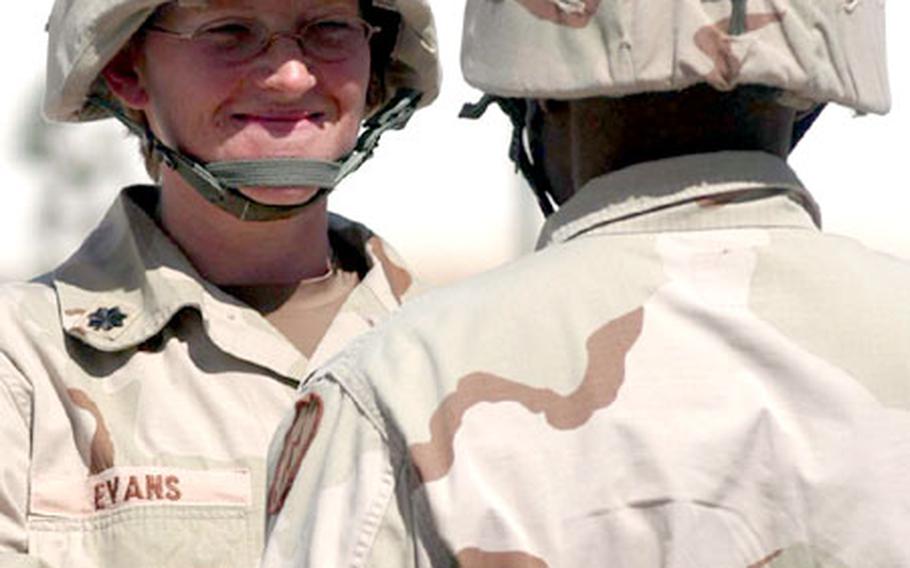 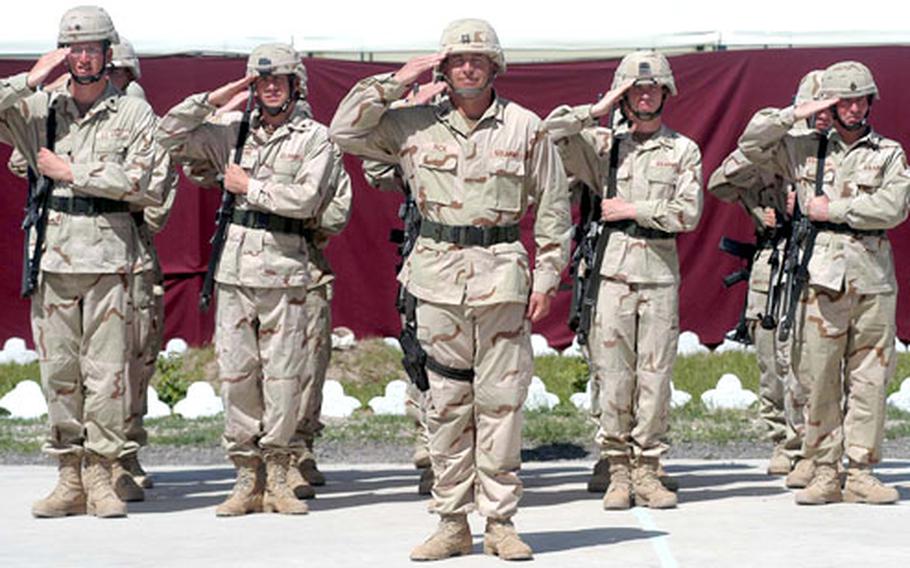 American soldiers salute during the playing of the national anthem during the transfer of authority ceremony on Thursday. (Michael Abrams / S&S) 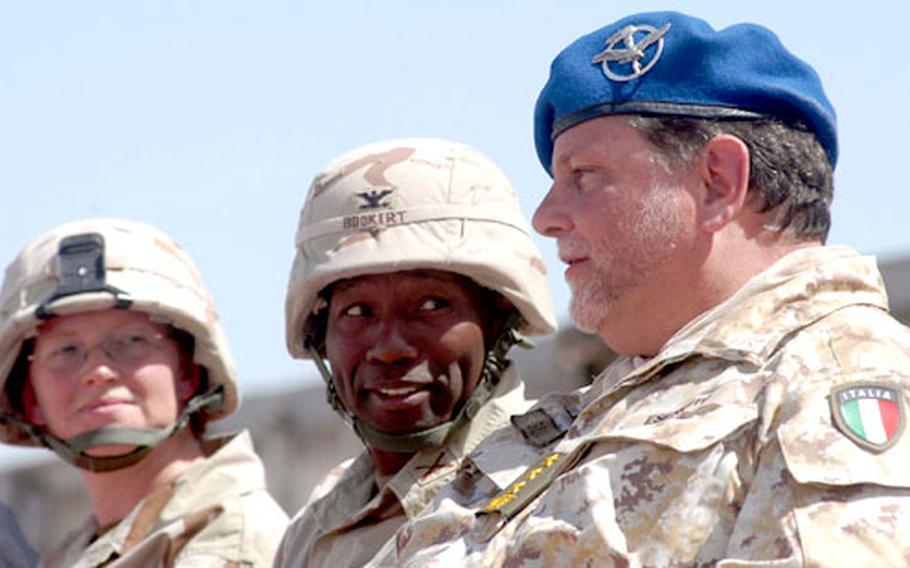 HERAT, Afghanistan &#8212; A transfer of authority ceremony Thursday marked the beginning of the end of any sizable U.S. military presence in western Afghanistan.

While the switch might have involved only a few hundred American and Italian servicemembers, it was &#8220;an important step in expanding international presence in the west of the country,&#8221; according to U.S. Ambassador Zalmay Khalilzad, on hand for the ceremony.

In fact, Col. Phil Bookert, who heads Regional Command West, said there soon will be only a few U.S. soldiers in Herat and a small force manning the provincial reconstruction team in Farah in his sector, which includes the country&#8217;s four western provinces.

Bookert himself is set to give up command this summer. He said no date has been set, but he&#8217;s supposed to be out of the country by June 7. Italian Brig. Gen. Giuseppe Santangelo might be his successor.

For such a small command, Thursday&#8217;s ceremony included a high-profile guest list.

Khalilzad and the Italian ambassador to Afghanistan, Ettore Francisco Sequi, both spoke. Several general officers from both countries attended, including Italian Adm. Giampaolo Di Paola, who holds the highest military post in the country, the equivalent of the head of the joint chiefs of staff.

A few Americans will stay with the PRT in Herat to watch over funding for projects already under way. In the past 18 months, the team has proposed about 60 projects totaling $3.5 million.

Cmdr. Kimberly Evans, who gave way to Col. Aldo Guaccio as commander of the Herat PRT, said she had mixed feelings. Some of her team is headed to Lashman province in the east to set up the 20th PRT in the country.

Guaccio said the Italians will continue much along the same lines the Americans have, targeting education and infrastructure improvements.

Khalilzad, scheduled to become the U.S. ambassador to Iraq soon, said the PRT teams across the country &#8220;will continue to play an important role in helping Afghanistan recover from more than two decades of war.&#8221;

Bookert said the pullout from Herat was based on NATO determination. Most of the 38 countries in the International Security Assistance Force are members of NATO. But he admitted the pullout might have other results.

Speaking for himself and not the U.S. government, he said the move might have a &#8220;calming effect on the Iranians about our intentions.&#8221;

With large forces to the west in Iraq and U.S. troops along the Afghanistan border to the east, Iran has been virtually surrounded by U.S. forces since the invasion of Iraq. But ISAF, with only a tiny amount of U.S. personnel, would serve as a buffer in Afghanistan with most U.S. forces now deployed to the east and south.