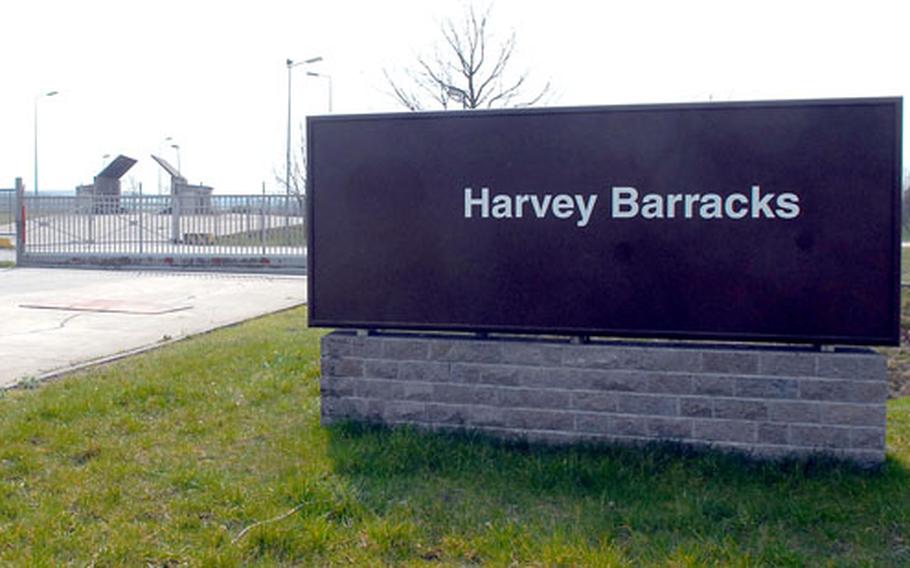 Harvey Barracks in Kitzingen, Germany was officially turned over to the German government on Thursday. The last American soldiers left the base last September. (Michael Abrams / S&S)

Harvey Barracks in Kitzingen, Germany was officially turned over to the German government on Thursday. The last American soldiers left the base last September. (Michael Abrams / S&S) 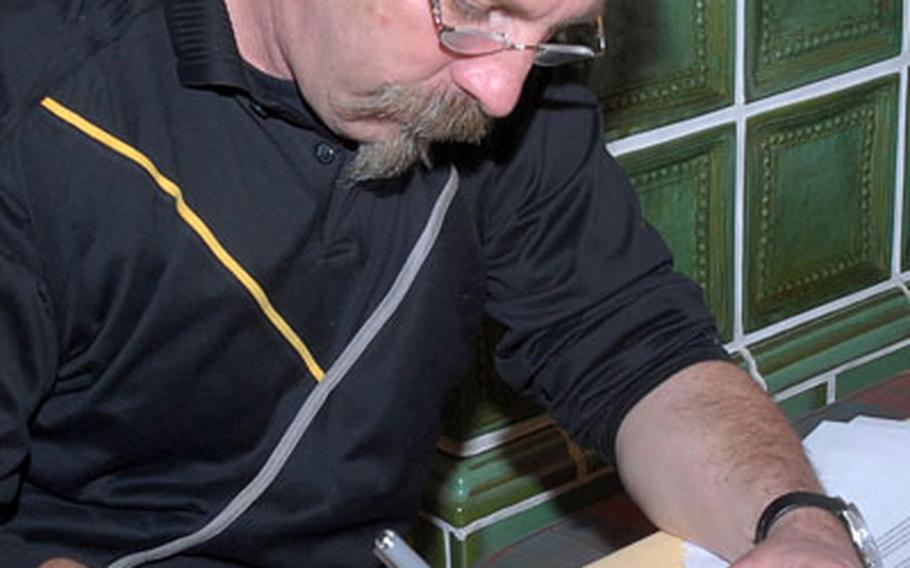 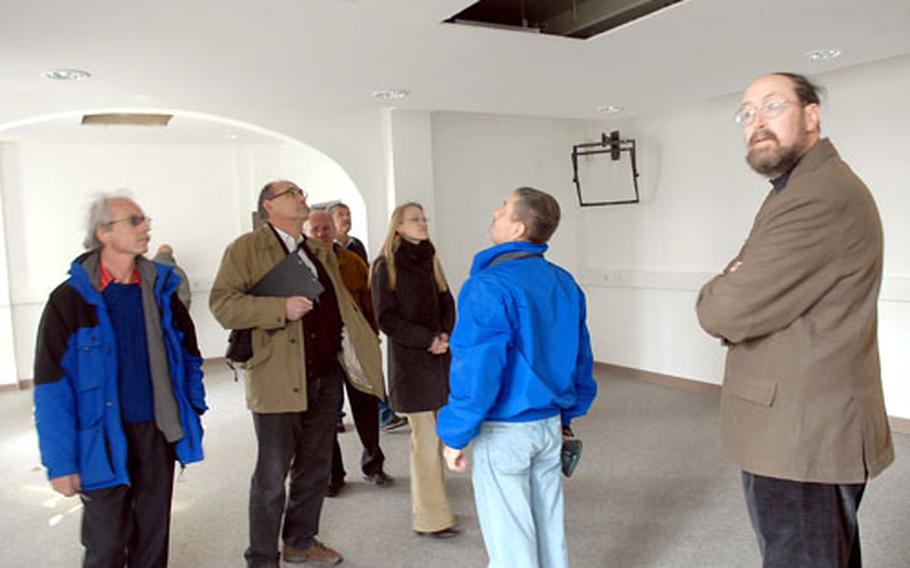 Representatives of the American military and the German government inspect what was once the Division Support Command&#39;s conference room on Harvey Barracks in Kitzingen, Germany. At right is Steve Donnelly, director of public works for the Würzburg military community. (Michael Abrams / S&S) 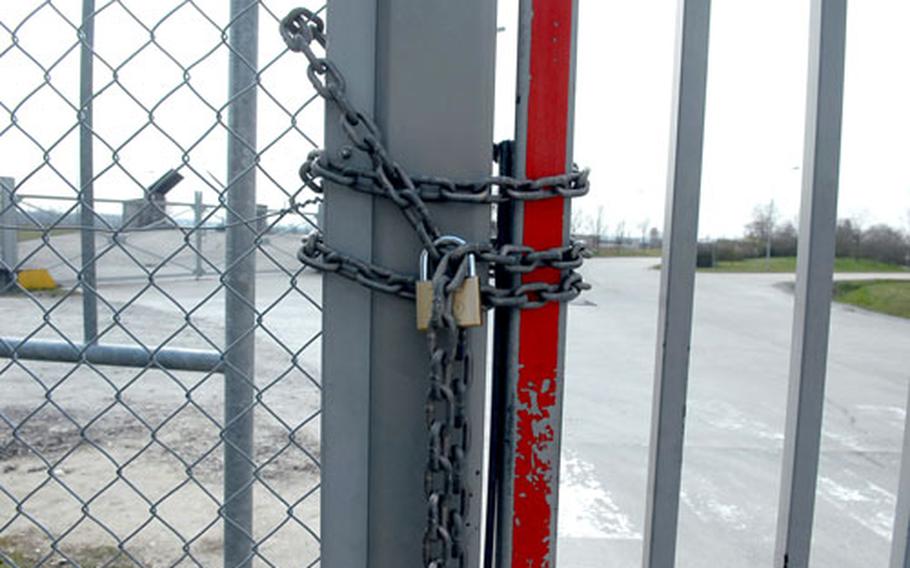 The gate to Harvey Barracks in Kitzingen, Germany, is chained and padlocked shut after the American military officially turned the post over to the local government on Thursday. (Michael Abrams / S&S)

KITZINGEN, Germany &#8212; As legal documents go, the two-page deed was brief and to the point.

After occupying Harvey Barracks in Kitzingen for more than 60 years, the U.S. Army formally returned the 1st Infantry Division base to the German government Thursday.

&#8220;This is it,&#8221; Steve Donnelly said as he watched the informal signing ceremony, held at a German gasthaus in the nearby village of H&#246;rblach.

Donnelly, the director of public works for the W&#252;rzburg military community, nodded in the direction of Wolfgang Dorbath, the signatory for the German federal government.

Less than 24 hours earlier, Larson Barracks, also in Kitzingen, was returned in much the same fashion.

The two installations are among eight 1st ID facilities that have been recently handed back to Germany since it was announced in July 2005 that the division would return to the U.S.

Brad Hannum, who is the stationing analyst for the transformation team, said Faulenberg is slated to be returned later this year, probably September. Officials do not yet know when the hospital site and Leighton Barracks will be relieved of duty. Currently, only a few hundred soldiers remain in the area.

&#8220;It hurts to have this one closed,&#8221; Hannum said earlier in the day as he followed along on the final inspection of Harvey Barracks.

Originally built in 1917, the installation served as a training school for German pilots in World War I. The German Luftwaffe used the base a generation later to train the pilots of dive bombers and pursuit planes.

Toward the end of World War II, even a few fighter jets were stationed there, though the Luftwaffe took great care to hide the planes in the nearby forest. That probably explains why the Allies bombed the base heavily. The Americans took control of it in late 1945.

Neeb used to work for the U.S. Army. For the past 15 years, he&#8217;s been an employee of the German federal government&#8217;s real estate office. He was among a handful of people who participated in the final inspection.

The last U.S. soldier to depart the casern was a captain assigned to the 212th Military Police Company. She left Sept. 2.

Since then, the base, once home to several units, most notably the 1st ID Division Support Command, 701st Main Support Battalion and the 12th Chemical Company, has been vacant.

While Hannum was driving along on the final inspection, he pointed out several buildings, briefly commenting on each one. There was the community playhouse, the gas station, the church and an old wooden building that once served as the local Boy Scout troop meeting room.