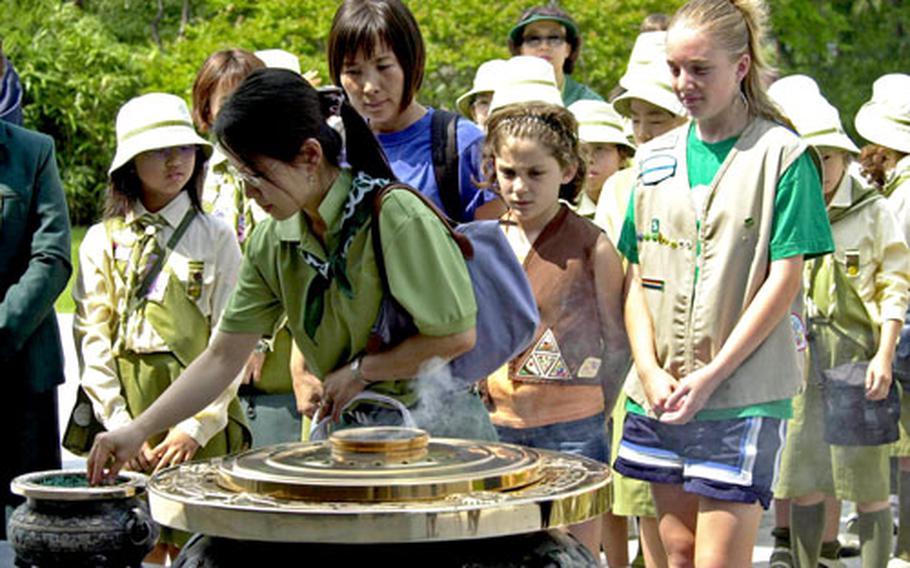 American and South Korean Girl Scouts burn incense Saturday at the base of the Memorial Tower at the National Cemetery in Seoul. (T.D. Flack / S&S)

American and South Korean Girl Scouts burn incense Saturday at the base of the Memorial Tower at the National Cemetery in Seoul. (T.D. Flack / S&S) 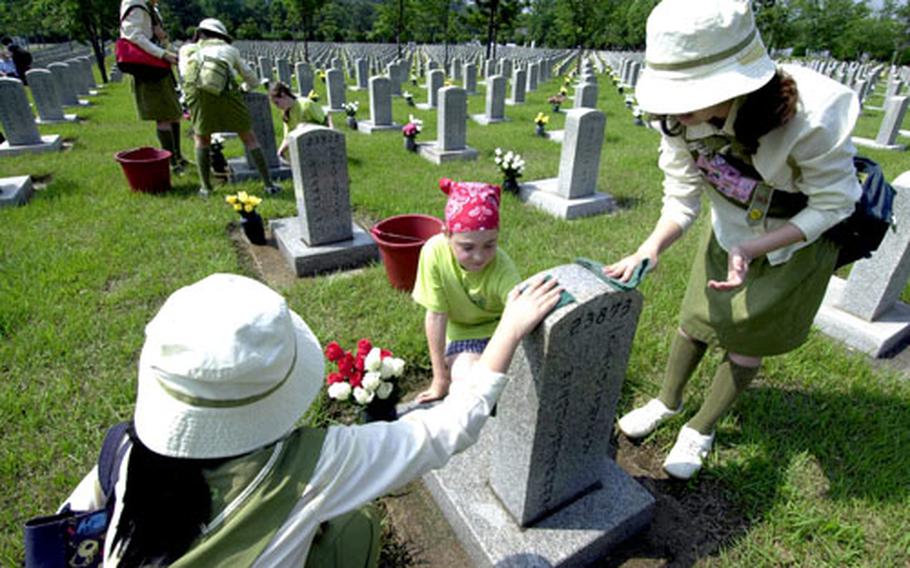 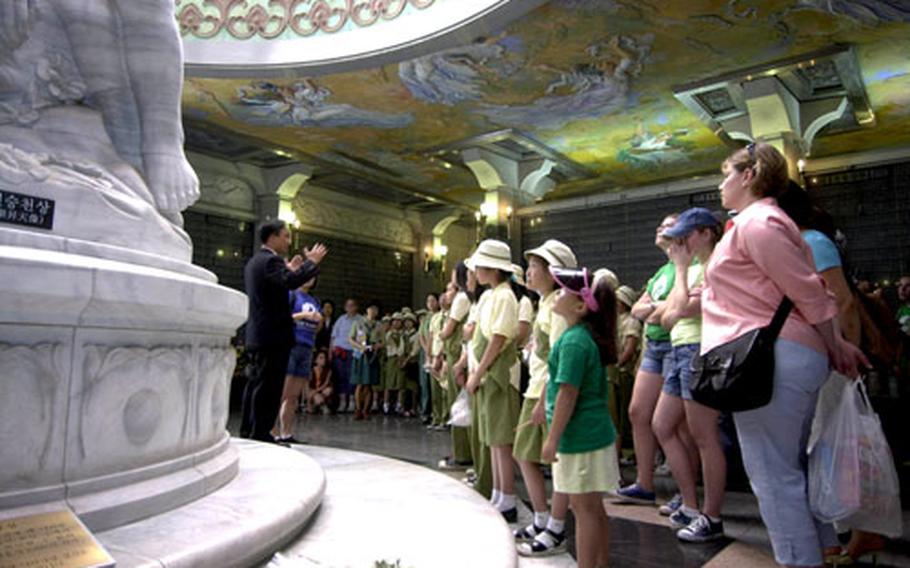 Girls Scouts take a tour of the Memorial Tower at the National Cemetery in Seoul on Saturday. (T.D. Flack / S&S)

SEOUL &#8212; American and South Korean Girl Scouts gathered Saturday at the National Cemetery for the final step in a seven-month process to earn a prestigious Scouting award.

Saturday&#8217;s community-service project involved cleaning several hundred tombstones in the sprawling cemetery. It was the fifth and final project and will earn the girls the Lady Baden-Powell International Friendship Award. Created in 1959, the award can be earned only overseas and &#8220;exemplifies international friendship,&#8221; according to the Scouts.

About 20 girls of all ages from USA Girl Scouts Overseas, based at Yongsan Garrison, joined about 80 South Korean peers from the Seoul Seongnae and Kwang Jin elementary schools.

To earn the award, the girls were required to participate in an event pertaining to the arts, plan and participate in a camp-out, design and create a craft project representative of the local culture, carry out a project benefiting the community and create a story or learn a song in the language of the host country.

Susan Patten, Erica Koonmen and Mi-Kyong Townsend, chairwomen with the American Scouts, worked with South Korean peers Jung Sun-kyo and Kim Myung-ran on a program that would benefit the girls.

Upon arrival at the cemetery, the Scouts were given a tour of the Memorial Tower. Led by a South Korean guide, the girls gathered in front of the tower to burn incense in a brief ceremony. Enshrined in the tower are memorial tablets of 104,000 South Korean soldiers who were declared killed in action but whose bodies were never recovered, along with the remains of 7,000 unknown soldiers whose bodies were found during the Korean War.

After the tour, the girls grabbed buckets and scrub pads and headed for a gigantic section of graves. Each American girl joined a group of four South Korean girls to scrub the stones. Meanwhile, the girls were able to practice English and Korean with each other.

Eight-year-old Sarah Dickenson, sporting a bright red bandanna on her head, chatted with the South Korean girls while splashing water and scrubbing.

She said she was enjoying the day in the sun.

&#8220;My favorite part, probably, was seeing the place with all the soldiers,&#8221; she said, referring to the Memorial Tower.