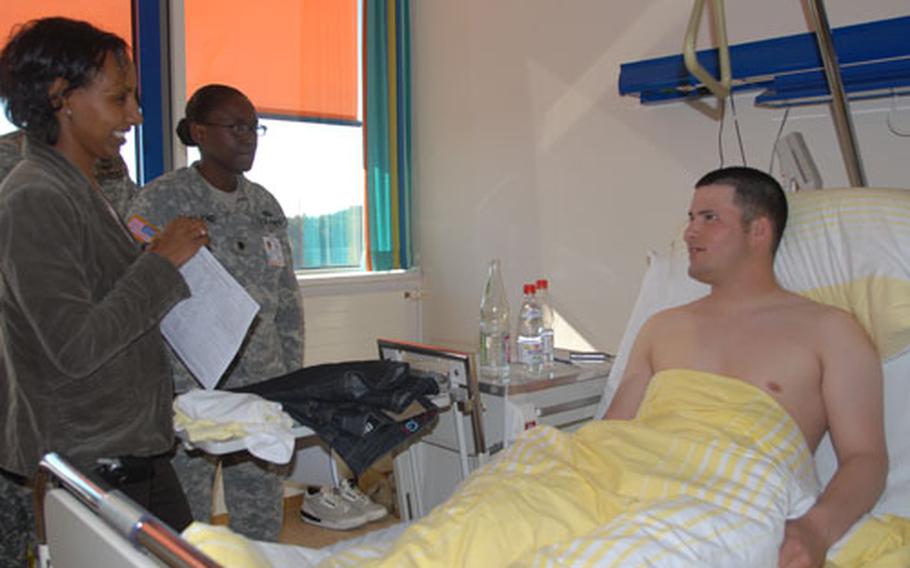 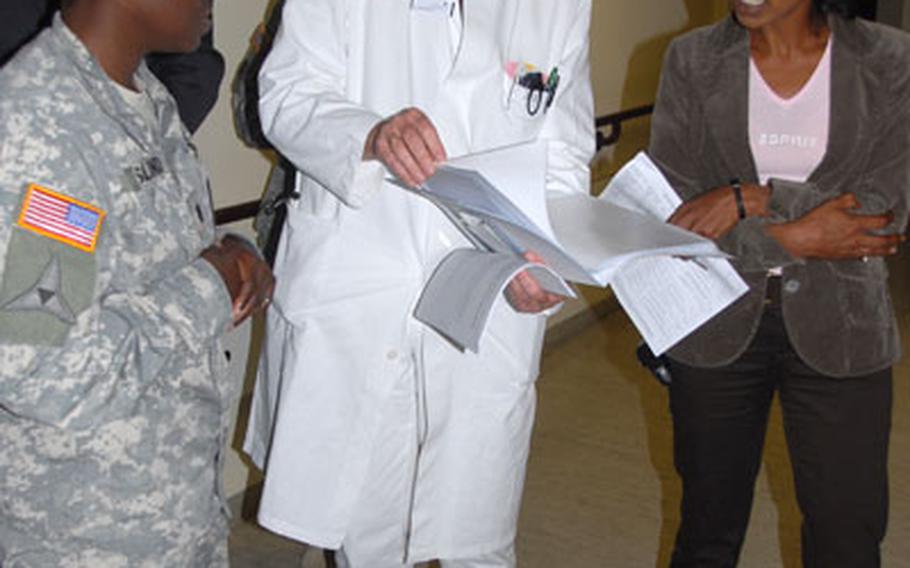 Eschenbach Hospital is caring for more and more American patients due to the rapid buildup of U.S. forces at nearby Grafenw&#246;hr and the downgrading of the only Army hospital in Bavaria from a hospital to a medical center in W&#252;rzburg.

If an American is seriously ill or needs care after hours in Grafenw&#246;hr, they go to Eschenbach Hospital or other German facilities at Weiden or Amberg.

Medical officials at Eschenbach are working hard to make hospital stays as comfortable as possible for American patients, but there is still a large cultural divide between the two nations&#8217; health systems, according to the Grafenw&#246;hr Medical Center commander, Lt. Col. Telita Crosland.

One way the Army is doing that is by providing patient liaisons who visit Americans in German hospitals to address concerns. Americans also can call an English-speaking nurse seven days a week at 0800-825-1600, she said.

Crosland said bridging the cultural divide was one reason why she took a team of health-care providers Thursday from her clinic to the hospital.

The clinic staff heard from Pvt. Calvin Woods, of Anchorage, Alaska, a U.S. soldier who has been at Eschenbach Hospital since Monday receiving treatment for an ingrown hair.

The 535th Engineer Battalion soldier said he tried to perform his own surgery on the hair with a razor before showing up at sick call and getting sent to the hospital. Since he arrived there, he&#8217;s been trying to get sent back to his unit, he said.

The hospital food also is not what Woods is used to.

&#8220;Lunch is the only real meal I get here. I get two croissants for breakfast and for dinner the main meal is cheese,&#8221; complained the young soldier.

Eschenbach Hospital manager Christian Schneider said about 10 percent of the hospital&#8217;s patients are Americans but he expects that to rise to 15 percent as thousands of soldiers move into the Army&#8217;s new off-post military housing area at Netzaberg, about a three-minute drive from the hospital.

For example, Americans can have a hamburger for lunch instead of schnitzel, he said.

Most of the hospital staff speak English, and nurses will start classes next month aimed at improving their English, he said.

Eschenbach Hospital has 80 beds, a surgeon, anesthesiology and internal medicine departments. It is part of the Kliniken Nordoberpfalz network of eight hospitals, including a more advanced facility at Weiden, Schneider said.

&#8220;We are here to give medical care to people in the area around Eschenbach. American people also live in our district, so they also have the right to come to us and get help from the hospital. We have intensive cooperation with the (Grafenw&#246;hr medical center) so they know what we can do. If a patient comes to us, we are always in contact with [the medical center staff],&#8221; he said.

Eschenbach internal medicine specialist Dr. Peter Ernst gave the American medical personnel a rundown of some of the services at the hospital, such as gynecology, breast cancer treatment, X-rays and other scans and outlined which cases should be sent straight to Weiden &#8212; such as serious heart problems and strokes.

Crosland said the visit aimed to give the American health-care providers a better understanding of their German counterparts.

Americans at Grafenw&#246;hr have used the German health-care system for years, especially for things such as obstetrics, because it is such a long trip to W&#252;rzburg.

&#8220;It makes more sense when you look at the population we serve, which is young, healthy people. It would be hard to have a free-standing hospital (at Grafenw&#246;hr) that would address those needs,&#8221; she said.