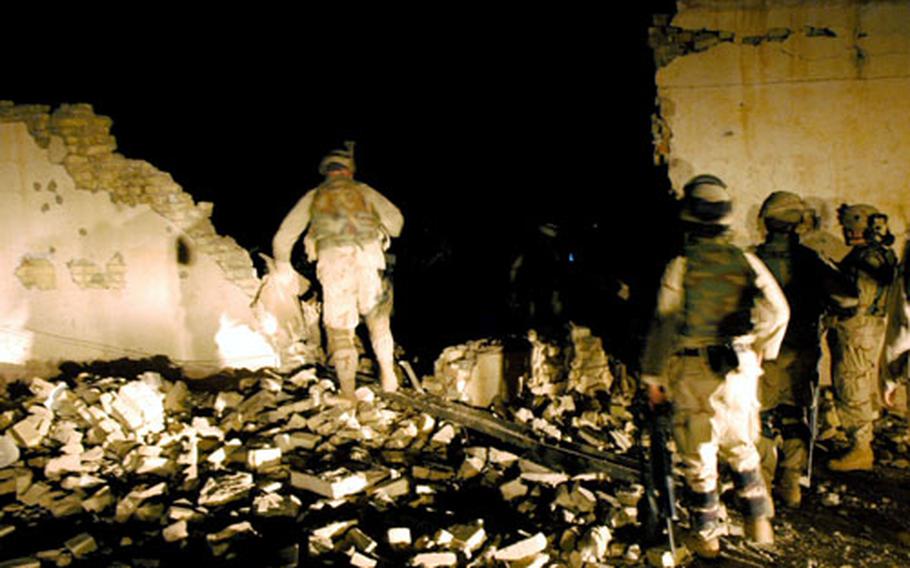 U.S. soldiers do a damage assessment after two 500-pound bombs were dropped on an abandoned slaughterhouse outside Muqdadiyah. Soldiers said the structure was a staging area for insurgents planting roadside bombs. (Andrew Tilghman / S&S)

U.S. soldiers do a damage assessment after two 500-pound bombs were dropped on an abandoned slaughterhouse outside Muqdadiyah. Soldiers said the structure was a staging area for insurgents planting roadside bombs. (Andrew Tilghman / S&S) 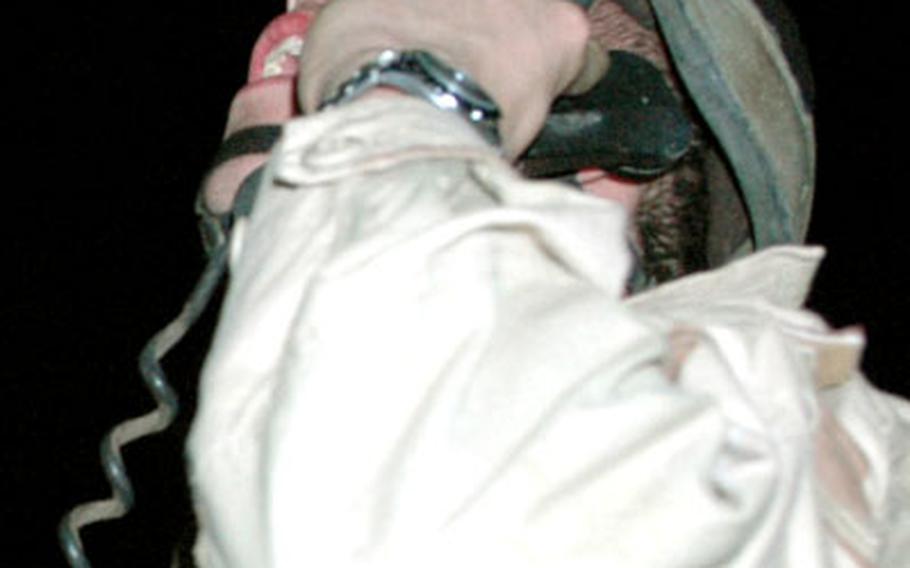 MUQDADIYAH, Iraq &#8212; The abandoned slaughterhouse alongside the main road into the city center had been a problem for months, a hideaway and staging ground for insurgents planting roadside bombs, according to soldiers here.

During the past year, soldiers found more than 30 bombs on the road in front of the large brick structure &#8212; and shortly before last week&#8217;s elections, five bombs were set during a two-day period.

After warning local officials here, the defunct slaughterhouse was reduced to a pile of rubble in a large, muddy crater Wednesday night after a Navy F-14 flew in from the Persian Gulf and dropped two 500-pound bombs through its roof.

The bombing also had a public relations element and was designed to show local residents that U.S. and Iraqi armies are determined to disrupt insurgents.

The mayor of Muqdadiyah joined the team of U.S. soldiers on a rooftop about 600 meters away from the slaughterhouse to watch the precision-guided bombs explode.

Iraqi army trucks with megaphones drove through the city streets blaring a message that the building would be demolished because insurgents were using it. The recorded voice of the local Iraqi army colonel urged residents to stay indoors.

Dozens of residents appeared curious and anxious as they stood by their front doors and watched the dozens of U.S. and Iraqi army troops move into the neighborhood about 8 p.m.

All the same time, though, it&#8217;s not the first time residents have braced for bombs in their neighborhood, the mayor said.

The targeted building was on the edge of the small city here and the two bombs did not damage any homes in the area; they shattered the glass windows on a nearby shed and the owner will be compensated, according to soldiers who assessed the damage.

The morning after the bombing, U.S. and Iraqi soldiers continued knocking on doors and talking to local residents to explain the explosion.

The bombs left a crater the size of a large swimming pool; a portion of wall that remained standing was later demolished to remove all cover for insurgent activity.

Soldiers cordoned off the area surrounding the building several hours before the explosion to ensure no residents were injured.

&#8220;This was not intended to hurt anyone. It was intended to eliminate a building where people were planting IEDs (improvised explosive devices),&#8221; Boberg said.