U.S. Forces Korea employee not slowing down after 50 years on job 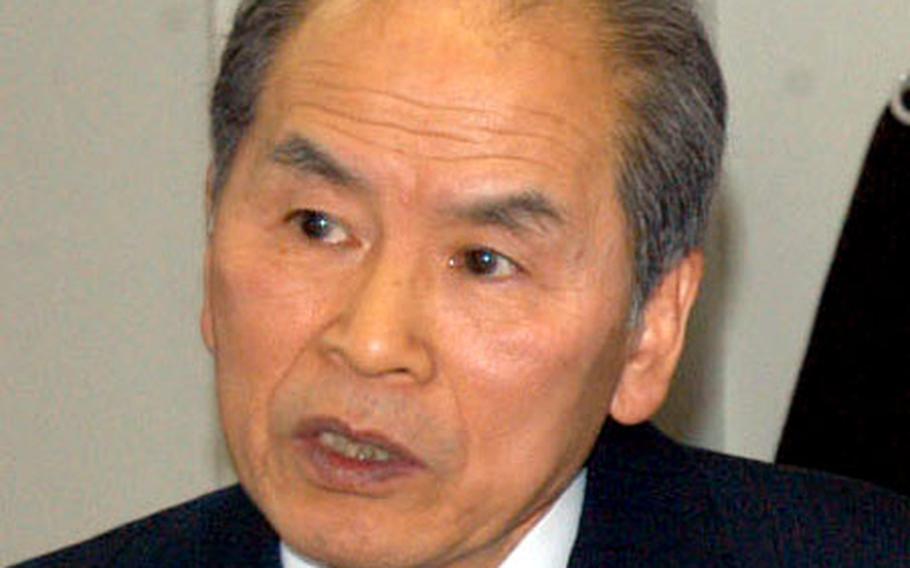 Ku Cha-Yun has worked for USFK for 50 years, starting as a clerk for an ammunitions unit and currently assisting the legal office. (Teri Weaver / S&S)

YONGSAN GARRISON &#8212; Ku Cha-Yun knows about marriages. His own has lasted 43 years and produced four children, who in turn have produced four more marriages and seven grandchildren.

Ku&#8217;s own family is just the beginning. Each year since 1991, he has helped about 400 couples get married through his job at the Legal Assistance Office here at the U.S. military&#8217;s headquarters base in Korea.

Even that, however, is just a small part of Ku&#8217;s legacy to relationships. Ku, 66, has worked for the U.S. military in Korea for more than five decades. It&#8217;s a bond that he sees lasting as long as his bosses will allow.

He celebrated his 50th anniversary with USFK at a December meeting with USFK commander Gen. Leon LaPorte. The Korean keeps on his desk a picture of himself, his wife and LaPorte. It&#8217;s the only family portrait on display in his office.

Ku began his career with the United States during the early part of the Korean War. He escaped from North Korea in 1950 as a young teenager. Leaving behind his mother and brother, he crossed the 38th parallel with an uncle just a few years older.

They made it to an island outside Inchon but got separated, Ku remembers. He took a fishing boat to the mainland and never heard what happened to anyone in his family. &#8220;I cannot always control my emotions,&#8221; he said last week, tearing up as he retold the story. &#8220;Since the war, I&#8217;ve never been in touch with them.&#8221;

He also teared when he viewed the slide show, installed on his office computer, of the meeting with LaPorte. &#8220;I can tell when I was getting emotional,&#8221; he said, looking at a picture of himself reading a brief statement in LaPorte&#8217;s office a few days before Christmas.

By 1952, Ku found work as an ammunition clerk with the U.S. military in the Seoul area. He spoke almost no English, but managed to enroll in night classes. For the next seven years, he left work each night and walked miles first to high school, then college classes.

Within two years, he was made an interpreter. It was this job, beginning in March 1954, that records show as his official anniversary with USFK. He also has worked with housing, processing claims filed by people who move in and out of Korea.