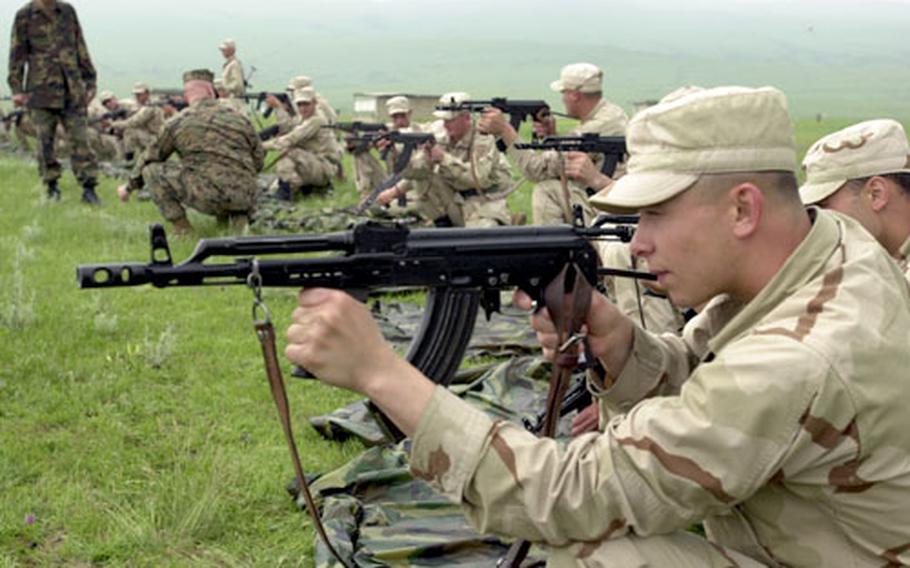 STUTTGART, Germany &#8212; When George Kuparashvili joined the Georgian army as a private in 1992, the equipment he was issued was old and the training was scarce.

Soldiers had little idea how to fight a modern war, he said, and they didn&#8217;t have the technology to do it.

That&#8217;s all changing as the United States and other countries offer training and equipment to the former Soviet republic, said Kuparashvili, a major who serves as the executive officer of Georgia&#8217;s main training base near the capital of Tbilisi.

About 60 members of the U.S. military, led by Marine Forces Europe, are training a brigade of the Georgian army in everything from light infantry to command and control this year in the second part of an effort that started in 2002.

The goal of the program, called the Georgia Sustainment and Stability Operations Program, or GSSOP, is to train and equip Georgian soldiers so they can help in Iraq as well as respond to terrorist threats within their own borders, said Maj. Eric Lehman, who heads the program. The effort serves as a model for how the United States hopes to work with militaries in other unstable regions, such as Africa.

The United States will spend nearly $63 million in the 14-month program, which lasts through April 2006. The money includes $30 million for equipment such as trucks for the Georgians and $10.2 million in renovations to the training center, said Maj. Leon Hill, of the Army Materiel Command. In exchange, Georgia agreed to extend its commitment to the war in Iraq, Lehman said.

This week, Marines trained Georgian fighters how to conduct urban patrols near the main training center, a task they likely will perform in Baghdad. They also learned to perform raids and ambushes. Later, they will be trained in peacekeeping, Lehman said.

By providing hands-on training, the United States is forming important relationships at the ground level, Lehman said. Lehman and others attended their first &#8220;supra&#8221; &#8212; a traditional Georgian celebration &#8212; earlier this year when a Georgian soldier got married.

&#8220;The personal relationships that the soldiers are forming are just as important as the infantry training that we&#8217;re doing,&#8221; Lehman said.

From his perspective, Kuparashvili said, the Georgian military is stronger than it has been since the country won its independence in 1992.