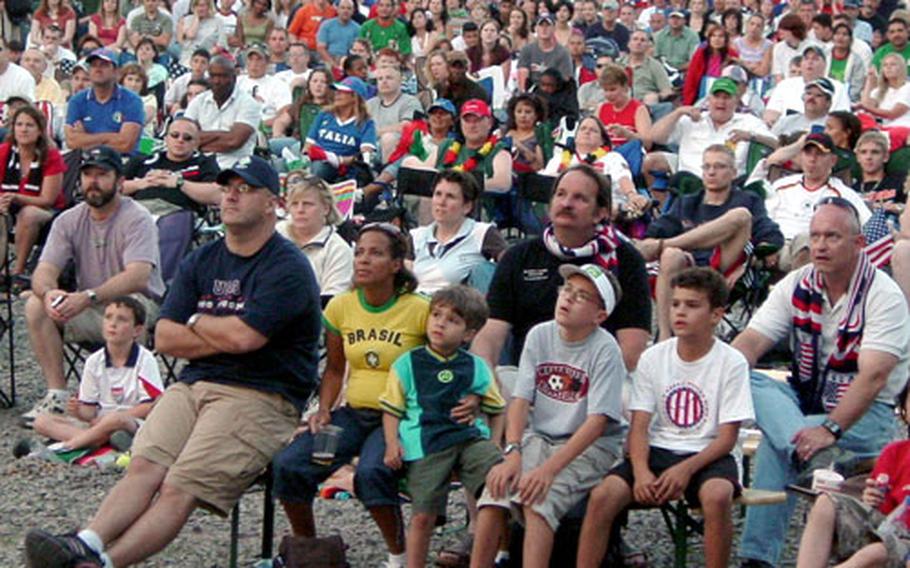 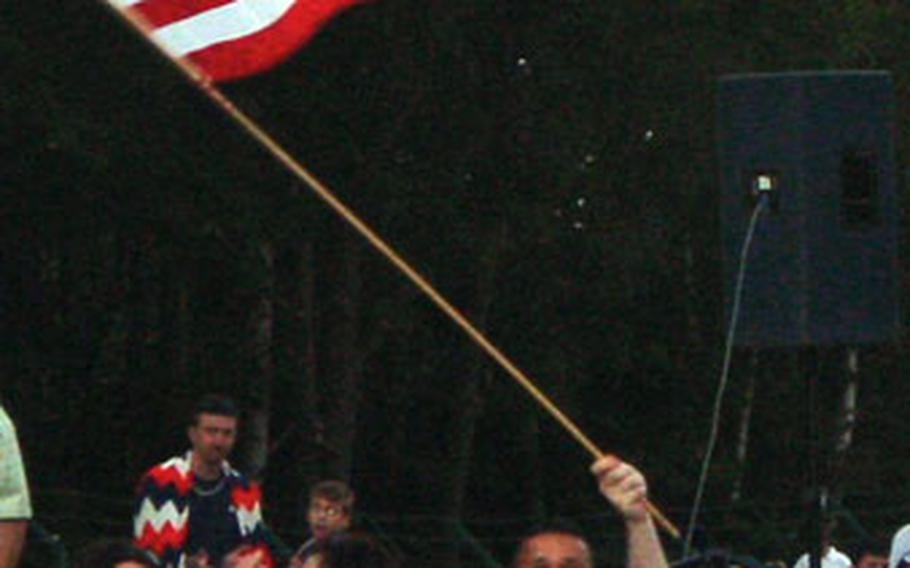 The team&#8217;s gutsy 1-1 draw Saturday night saved some hope of reaching the next round.

The troops stationed in the city they call &#8220;K-town&#8221; said the U.S. team deserved a heap of respect for playing with nine men for 43 minutes to tie the three-time World Cup champions.

A victory over Ghana on Thursday combined with an Italy victory over the Czech Repbulic will put the Americans into the second round.

The game served as a potent adrenaline shot for Americans who began partying well before first half.

The late start providing plenty of opportunity for some &#8220;pre-gaming&#8221; at bars and in the city streets.

City officials predicted as many as 200,000 people would descend downtown due to how close Italy is and the roughly 50,000 Americans stationed at bases spread throughout the area.

Most Americans seized the chance to witness what some have called the United States&#8217; best soccer performances in history. So many people crowded the center of Kaiserslautern that people climbed atop picnic tables and scaled building ledges to see outdoor big-screen TVs.

Americans who didn&#8217;t want to brave the large downtown crowds or fight the traffic gathered at the World Cup Fest at Pulaski Park in nearby Pulaski Barracks. A crowd, filled mostly with families, watched the game on a 400-square-foot jumbo television screen.

Many fans had low expectations of the U.S. beating Italy after the team lost to Czech Republic 3-0 five days earlier.

But the game was filled with the type of drama and action that defied American soccer critics who call the sport boring. The U.S. was down a goal, then tied it 1-1, and then hung onto the draw behind a pair of big saves by goalkeeper Kasey Keller after two players received red cards.

Regardless of the score, some Americans were just happy to be in Germany and enjoying the hoopla and festivities surrounding the most-watched sporting event in the world.

Army Sgt. Keith Noon, a soldier based in Oklahoma, came to Kaiserslautern during his two-week leave from his deployment to Kuwait.

Judging by the many flag-waving Americans dancing in the streets, he wasn&#8217;t the only one.