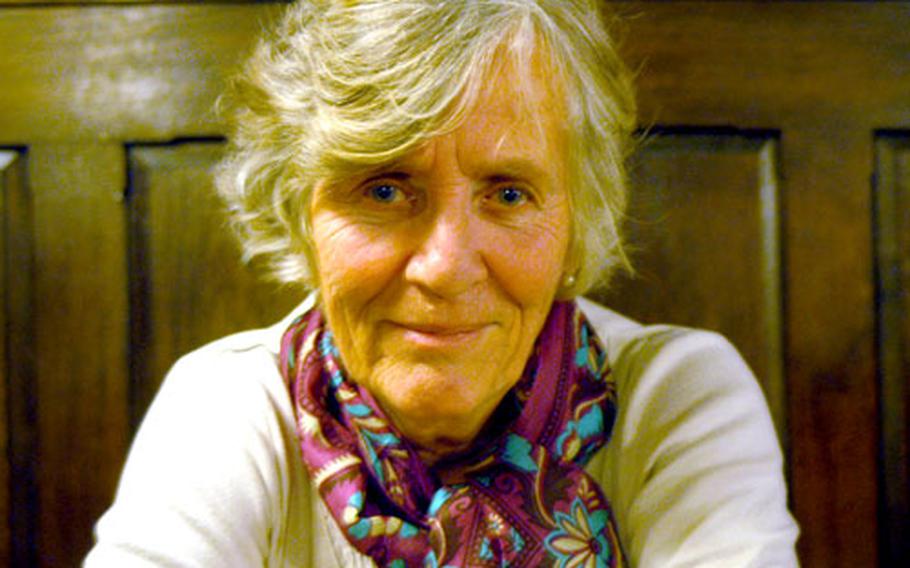 RAF MILDENHALL, England &#8212; It&#8217;s not the answer Lindis Percy was looking for when she took a U.S. flag at RAF Croughton more than a decade ago to use as leverage for an appointment with the American ambassador in London.

Last week, after 11 years of Percy annually sending a letter to the embassy asking to return the flag in person to successive U.S. ambassadors, the embassy responded with a letter asking the well-known opponent of American forces in the United Kingdom to please accept the flag as a gift.

&#8220;As Americans, we keenly value freedom of speech and the right to petition our government for the redress of grievances &#8230; You certainly share our veneration of those rights,&#8221; wrote Air Attach&#233; to the Ambassador Air Force Col. Jeffery Hosken in the Dec. 4 letter. &#8220;In light of the above, we would like you to accept the flag you have in your possession as a gift from the United States Government.&#8221;

Percy said she was disappointed that her long-standing effort to land a meeting with a top U.S. official appeared to have failed, but found humor in the letter.

She said she also appreciated the sentiments in being presented the flag as a recognition of a shared value system, but thought its offer actually had more to do with removing a nuisance.

The saga of the flag began in 1995, when U.S. security forces could do little to stop activists such as Percy &#8212; who has a long history of challenging the American military&#8217;s presence in England &#8212; from simply walking onto American military facilities in the U.K.

To demonstrate her disapproval of U.S. presence and its missile defense system one day in 1995, Percy took down a large flag flying at RAF Croughton, she said.

Percy insists she didn&#8217;t steal the flag, and has always had every intention of returning it unaltered to U.S. hands &#8212; but only in person to whom she considers the official &#8220;keeper of the flag,&#8221; in Britain, the U.S. ambassador, an office currently occupied by Robert Tuttle.

The irony of the situation, she said, is that she doesn&#8217;t consider the American flag to be a symbol of freedom or democracy, and members of her activist group, the Campaign for the Accountability of American Bases, regularly fly American flags mounted upside down as part of their protests.

Hosken said the embassy had no further comment on the matter, saying the letter to Percy &#8220;speaks for itself.&#8221;

Percy said she had no particular plans for what she would do with her gift from the embassy, but specified she wouldn&#8217;t use it for something Americans would find particularly offensive.

The only thing left to do, she said, is to write a letter to Tuttle to thank him for the gift &#8212; and to mention a few other topics while she is at it.