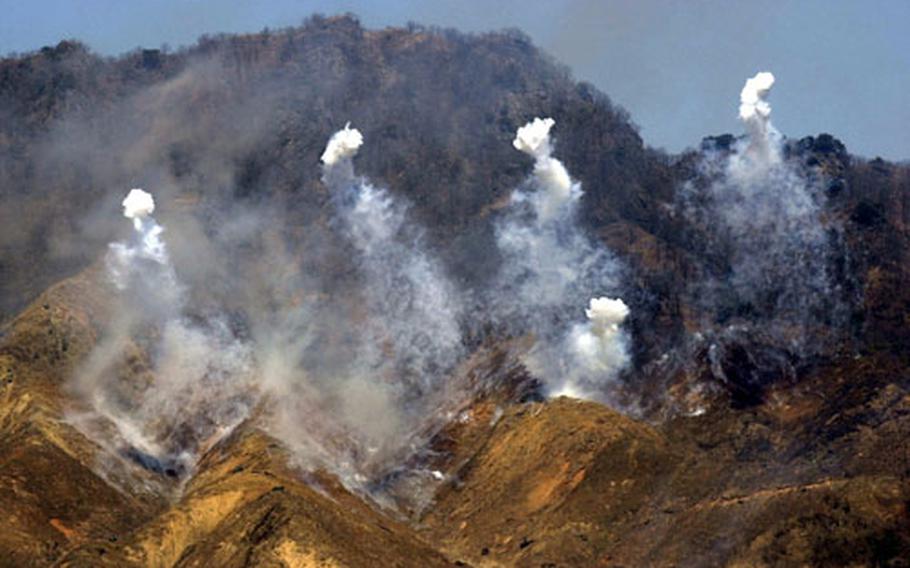 Smoke rises from explosions as targets on a hillside are fired upon during a live-fire training exercise Thursday at Rodriguez Range in South Korea. (Jon Rabiroff / S&S)

Smoke rises from explosions as targets on a hillside are fired upon during a live-fire training exercise Thursday at Rodriguez Range in South Korea. (Jon Rabiroff / S&S) 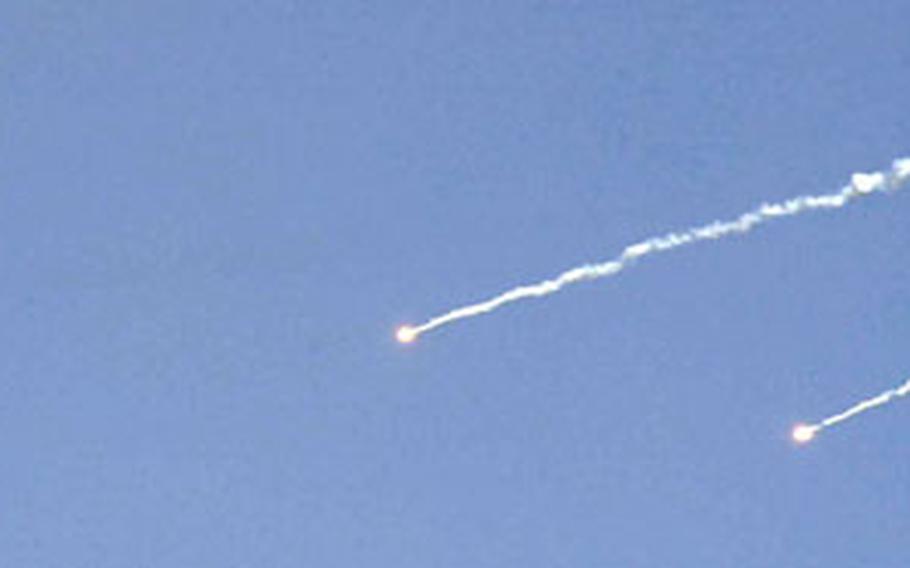 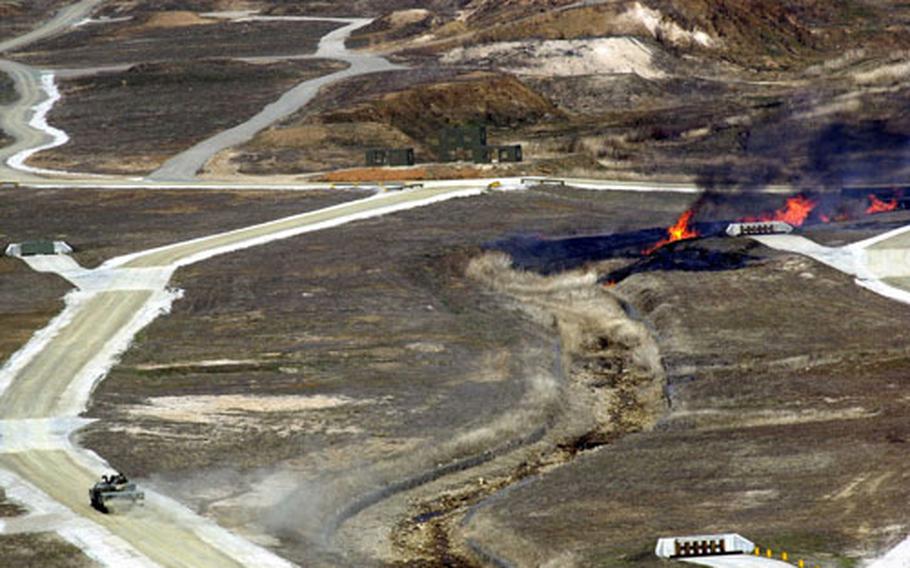 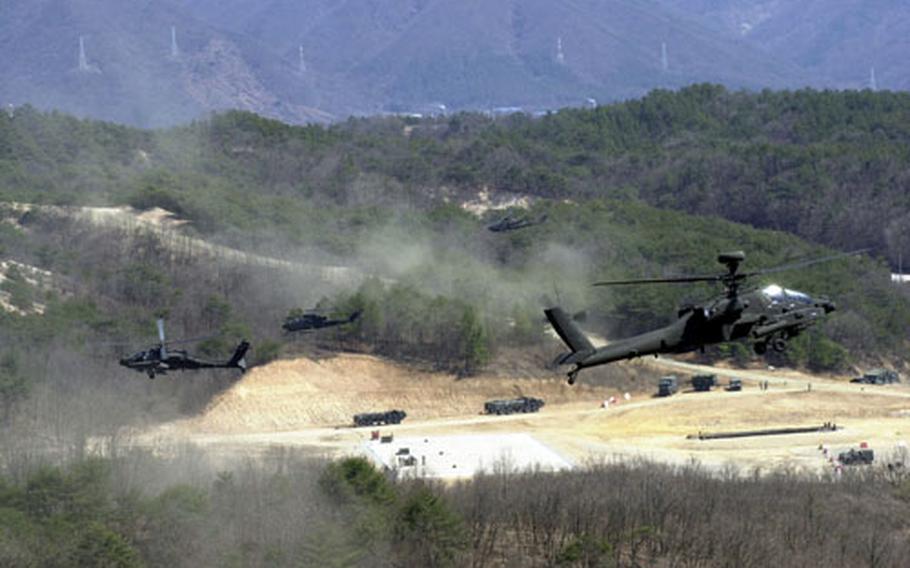 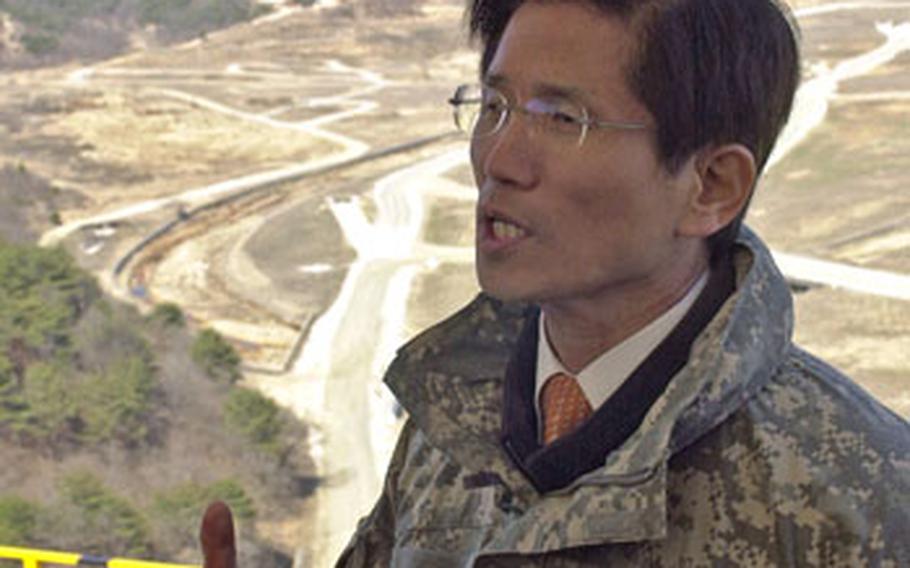 As smoke rises from a hillside after the exercise, Gyeonggi Gov. Kim Moon-soo tells media members, "The Korean people should feel assured that the strong alliance between the U.S. and South Korea will keep South Korea safe." (Jon Rabiroff / S&S)

RODRIGUEZ RANGE, South Korea &#8212; The U.S. and South Korean militaries on Thursday staged a large live-fire exercise 15 miles south of the Demilitarized Zone, but officials insisted the event was not meant as a warning to North Korea.

&#8220;There is not a message we are sending to any particular audience,&#8221; said Col. Thomas C. Graves, commander of the 2nd Infantry Division&#8217;s 1st Heavy Brigade Combat Team. &#8220;The message that comes out of this is the strength of the [U.S.-South Korean] alliance across the board.

The exercise came on the birthday of Kim Il Sung, North Korea&#8217;s founder and the father of current leader Kim Jong Il &#8212; and a day after the Korean Central News Agency reported the recent staging of a major military exercise in North Korea to mark the anniversary.

Kim Jong Il was pleased by that exercise, the agency reported, and how it showed his forces were prepared to &#8220;beat back any surprise attack of the enemy in time and defend the socialist country as firm as a rock.&#8221;

U.S. and South Korean military officials said Thursday&#8217;s exercise had been in the works for months, and Graves said that when he picked the date for the event, he had no idea of its significance in North Korea.

U.S. and South Korean soldiers trained together for months in advance of the hourlong exercise, which featured such fighting assets as Bradley fighting vehicles and Black Hawk helicopters, as well as F-16 Falcons and A-10 Warthogs.

As a host of VIPs &#8212; including U.S. Forces Korea commander Gen. Walter Sharp &#8212; looked on from a nearby hilltop, the combined forces simulated a fight with North Korean forces clearly in mind.

Graves said the exercise replicated a battle against &#8220;a modern, heavy mechanized, armored force, which is not the threat you have in Iraq or Afghanistan at this time.&#8221;

&#8220;This takes an extraordinary amount of coordination, and working together and appreciating each other&#8217;s weapons systems so they can complement each other toward the military objectives,&#8221; he said.