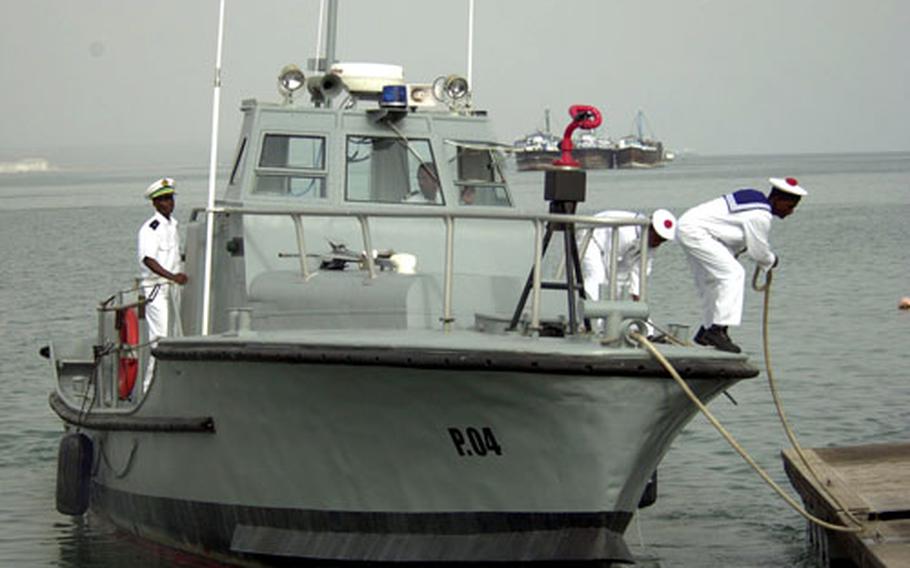 A Djiboutian naval crew pushes off from the pier in one of the refurbished patrol ships donated by the U.S. government during a Thursday morning ceremony. (Joseph Giordono / S&S)

A Djiboutian naval crew pushes off from the pier in one of the refurbished patrol ships donated by the U.S. government during a Thursday morning ceremony. (Joseph Giordono / S&S) 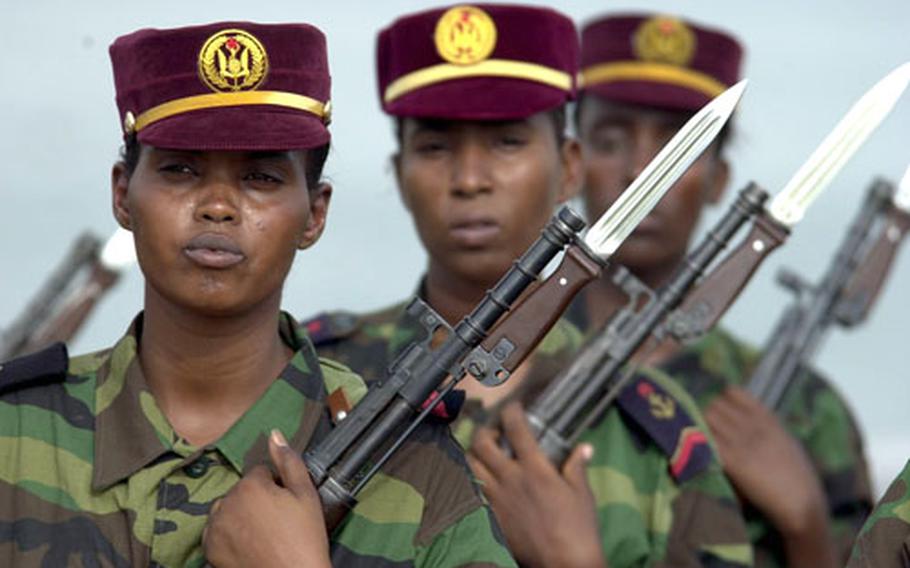 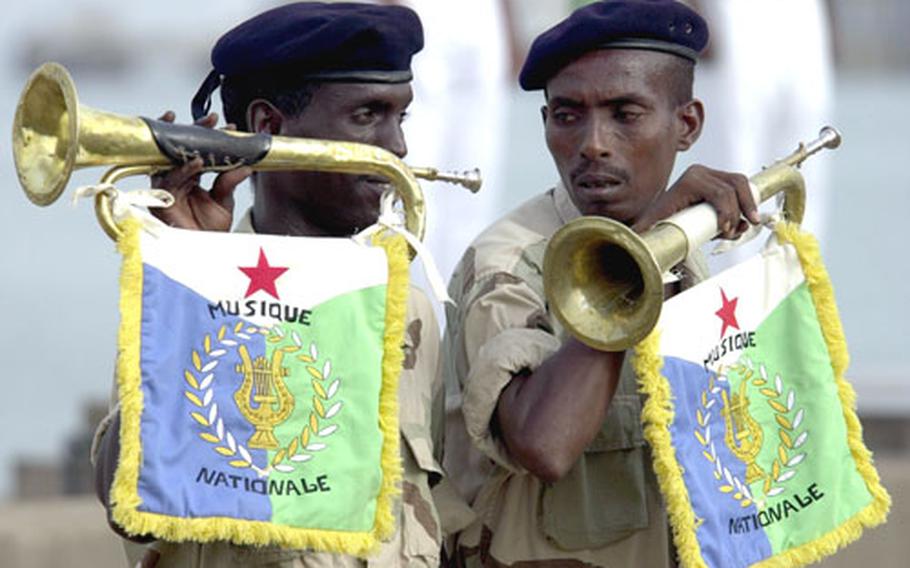 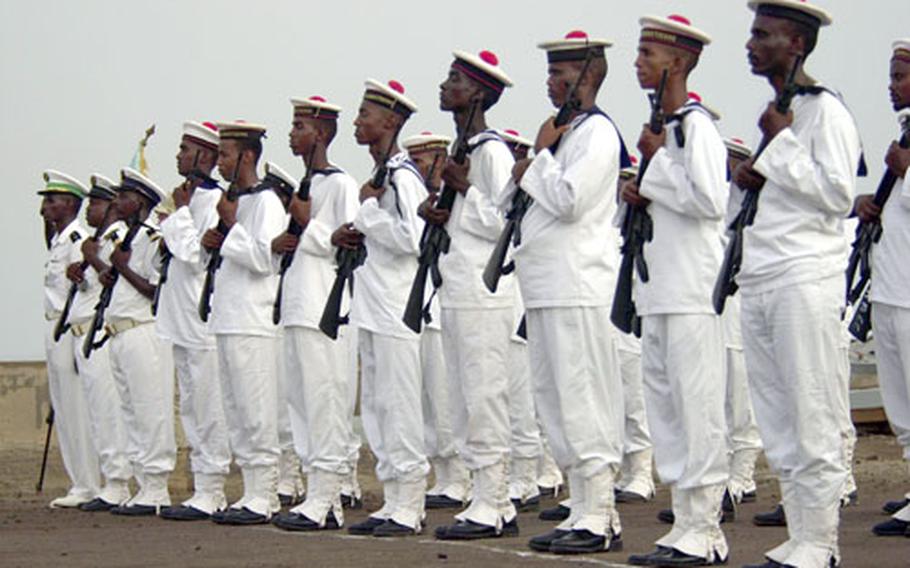 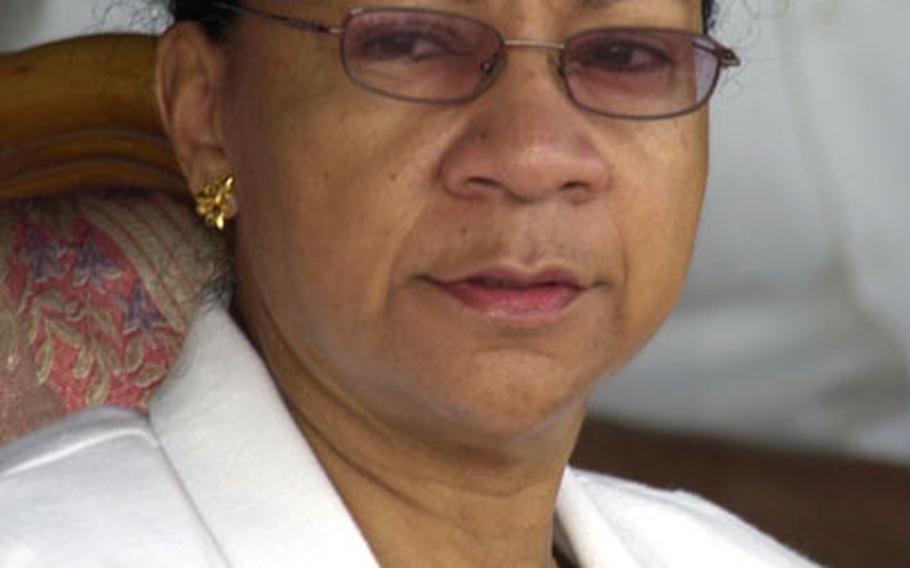 The 44-foot boats are part of the Foreign Military Financing program, through which the U.S. government equips and arms its allies. Since early 2003, with the establishment of the now 1,500-strong Combined Joint Task Force Horn of Africa, Djibouti has quickly become one of the most strategic of those allies.

Sitting along the Gulf of Aden and bordering Somalia, Eritrea and Ethiopia, Djibouti has come to be the center of an American effort to pre-empt fundamentalist Islamist terrorists from expanding their operations in northeastern Africa and Yemen.

Although the ships were not specifically associated with CJTF-HOA, their purpose was clear.

&#8220;These really are the only extended-range craft in the Djiboutian navy,&#8221; U.S. Navy Cmdr. Randy Geuy said after the hand- over ceremony on a muggy and hazy morning. &#8220;They have capabilities now to patrol into waterways they could not reach before.&#8221;

The waters off Djibouti are the site of both large amounts of trade and criminal activity &#8212; smuggling and terrorism. The American, French and Djiboutian navies have been training and patrolling those waters together.

As part of the package delivered Thursday morning, an American naval team from CJTF-HOA will spend four weeks training the crews of the new boats. A fifth craft &#8212; to be used as a &#8220;parts farm&#8221; and cannibalized to keep the other boats afloat &#8212; was also handed over, officials said.

The boats were formerly part of the U.S. Coast Guard and had been completely refurbished before they were handed to the Djiboutians.

&#8220;These boats allow Djibouti&#8217;s navy to significantly improve its security operations in the Gulf of Tadjourah and will significantly improve its coastal patrol capability in the Gulf of Aden along Djibouti&#8217;s northern and southern coasts,&#8221; U.S. Ambassador to Djibouti Marguerita Ragsdale said, shortly before handing the keys to the boats to Djiboutian officials. &#8220;Specifically, each boat is equipped with some of the finest marine electronics available and each boat will allow the Djiboutian navy longer-range patrol capability.&#8221;

The boats have a range of around 350 miles, U.S. officials said.

Before Thursday, the Djiboutian navy consisted of a handful of small patrol craft that had been built in Eritrea and Italy. The Djiboutian coast guard also has about a dozen small craft that patrol the harbors and piers.

&#8220;But before these new boats, we had no capability to go out in heavy seas. These boats, they give us the capability to spend five days at sea,&#8221; said Lt. Ahmed Daher Djama of the 300-man Djiboutian navy.

&#8220;They have night vision, GPS (Global Positioning System), all the new naval systems. So they are very useful for patrol.&#8221;