U.S. command in U.K. to end as ties remain 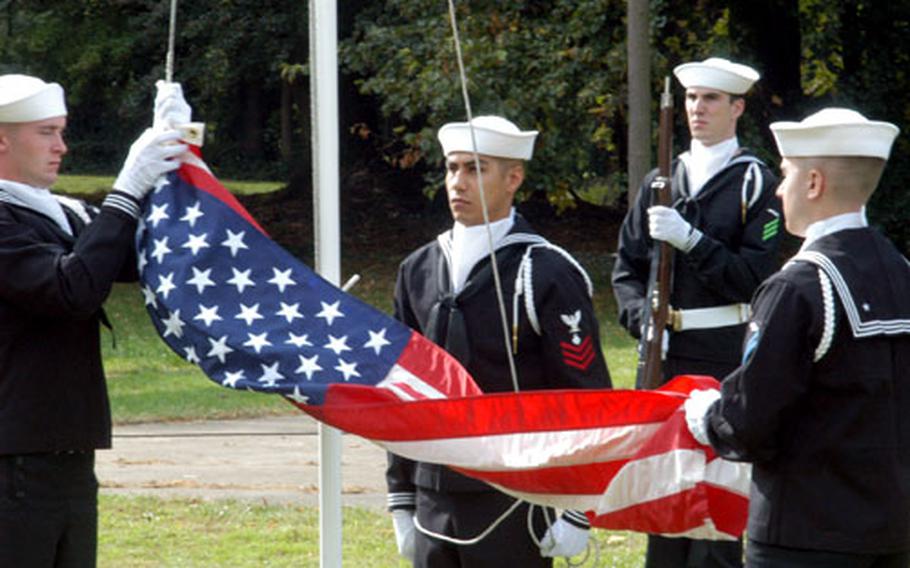 Sailors from U.S. Naval Activities United Kingdom cased the flag for the last time Friday at RAF Daws Hill, west of London, at the end of a disestablishment ceremony for USNAUK. (Geoff Ziezulewicz / S&S)

Sailors from U.S. Naval Activities United Kingdom cased the flag for the last time Friday at RAF Daws Hill, west of London, at the end of a disestablishment ceremony for USNAUK. (Geoff Ziezulewicz / S&S) 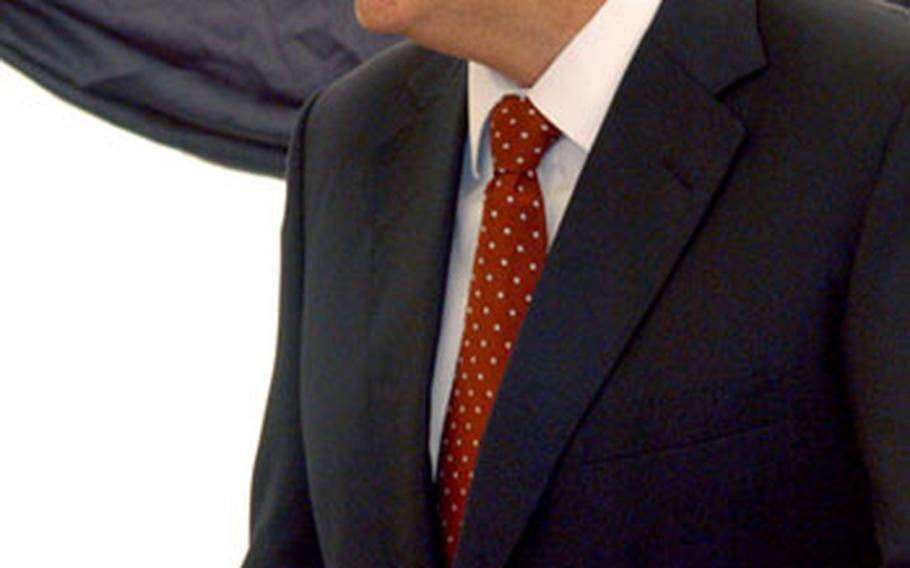 RAF DAWS HILL, England &#8212; Even when they were at war, the United States and United Kingdom were influencing each other.

But, Harrison said Friday, even that had overtones from across the pond. The tune Key used is an old British drinking song.

Remembering the durability of the U.S.-U.K. connection was a prominent part of a disestablishment ceremony Friday for U.S. Naval Activities United Kingdom, a command that is about to end after more than 50 years. The formal closing date for the command is Sept. 28.

While many may criticize the intelligence agencies from both countries these days, the CIA said in 1949 that the United Kingdom was America&#8217;s greatest ally, Harrison said.

But the world is changing, and a Cold War-era posture that dictated such a presence has changed as well, U.S. Ambassador Robert Tuttle said. &#8220;The threats we&#8217;ve faced have altered,&#8221; Tuttle said.

Before beginning its drawdown about three years ago, the commander for Navy Region Europe was based in and around London.

But things have continuously shrunk since the headquarters moved from London to Naples, Italy, in 2004. The decision to close Navy facilities around London was made early in 2006.

To date, about 20 out of 800 naval staff with the command remain in England, according to officials.

The departure of the Navy from England can be done without worry, because the relationship between the two countries is so strong, Tuttle said.

Tuttle also used the ceremony to sound off against Iran, saying the United Kingdom had contributed naval resources in the Persian Gulf as a show of force with their U.S. counterparts.

&#8220;Change is all around us,&#8221; Navy Region Europe Commander Rear Adm. Michael Groothousen said during the ceremony.