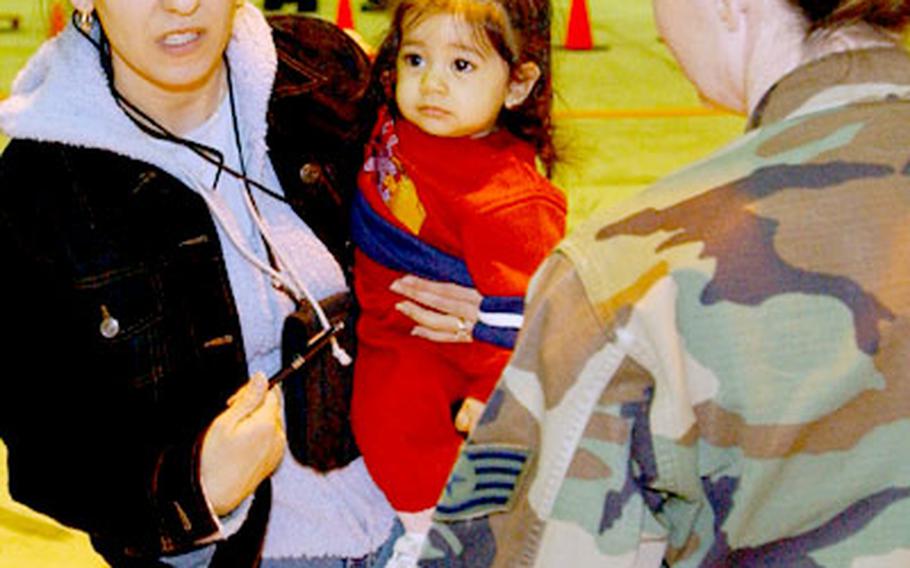 At least two leased jetliners with U.S. civilians on board were scheduled to leave Incirlik Air Base in Turkey for Rhein-Main Air Base, Germany, on Thursday afternoon.

But a number of complications &#8212; including diplomatic issues &#8212; delayed the voluntary evacuation of U.S. civilians from Incirlik for about 24 hours, well after the first bombs and missiles hit Baghdad.

Turkish military authorities were concerned about possible military traffic in the region &#8212; airstrikes and cruise missile attacks &#8212; and postponed the flights, according to authorities close to the Turkish General Staff.

&#8220;They were just taking precautions,&#8221; said a source, who cannot be identified by name under Turkish military regulations.

Other State officials said simple red tape, including a U.S. plane transiting through Incirlik to Operation Enduring Freedom in Afghanistan without proper paperwork, may have snarled flights.

Since the evacuation was voluntary and not ordered by the State Department or Air Force, Incirlik officials didn&#8217;t know how many of the approximately 300 U.S. civilian employees, 60 Department of Defense Dependents Schools teachers and 2,000 family members will take advantage of the government&#8217;s offer of free transportation, Edmonson said.

Five evacuation planes were scheduled to fly the approximately 2,000 miles from Incirlik to Rhein-Main at four- to six-hour intervals, according to Air Force 1st Lt. Uriah Orland, a Rhein-Main spokesman.

Those on board will continue to Charleston Air Force Base, S.C., where they&#8217;ll continue to their homes of record or, in the case of teachers, to assignments in Washington, according DODDS officials.